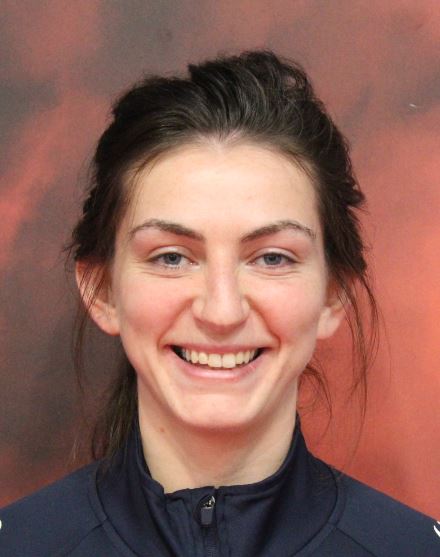 After joining GB Boxing’s Podium Potential squad in 2018, Karriss enjoyed a breakthrough year in 2019 in which she established herself as an elite international boxer on the world stage.

In September 2019 she won a silver medal at the European championships in Madrid defeating the highly experienced Bulgarian, Stanimira Petrova and home nation favourite, Jennifer Romero Fernandez, on the way to her first medal at a major international tournament.

A month later she won a bronze medal at the world championships in Russia. Showing the best form of her career, Karriss, looked on course for the final until she was controversially defeated 4-1 in her semi-final by Nesty Petecio of the Philippines, in a bout which many observers felt Karriss had won convincingly.

She was one of seven Army boxers to make it to the finals in the 2018 England Boxing Elite National Championships where she won the featherweight title that first secured her an assessment with GB Boxing.

Karriss secured guaranteed her place at the Olympic Games in dramatic style at the Boxing Roadd to Tokyo qualifier in Paris in June 2021.  Having narrowly lost her quarter-final, she defeated Sweden’s Stephanie Thour in a winner-takes-all ‘box-off’ to secure the last place at the Tokyo Olympic Games in the women’s featherweight division.