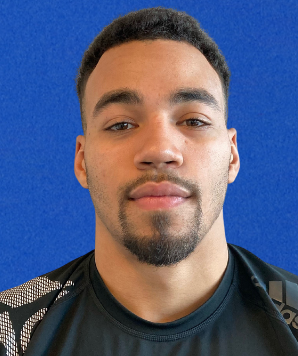 Conner started boxing at the age of eight after his mum saw an advert in a newspaper about a boxing club that had been set-up in Moss Side Fire Station.  The aim was to provide an outlet for Conner’s energy and the eight-year-old quickly showed an aptitude for the sport which also helped to build his confidence

After a victorious first bout at the age of 11, Conner progressed through the sport and won England Boxing titles as a Junior and a Youth, which resulted in him being selected to represent England at the World and European Youth Championships in 2018, where he won middleweight bronze at both events.

Conner’s international success as a Youth boxer earnt him an assessment with GB Boxing and after attending a series of training camps, he was offered a place in the squad as part of the world class performance programme in the latter part of 2019.

Although his preferred category is light-heavyweight, Conner was selected by GB Boxing to compete in the newly created cruiserweight division (86kg) at the 2021 World Championships in Belgrade, where he delivered a series of excellent performances to reach the quarter-finals.  He was one of the team’s best performers at the competition and agonisingly missed out on his first major international medal as a senior when he narrowly lost by a split decision (3:2) to Victor Schelstrate of Belgium in his quarter-final.  It augured well for future success at major championships where Conner aims to compete in his favoured light-heavyweight division.

Conner describes his style as “explosive” and his favourite boxers include Gennady Golvkin and Vasyl Lomachenko. When he is not training and competing, he is an Ambassador for a Manchester based charity, the Mavericks Star Trust, which uses sport and boxing as a means to help people and clubs in deprived parts of the city.