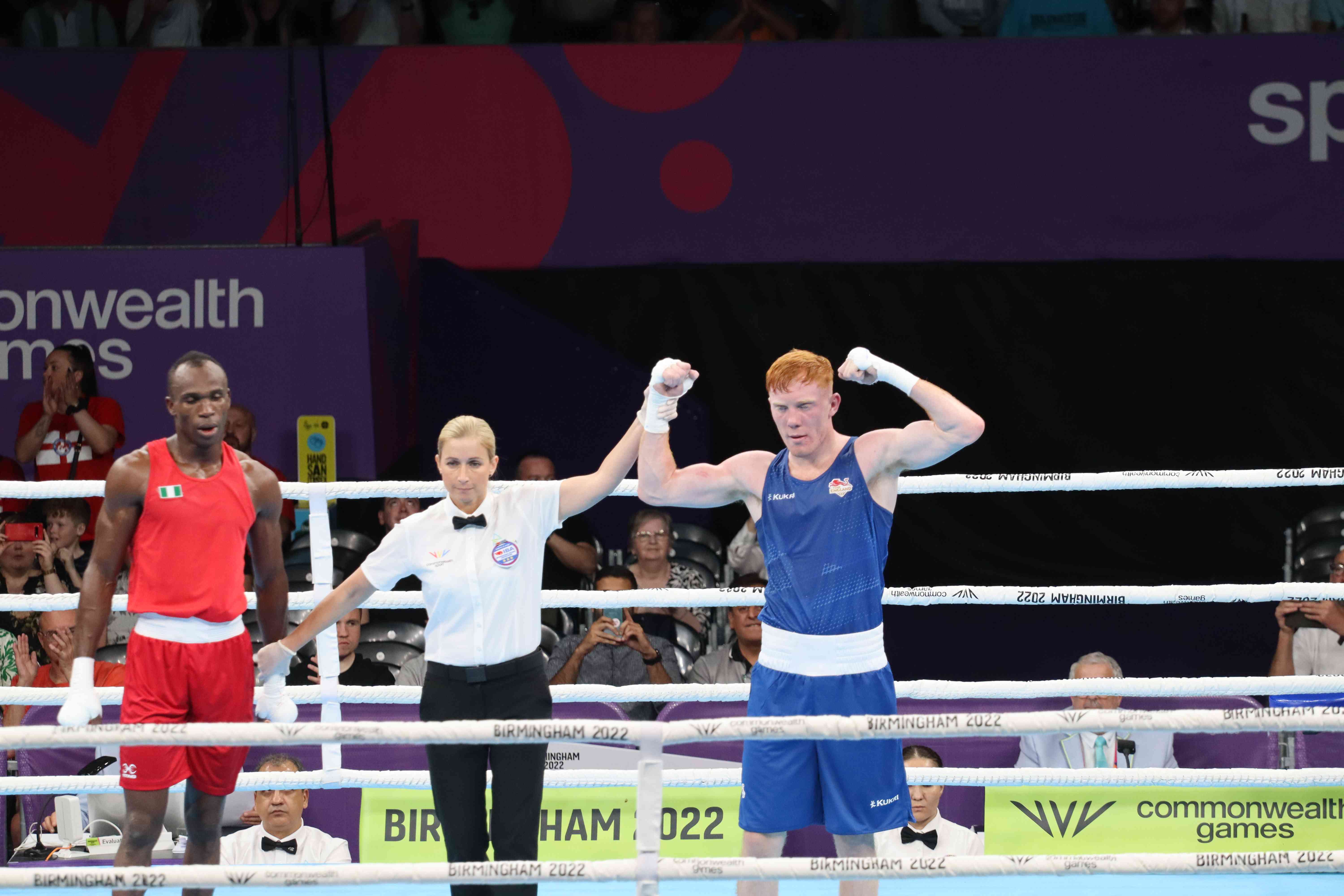 FIVE boxers continued the impressive form from GB Boxers at the Commonwealth Games in Birmingham by reaching the quarter-finals.

There was disappointment on day four however as Niall Farrell suffered defeat in his featherweight bout.

Jake Dodd put in a memorable performance on his Commonwealth Games debut when he stopped Lethoso’s Retselisitsoe Kolobe in the second round of their flyweight contest.

The Welshman will now face Clepson Antonio Dos Santos Paiva of Northern Ireland for a chance to guarantee a medal.

Dodd said: “I’m excited. I needed that win. I did exactly what I said I was going to do especially in the first round, I was able to slow him right down.

“I still can’t quite believe I’m here at the Commonwealth Games! I just want to thank everybody for the support both my friends and family and everyone on social media and watching at home as well.”

The first GB boxer to compete in the evening session was Kiaran MacDonald.

The European silver medallist wasted no time in asserting his dominance over Sri Lanka’s Vidanalage Senevir in a confident and comfortable unanimous points decision.

The North East boxer is now one win away from a medal should he beat Botswana’s Otukile Mahommed in the next round scheduled to take place on Thursday 4th August.

MacDonald said: “He’s a great competitor but I feel his game is to stand and have a trade-off so you’ve always got to be hitting and moving. I was giving him half a target so he wasn’t sure what he was hitting.

“I felt like I was a level above today and I’ve just got to build on this for my next performance.

“Sitting in the Commonwealth Games village is long really when you’ve got to wait for your bout and you see everyone winning.

“You’ve got to get on and concentrate on yourself, we are a great team here but everyone is in for themselves. I feel like if every boxer keeps winning, everyone is going to emulate that and push on and hopefully we get as many gold medals as we can.”

After a lengthy spell out of the ring with an arm injury, Gemma Richardson quickly ensured she was back to winning ways during her lightweight last 16 clash.

She outpointed Scotland’s Megan Reid across all three rounds in a dominant unanimous victory to seal a place in the quarter-final where she’ll face the Isle of Man’s Jade Burden.

Richardson said: “It feels amazing. There is always nervousness going into that first fight in the tournament after so long out, so to get the win is amazing. I want to get in there again.

“When I first got my injury, I was told I wouldn’t box this year. I said no, the one competition I’m making it back for is the Commonwealth Games. To get to the last eight already is great for my confidence.”

Light-heavyweight Aaron Bowen made his first appearance at the Games and looked assured throughout the duration of his clash with Nigeria’s Innocent Ehwarieme.

Following his unanimous points victory, the boxer from Coventry will now box India’s Ashish Kumar for a place in the semi-final.

Bowen said: “I just tensed up a little bit as it was my first fight of the Games with a home crowd. I had 100 people here so things to work on for the next round but happy with my performance and stuck to the game plan.

“It means the world [to be out here as a local lad]. That felt like the final, the atmosphere was that good. I was celebrating as if I’d won the final, I was buzzing.

“Since I started boxing I’ve seen the Commonwealth Games and I’ve always wanted the senior one. To get it as a youth was amazing but it was a stepping stone for this one.

“I never thought I’d get here and now I am I want to take the opportunity with both hands.

“That’s 50 percent of me and I thought I boxed well. I’ll watch it back but going in I feel confident now. I’m defending well, I’m punching better, I’m fit and the nerves have gone now.”

In the final bout of the day, Wales’ Taylor Bevan carried on where he left off in his opening bout by once again stopping his opponent within the three rounds.

This time it was Jancen Poutoa of Samoa who was unable to last the distance against Bevan who will now face Jerone Ennis of Jamaica in the quarter-finals.

England’s Niall Farrell was also in action on day four however in his featherweight contest he was  stopped in the first round by his opponent, Jude Gallagher of Northern Ireland, and as a result exits the competition at the last 16 stage.

Five boxers from the GB Boxing squad will all compete for the first time at the Commonwealth Games tomorrow (2nd August).

Up first is European bronze medallist Ioan Croft of Wales who at 13.00 will take on Mauritius’ Jean Jordy Vadamootoo in the welterweight division.

Also competing in the same division is the newest member of the GB squad, Tyler Jolly. The Scot is set to face Jamaica’s Danny Hylton at 13.45.

Newly crowned light-middleweight European champion Harris Akbar will enter the ring at 14.15 against Ghana’s Jessie Lartey for a place in the quarter final.

He will be swiftly followed at 14.30 by Wales’ Garan Croft who won European silver last month and will be looking to take a step closer to another podium when he takes on Abdul-Afeez Osoba of Nigeria.

Concluding the day’s action is Sameenah Toussaint who will be looking to reach the quarter-final stages of the women’s featherweight contest by beating Wales’ Zoe Andrews at 19.00. 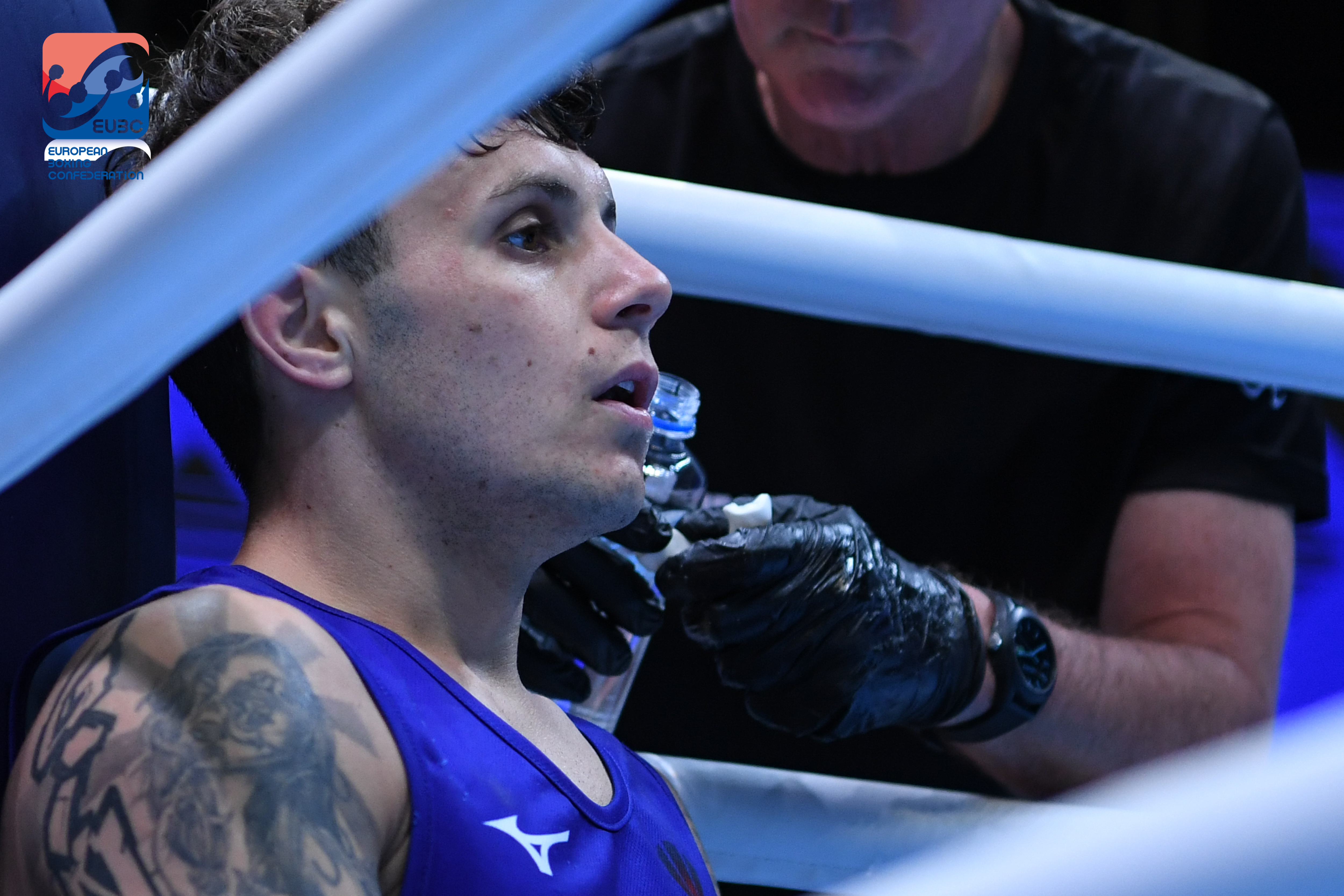 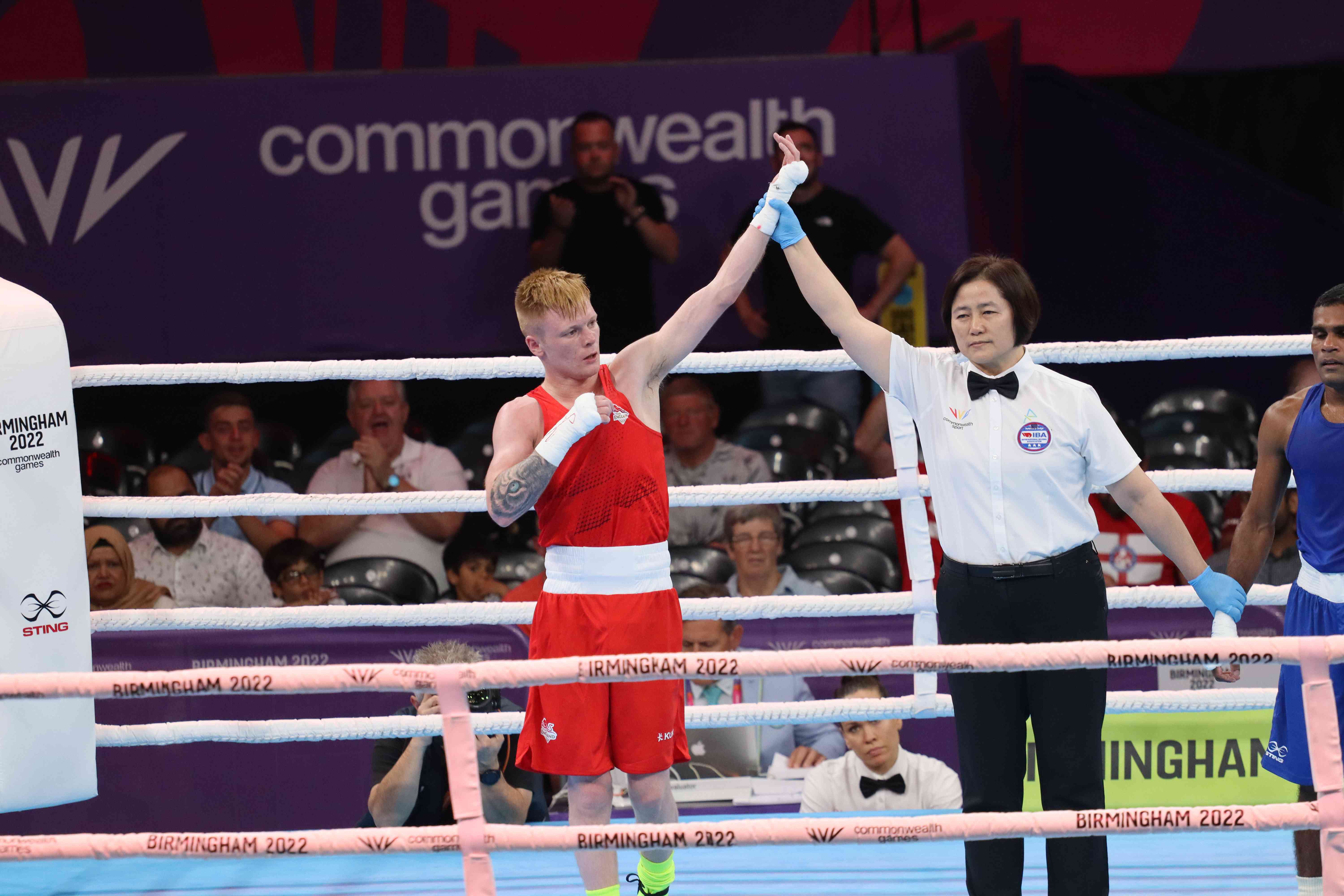 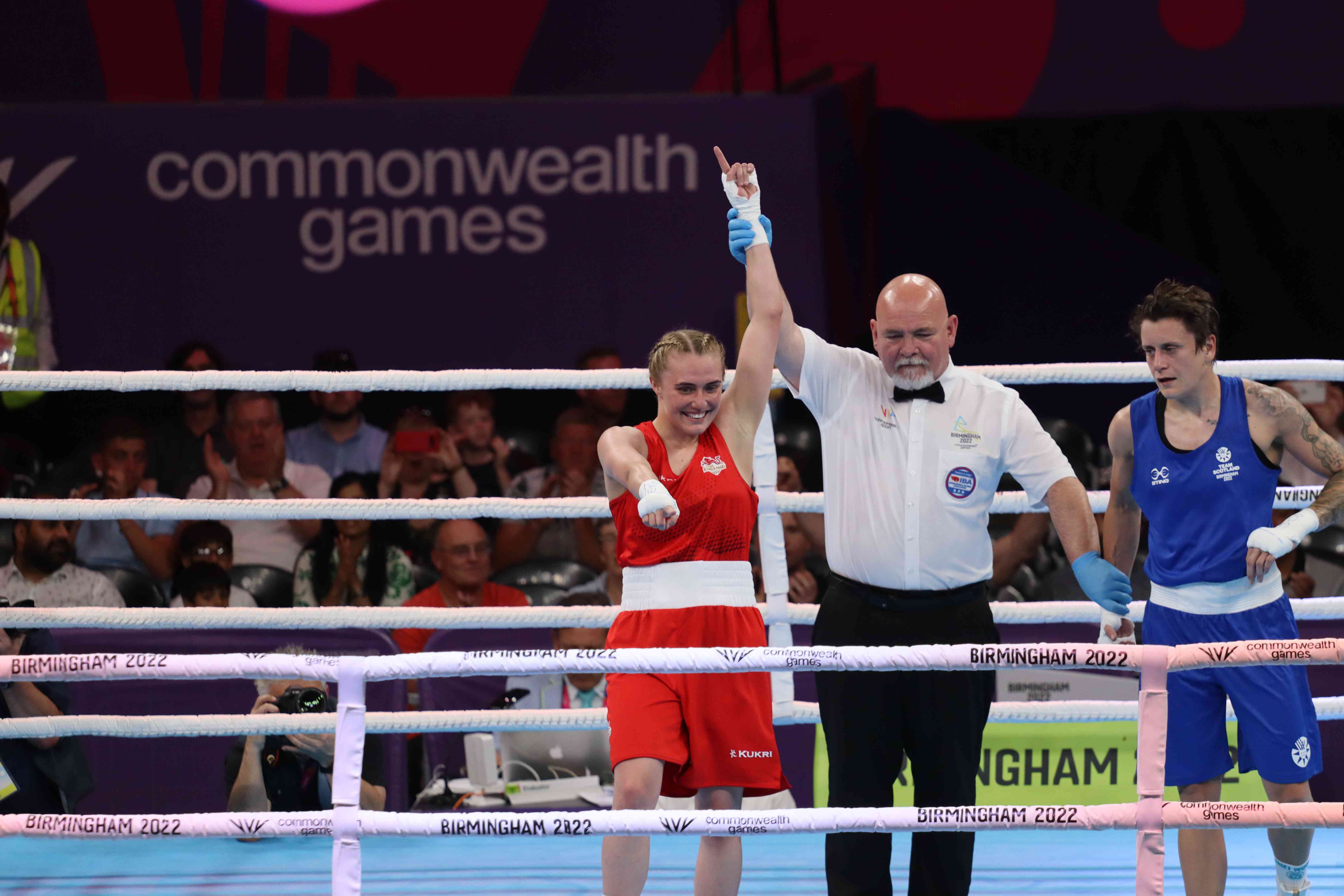 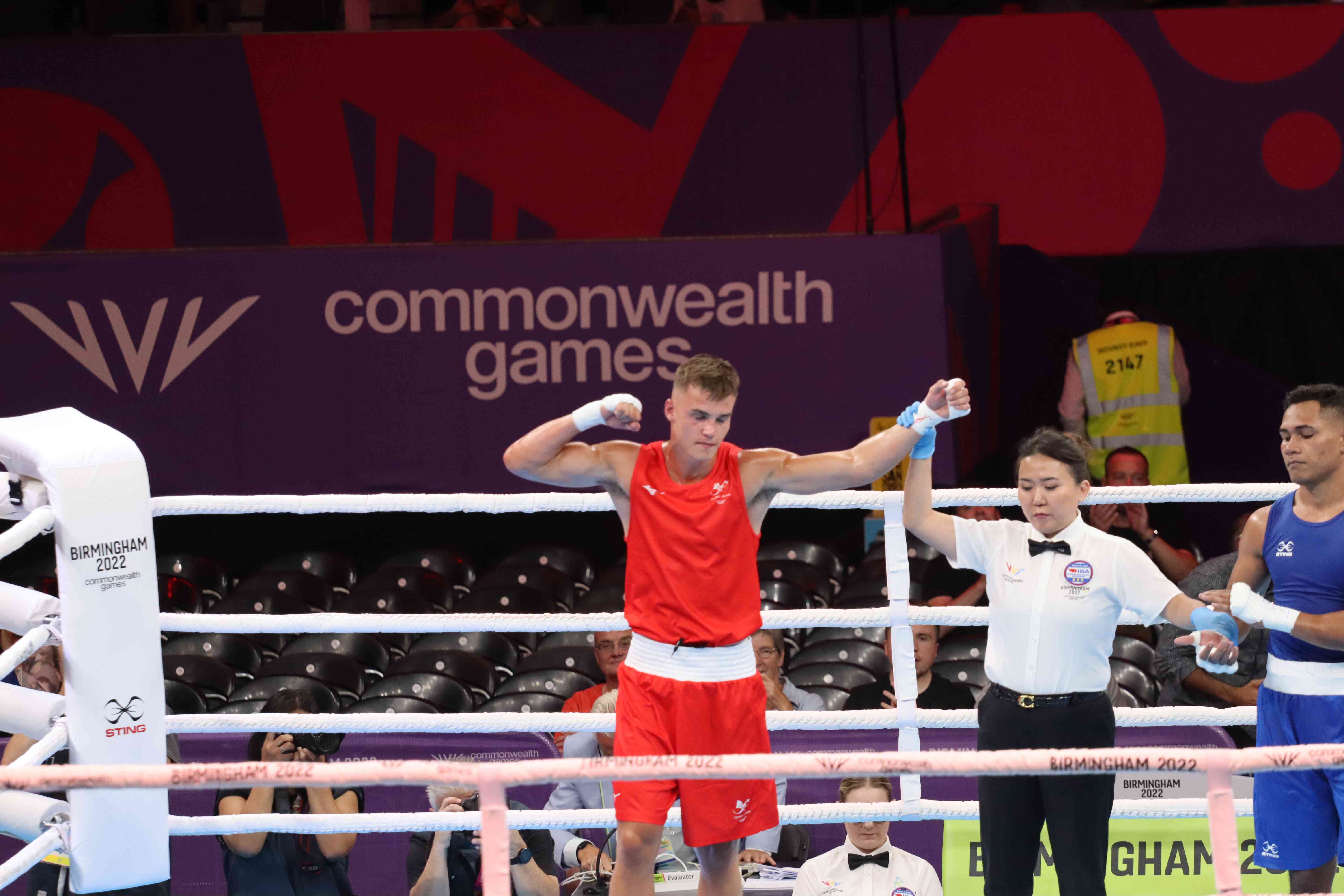