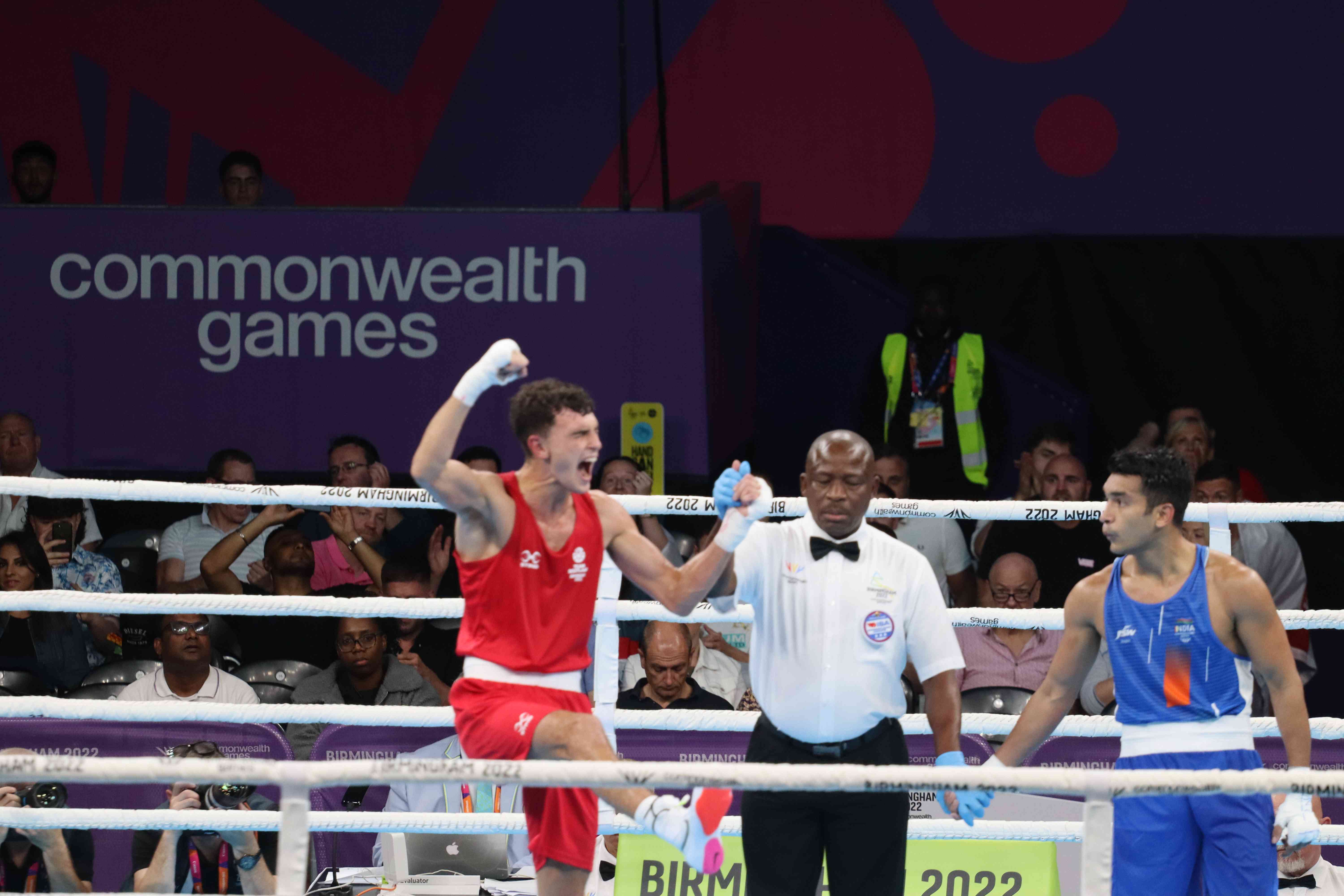 FOUR boxers from England and Scotland earned victories on day three of the 2022 Commonwealth Games to reach the quarter-final stages.

England’s Joe Tyers and Lewis Richardson and Scotland’s Reese Lynch and Sam Hickey are all now one win away from guaranteeing themselves at least a bronze medal at the NEC Arena in Birmingham.

Day three got off to a solid start when Reese Lynch, boxing for the second time already in Birmingham, recovered from losing the opening round to earn a gutsy 4:1 split victory over India’s Shiva Taipa.

He will now face the reigning Commonwealth Games 2018 champion, Namibia’s Jonas Jonas in the light-welterweight quarter-final at 13.30 on Wednesday 3rd August.

Lynch said: “After being down in the first round I was able to grind it out in the last two to get the win. It’s a big achievement and I’m really happy with it especially against a top competitor as well. He’s won world medals and he’s an Asian champion and from my perspective it’s a big scalp.

“It was a change of tactics in the second which made the difference. My coach (Craig McEvoy) was telling me to keep my hands up and as long as I did that he had no chance of catching me like he did in the first.”

Lewis Richardson was involved in a hard-fought battle with Uganda’s Yusuf Nkobeza. The pair went toe-to-toe for the entire three rounds, but it was England’s Richardson who did more than enough to be on the right side of a 4:1 split victory.

Up next in his middleweight quarter-final bout, he will take on Guernsey’s Billy le Poullain.

“But we put in a lot of hard work and effort when we train with GB Boxing and Team England and the fitness has come through there, it was a really good last round.

“Fitness, boxing ability and the crowd all helped. It was a brilliant atmosphere, probably the best I’ve ever boxed in so it was really good and I’m happy to be in the quarter-finals.”

“One more for the bronze match, which would be guaranteed, and I’m going to get it. Then it’s onto the semis and the finals after that.”

Concluding the day’s afternoon session and also in middleweight action was Sam Hickey.

The Scot was boxing for the first time this tournament and eased to a comfortable unanimous victory over St Lucia’s Kyghan Mortley.

The European senior and U22 bronze medallist will box Nigeria’s Adeyinka Benson for a chance to guarantee a medal.

Hickey said: “I’m buzzing to get the first one out of the way. It feels like a long time coming so I’m happy with it.

“He ran at me at the start of the first round and I didn’t expect him to do that, but I was able to quickly work him out and it was a good fight in the end.”

Joe Tyers was the final member of the GB Boxing squad to enter the ring on day three.

His bout with Papua New Guinea’s John Ume was short lived however with the referee calling a half to the contest in the first round due to a cut suffered by Ume, handing Tyers his second win in three days.

The 21-year-old will now face Louis Richardno of Mauritius in his light-welterweight quarter-final.

Tyers said: “You take whatever you can, a win’s a win.

“It’s been good, all chilled out. It’s just good to get started. We’ve got a good crowd and I thank them all for coming – it means a lot. Everyone from England is behind us.

“This gets my face out there with all the media and the crowd that’s here. We’ll see how it goes here but that [Paris 2024] is the goal.”

Up first and making his Commonwealth Games debut is Wales’ Jake Dodd. He will face Lethoso’s Retselisitsoe Kolobe in a flyweight last 16 clash at 12.45pm.

Moving into the evening session and competing at flyweight is European silver medallist Kiaran MacDonald at 18.45 when he meets Vidanalage Ishan Ranjeewa Senevir of Sri Lanka.

Northern Ireland’s Jude Gallagher will be the opponent of Niall Farrell who, boxing in his home city, will be looking to book a place in the featherweight quarter-final at 19.30.

Gemma Richardson will take on Megan Reid in an England vs Scotland lightweight affair at 20.15 whilst Aaron Bowen gets his tournament underway at 20.45 against Nigeria’s Innocent Ehwarieme.

After stopping his opponent via KO within one round of his opening bout, Wales’ Taylor Bevan is back in light-heavyweight action – this time facing Samoa’s Jancen Poutoa. 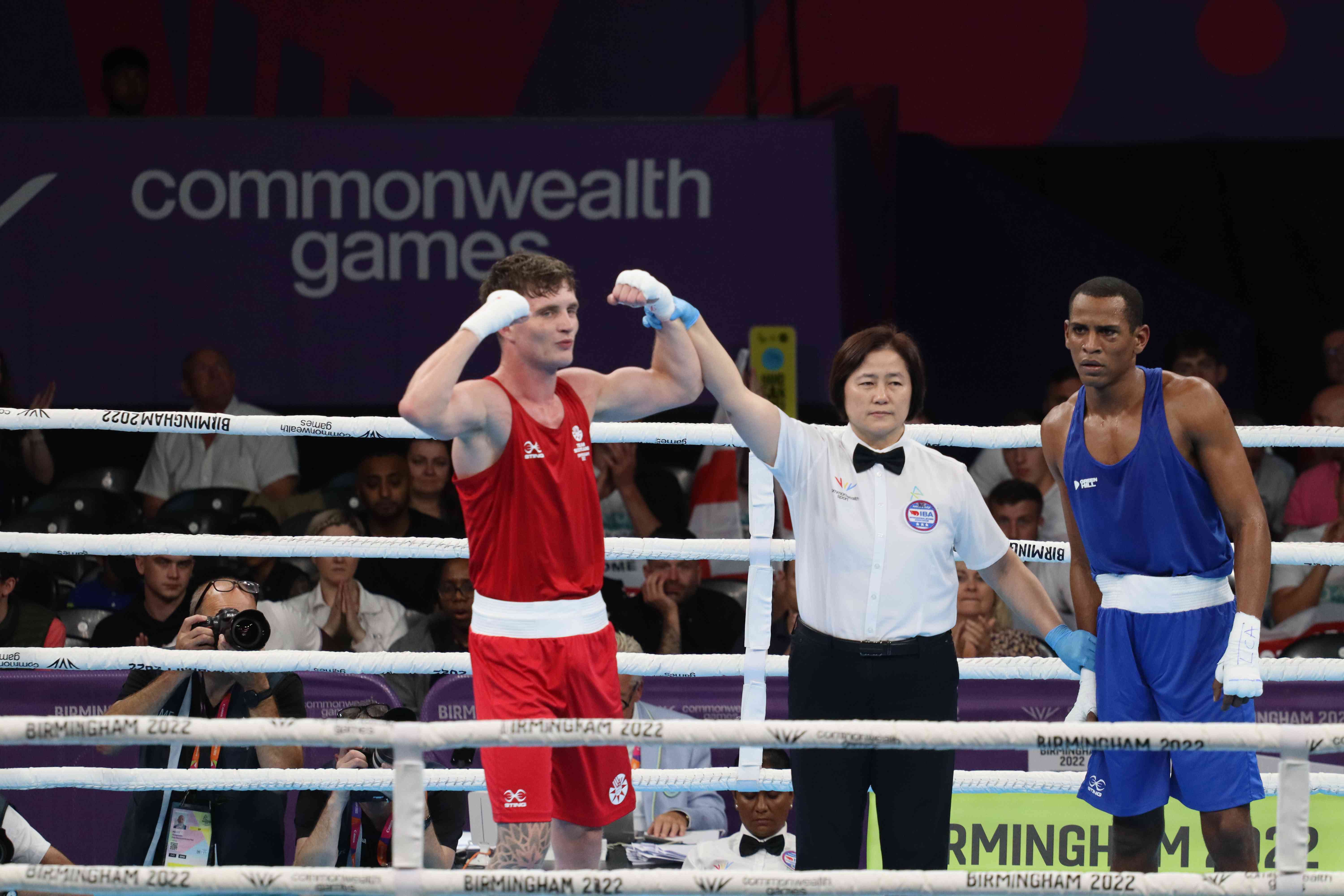 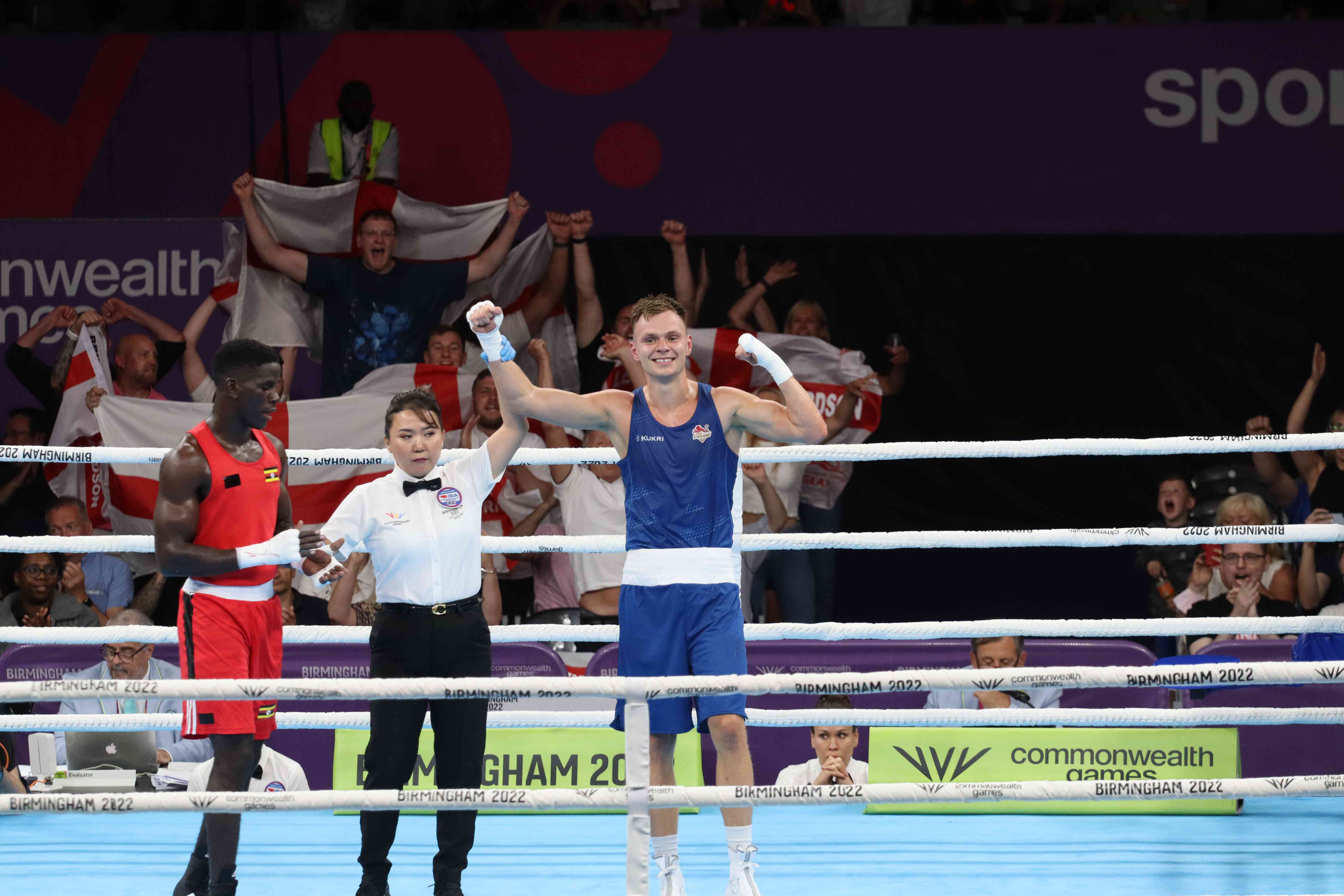 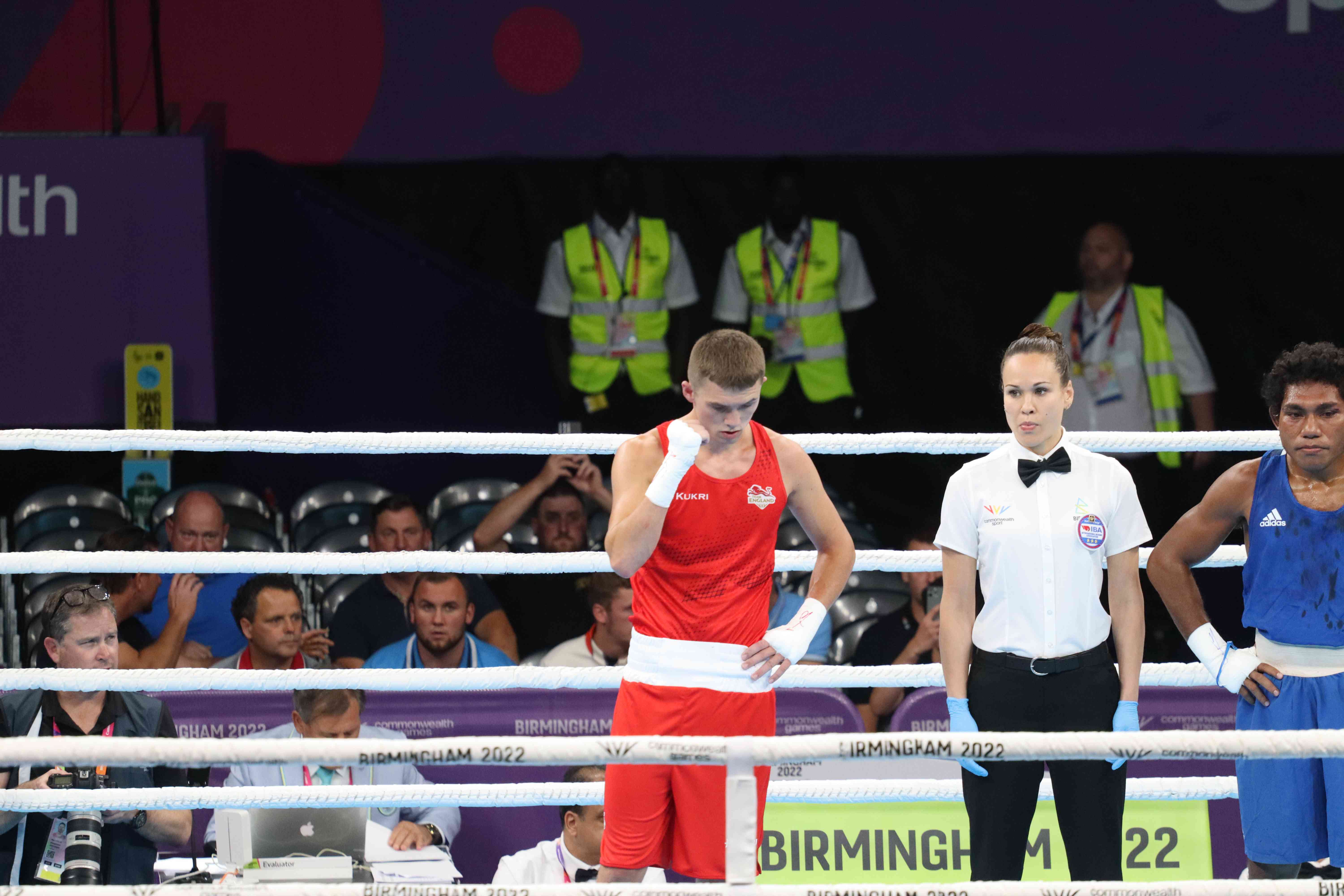