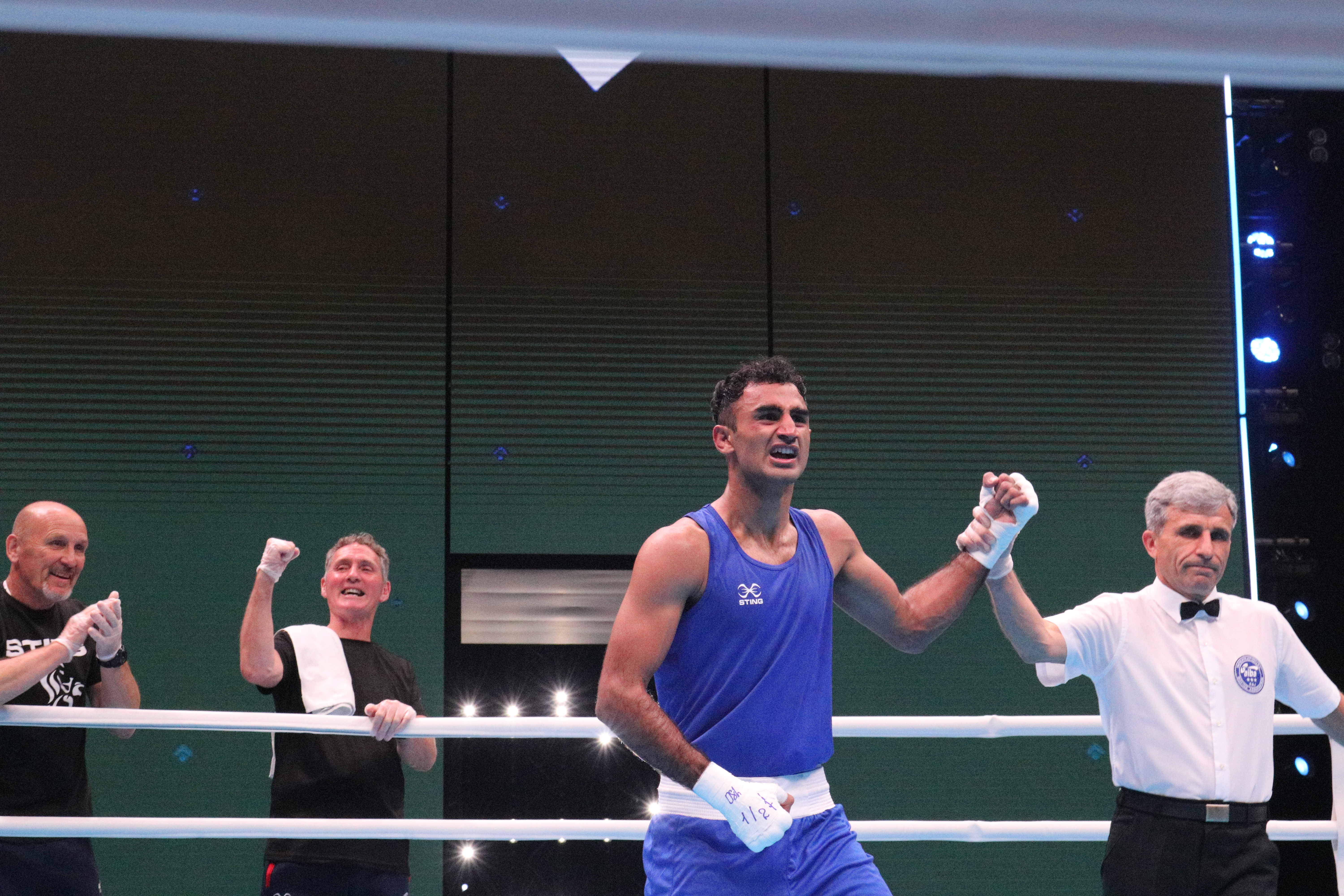 FOUR boxers from Great Britain have moved to within one win of winning gold in Yerevan after reaching the EUBC European Boxing Championship finals following semi-final victories.

Flyweight Kiaran MacDonald and middleweight Lewis Richardson guaranteed themselves a silver medal at least ahead of their respective finals along with Harris Akbar and Garan Croft who will go head-to-head in the light-middleweight final, ensuring GB Boxing will leave Armenia’s capital with a European champion.

Four other GB Boxers had to settle for a bronze at these championships following defeats. They were welterweight Ioan Croft, middleweight Sam Hickey, heavyweight Lewis Williams and super-heavyweight Delicious Orie.

Two boxers from Great Britain met in the middleweight semi-final when England’s Lewis Richardson and Sam Hickey stepped into the ring.

In a fiercely competitive bout between the two teammates, it was Richardson who did enough in the eyes of the judges to earn a victory via split decision (4:1)

The 24-year-old will now face Ireland’s Gabriel Dossen in tomorrow’s final whilst Hickey’s tournament comes to end having already secured his European bronze medal, his fourth across all age groups, in Friday’s action.

Richardson said: “A European final is what dreams are made of. I’m buzzing and I’m more than ready.”

“I’ve been performing great in this tournament, and it was another tough one today. I have so much respect for Sam. He’s a great boxer, a great opponent and I’m pleased for him that he’s also got a medal because he deserves it.”

Moving into the evening session and Kiaran MacDonald became the second member of the team to progress to the European finals and guarantee a silver medal at least following his win over Italy’s Federico Serra.

It was a tight affair between the two flyweights with the North-East boxer down on the judges’ scorecards going into the final round, but a big three minutes was enough to earn a narrow 3:2 split victory over the Italian.

He competes for a gold medal with Spain’s Martin Molina.

MacDonald said: “This is where the hard work in Sheffield pays off. The coaches told me to believe in myself and do what you’ve been doing in the gym, and it worked out perfectly.

“It means the absolute world. My first major European championship and I’m in the final. One more day to go for the big prize – it’s what I’m here for!”

Up next was Harris Akbar who took on current world champion Yurii Zakharieiev of Ukraine’s in the light-middleweight contest.

The pair boxed at the world championships last year with the Ukrainian winning unanimously, but this time it was Akbar who put in a stand-out performance to clinch a 3:2 split victory and progress to the final.

Akbar said: “I can’t put it into words. It feels surreal. To go in there and beat the world champion who beat quite comfortably last year and beat him – what a feeling!

“I was losing the first round and came back to win, and I am so over the moon.

He will face his GB Boxing teammate, Garan Croft after the Welshman secured a gutsy 3:2 split win over Germany’s Magomed Schachidov in his fourth bout of the tournament.

Croft had to put together a big last round after having a point taken off him for holding and will now face off with his teammate to be crowned light-middleweight champion.

Garan Croft said: “I’m chuffed. I was in this position at the U22s a few months ago so now it’s time to prove my point here.

“I had to dig deep in that. He took points off me for holding and maybe I needed that wakeup call, and I was able to find something I didn’t think I had and came through and just did enough to win.

“Two GB Boxers in the final just shows the level we’re training at in Sheffield which is good and I’m so ready for tomorrow now.”

Croft leaves Yerevan having secured a bronze medal – his first as a senior at a major competition.

Having already earned his bronze medal earlier this week, Orie was beaten via unanimous points decision to bring his European Championships to an end.

The final defeat of the day came when Lewis Williams was beaten in his heavyweight match-up with Italy’s Aziz Mouhidine via unanimous decision.

Like his teammates he had ensured his bronze medal status in Friday’s quarter final action. 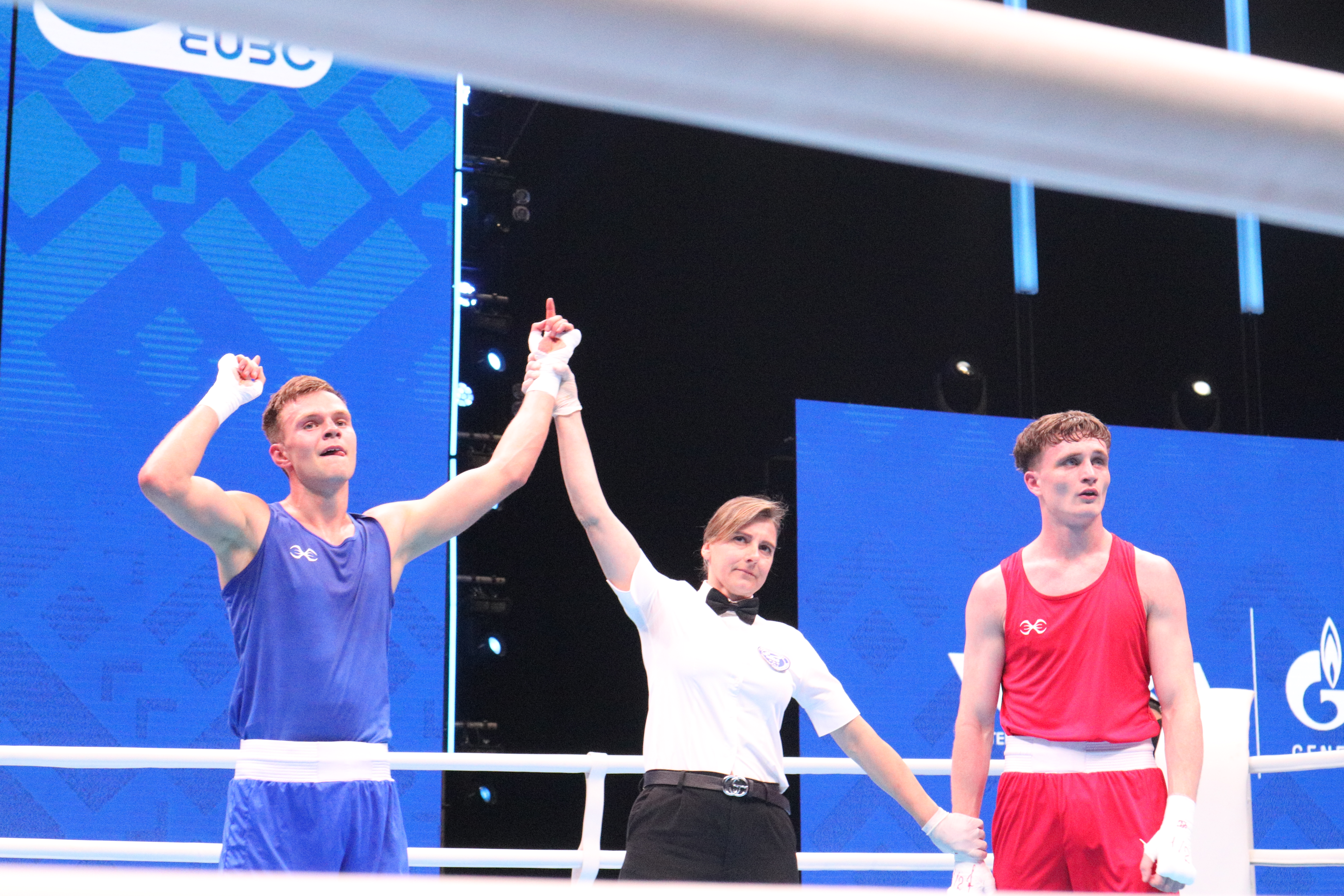 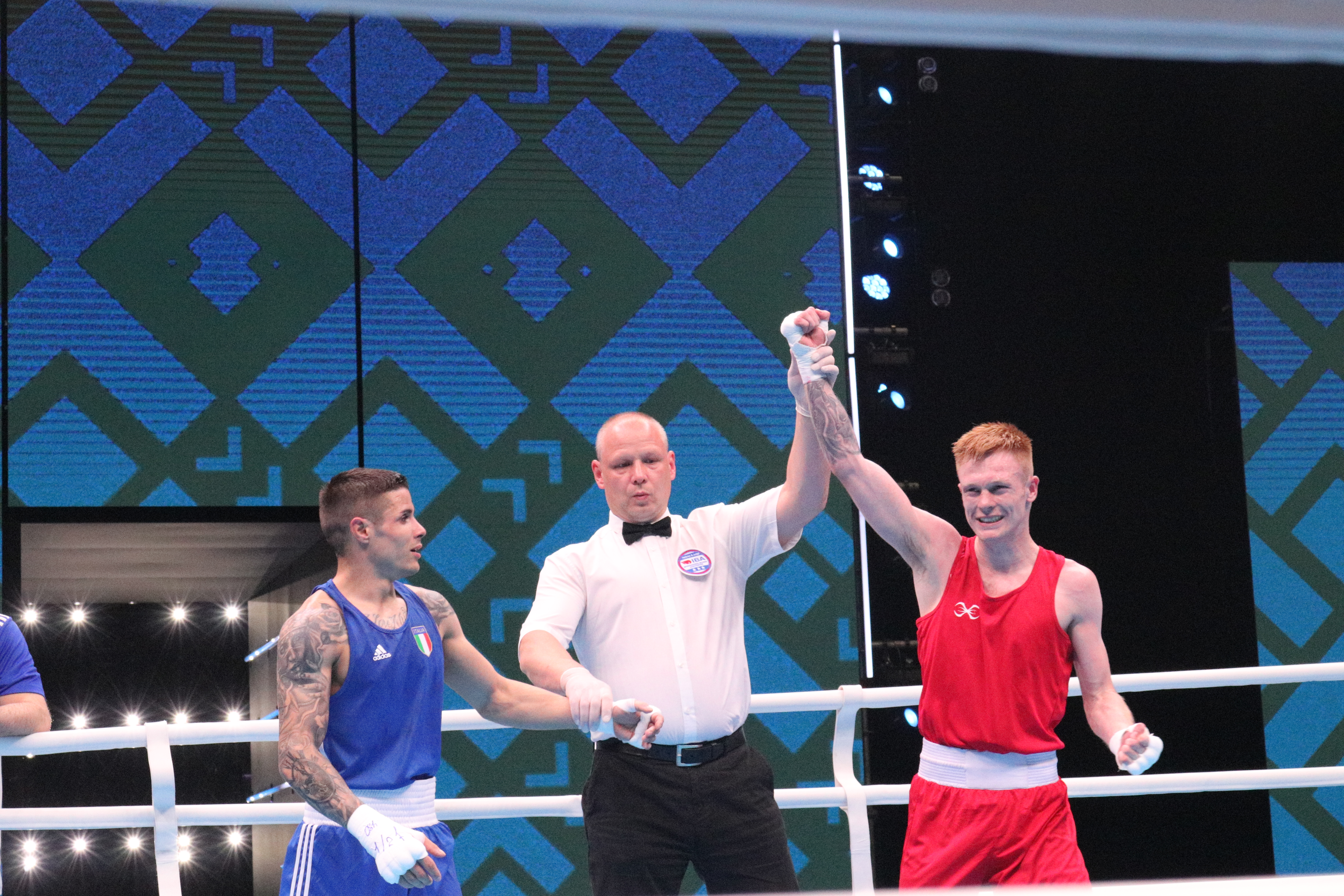 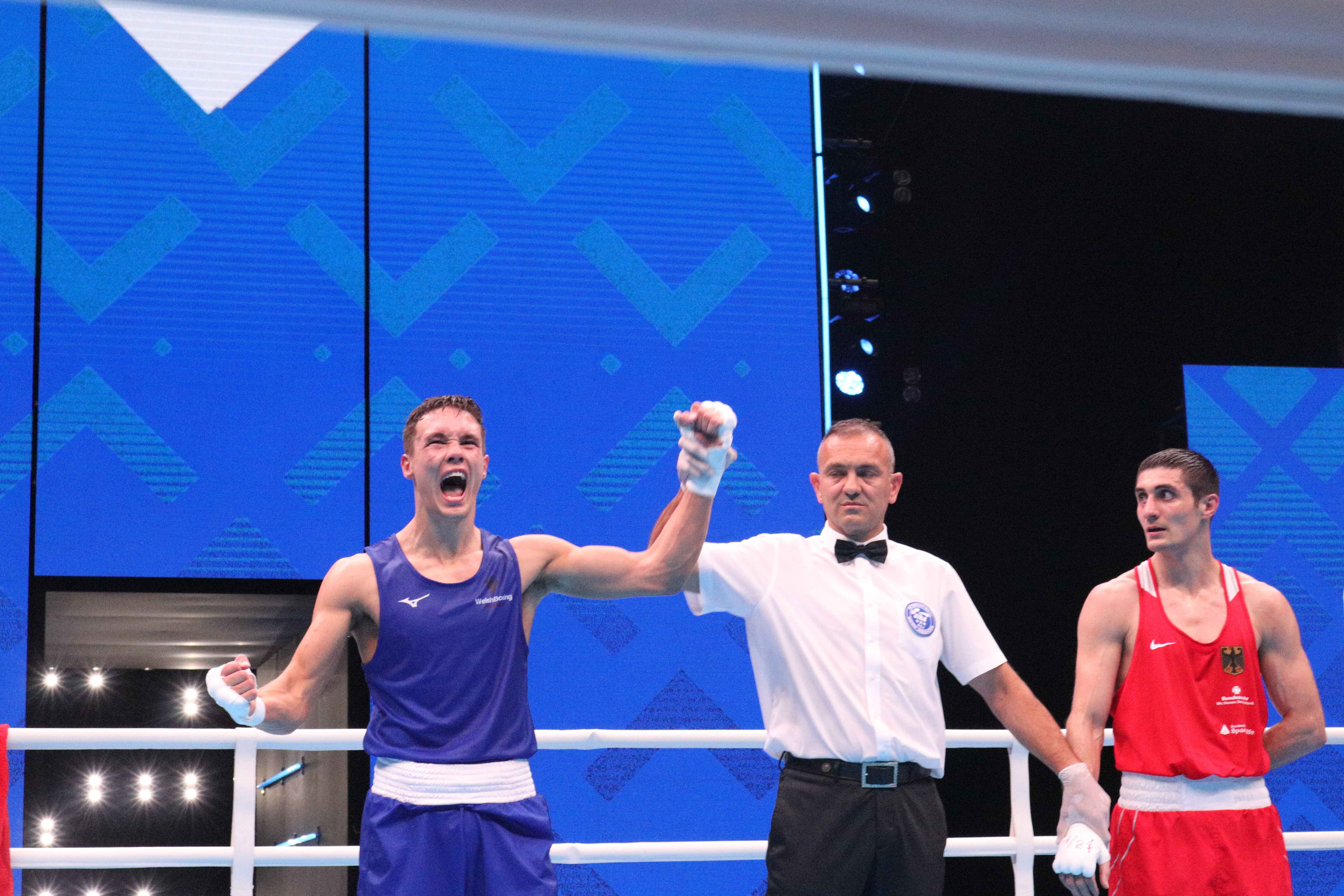