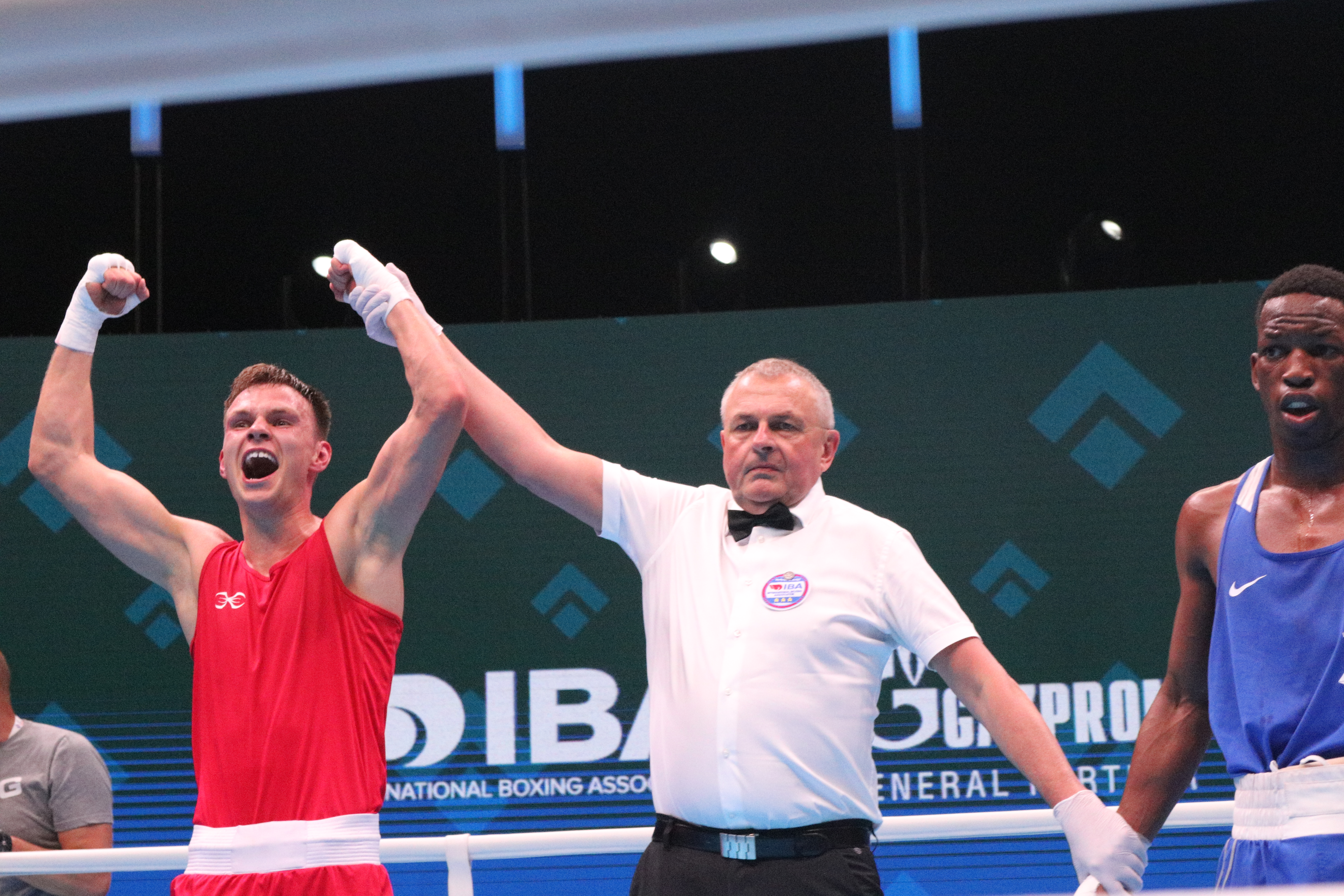 England’s Kiaran MacDonald, Harris Akbar, Lewis Richardson, Lewis Williams and Delicious Orie, Wales’ Ioan and Garan Croft and Scotland’s Sam Hickey all sealed their places in their respective semi-finals which are due to take place on Sunday 29th May.

The only disappointment however was Scotland’s Reese Lynch who suffered defeat unanimously against France’s Lounes Hamraoui in the day’s afternoon session.

England’s Kiaran MacDonald got the day off to a solid start when he took on Ireland’s Sean Mari.

In a fiercely contested bout, the experience of MacDonald shone through, and he was awarded victory via split decision (4:1) to guarantee he leaves Yerevan with a bronze medal at the very least.

He will now look to earn his place in the flyweight final when he takes on Italy’s number two seed, Federico Emilio Serra on Sunday.

MacDonald said: “That performance was ten times better than last time and I need to do that again on Sunday so I can push onto the final and get that big prize.”

Sam Hickey earned Scotland’s first senior European medal for 16 years when he beat Serbia’s Almir Memic via split decision (4:1) in what was a tight affair.

Hickey said: “I’m buzzing, but that was tough. I’ve been against two tough opponents so far who both want to come at me, and I had to have a good last round again, so I need to get rid of these slow starts and make sure I get to it right away.

“You can’t expect to get it all your own way at these championships, you have to dig deep.

“That’s my fourth European medal from youth, U22s and now senior so I’m really happy with that.”

He was swiftly followed into the ring by Lewis Richardson, who put in a fine unanimous performance to beat Germany’s Kevin Schumann.

The win means the 24-year-old has now sealed his first senior European medal at a major competition.

Richardson said: “It’s unbelievable. What a feeling. I’ve worked so hard for this and it’s been a long road that I’ve put so many hours into and had people doubt me but I’ve stayed focused and it just means a hell of a lot.

“I’ve been on the programme four years now and it’s been a such an up and down experience. That in there shows what I’m capable of. There’s still more to come, I felt comfortable in there.

“My nan passed away earlier this year, so I’d like to dedicate that to her. She was a great soul and a great personality, and I love and miss her. I know she’ll be looking down and feeling proud of me.”

The two British middleweights and GB Boxing teammates, Hickey and Richardson, will now face each other in the semi-finals when action resumes on Sunday.

Facing him was Turkey’s Berat Acar but he was no match for Orie who dominated all three rounds on his way to a unanimous victory which in turn, earned him a medal.

He will box Nelvie Raman Hess Tiafack where the winner will compete in Monday’s final.

Orie said: “I’ve got myself a European medal – that’s the dream. We keep pushing now and this was just the first step. We’re going to change the colour of it to silver on Sunday and then to gold on Monday.

“As I compete and face these guys, they are no mugs and are at the top of their game, so whenever I enter the ring, I know what I’m up against.

“I’ve prepared myself for it and I’m part of the best team in the world, Team GB, so there’s no reason why I can’t go all the way!”

Moving into the day’s evening session and it got off to a flying start when Ioan Croft became the first Welsh member of the team to secure a medal.

In a tight bout, Croft did enough to earn a 3:2 split victory over his opponent, Deniel Crotter of Germany.

He will now face Lasha Guruli of Georgia in his semi-final bout.

Ioan Croft said: “I had to bite down on my gummy at times as it was a tough bout but I’m over the moon.

“Roll on the semis, I’m ready for anything.”

Light-middleweight Harris Akbar followed in his footsteps shortly after when he eased past Italy’s Salvatore Cavallero via unanimous decision in his quarter-final clash.

The Bradford boxer, with a medal in the bag, will now once again face Ukraine’s Yurii Zakharieiev having previously met at the world championships last year.

Akbar said: “It’s unbelievable to be able to bring home a medal for my friends, family and everyone at GB Boxing.”

Garan Croft joined his brother and the rest of his teammates in the semis in the Great Britain’s penultimate bout of the day.

Boxing for the third time in four days, he too was involved in a close bout winning, via split decision 3:2 to edge out his opponent, Necat Ekinci of Turkey, to secure his medal to which he can change the colour of should he beat Magomed Schachidov.

Garan Croft said: “I had to dig deep there last round with the scores at one a piece and I felt I just gave it a bit more, dug deeper and landed cleaner shots. I’m buzzing with that,

“I’ve learnt the importance of the first round. I lost the first one and I was left chasing which is never a nice position to be in so I just need a faster start and to not give away as much in the first few minutes.”

Concluding an incredible day of boxing for the team, Lewis Williams ensured Great Britain’s boxers will leave Yerevan, Armenia with eight medals following his split victory (4:0) against Serbia’s Sadam Magomedov to set up a meeting with Italy’s Aziz Mouhidine.

Williams said: “It was a nice tough opponent, good experience along with snatching a medal.

“It was a positive fight, a correction from last time and we go again and change the colour.” 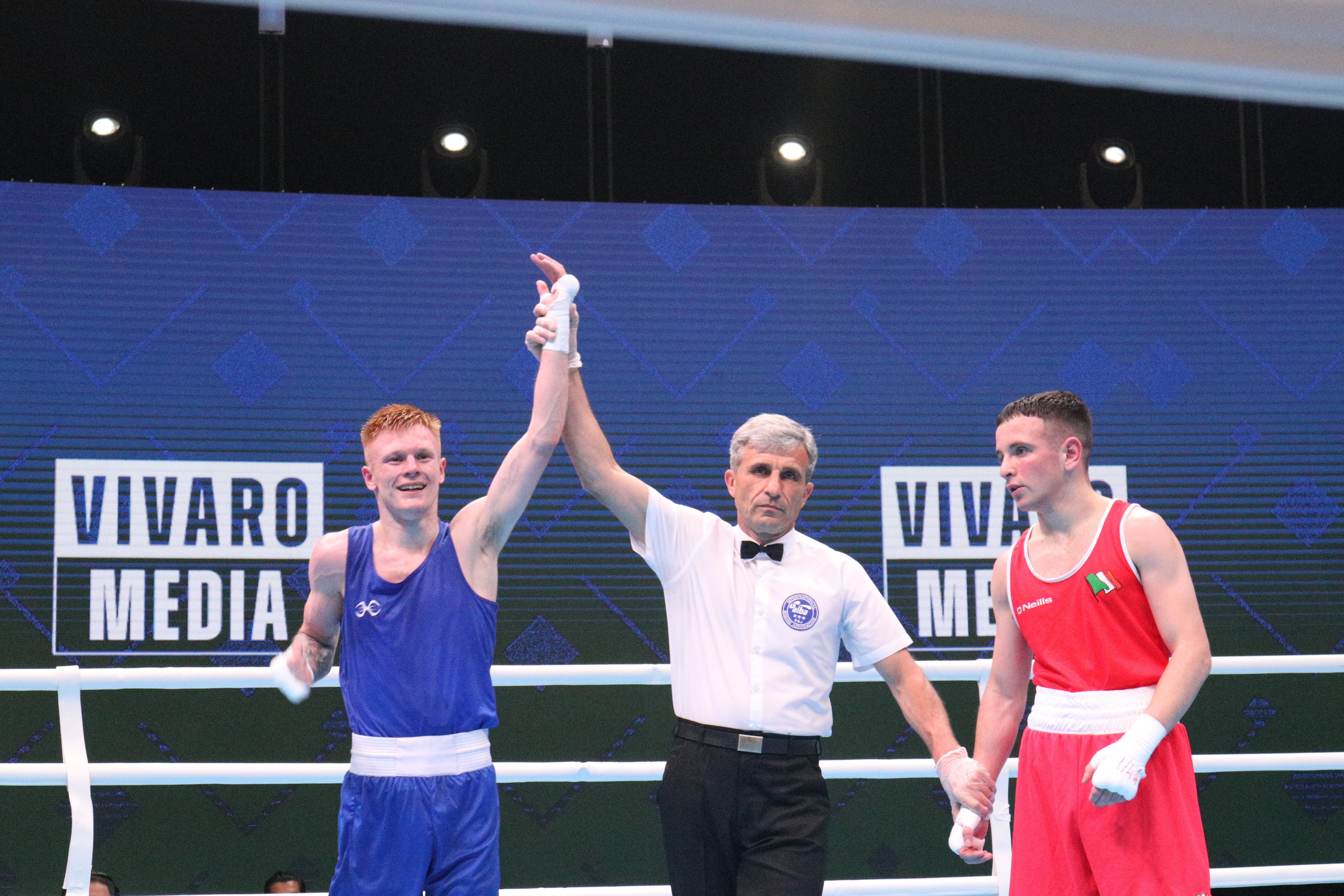 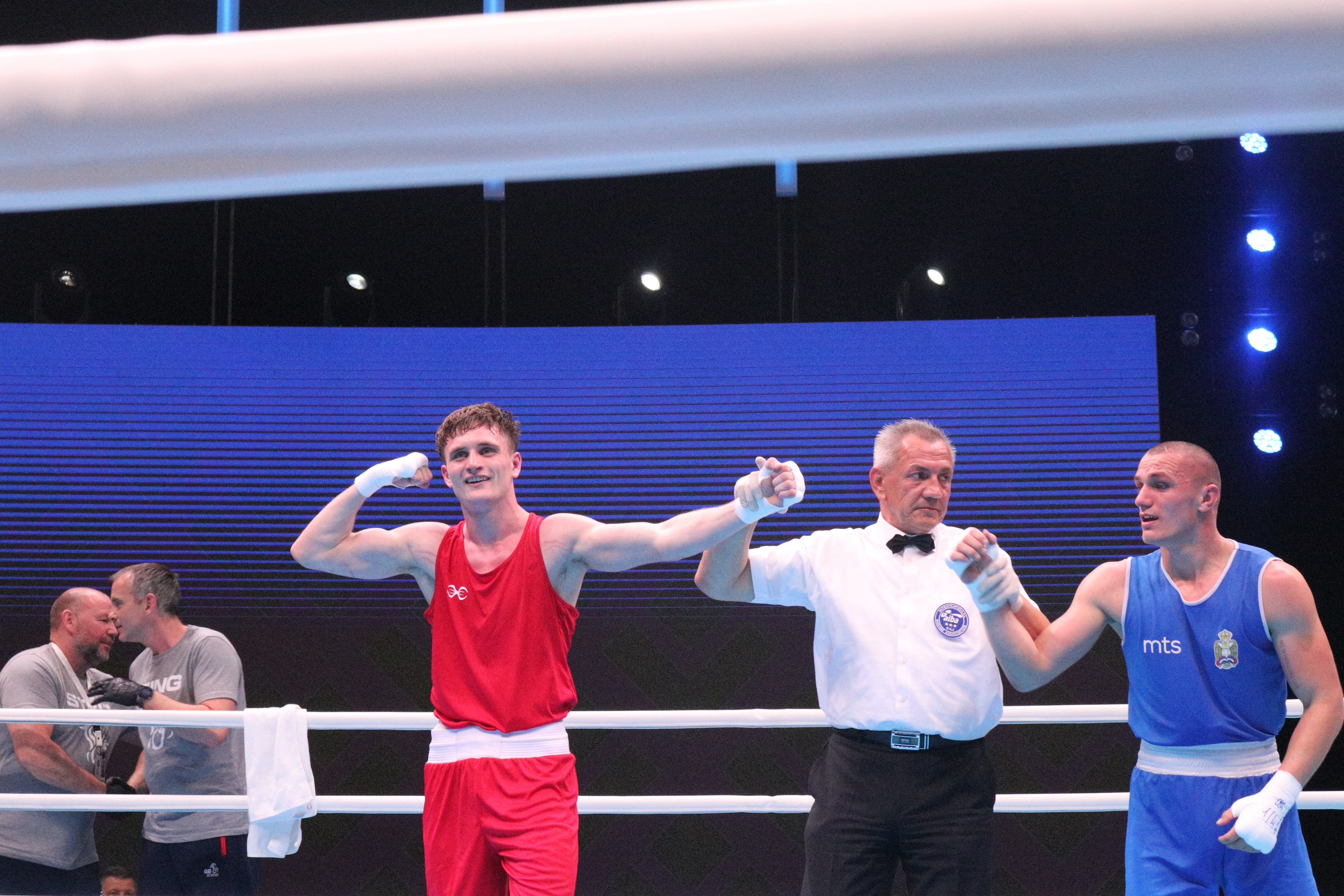 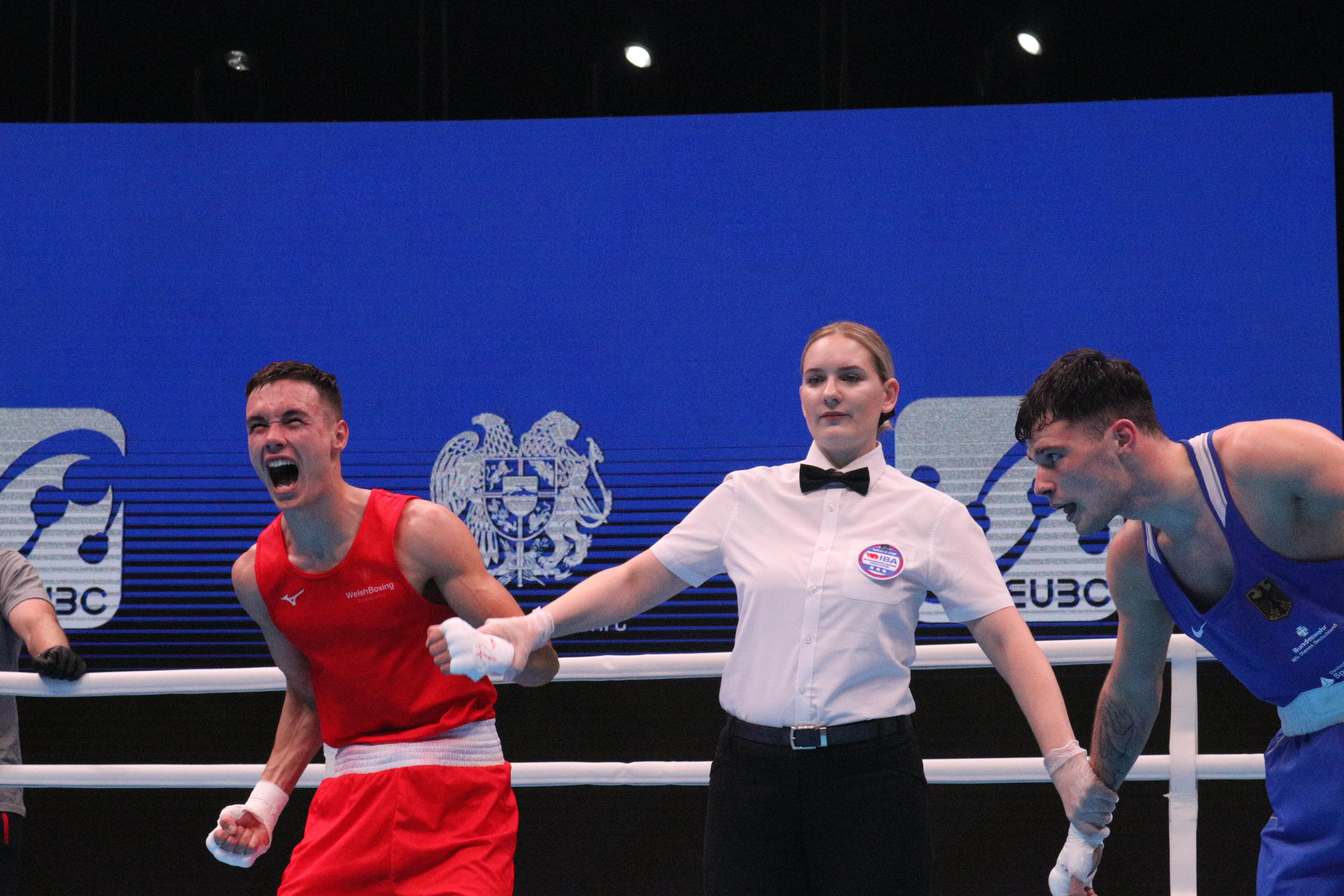