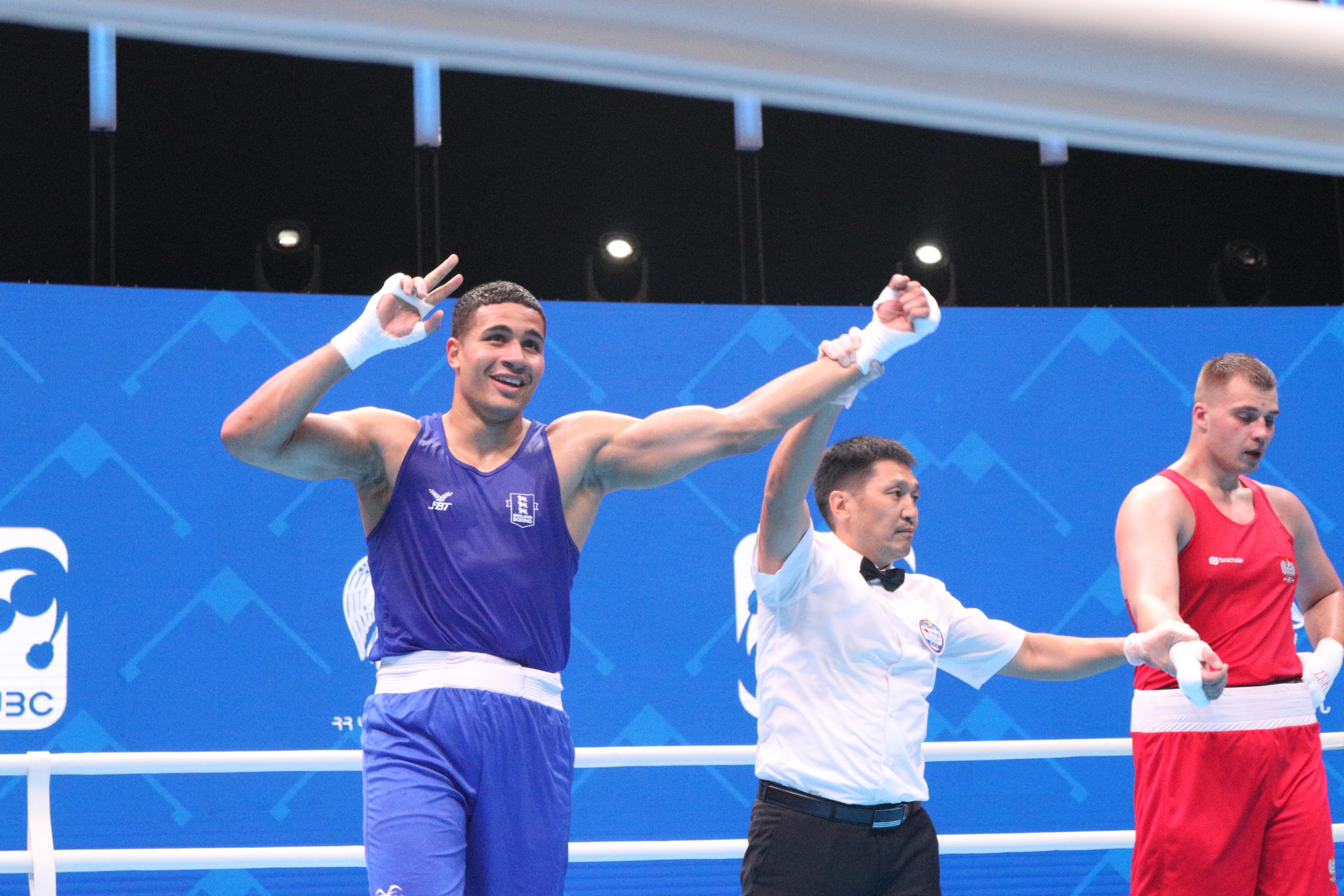 THREE boxers from England, two from Wales and one from Scotland all earned victories on the fourth day in Armenia to reach the quarter-final stages of the EUBC European Boxing Championships

Harris Akbar, Lewis Williams, Delicious Orie, Ioan and Garan Croft and Reese Lynch will all now box for the chance to guarantee a medal in tomorrow’s action.

The only defeat suffered on an impressive day for Great Britain’s boxers was by Joe Tyers who faced a tough bout against the impressive host nation’s Hovhannes Bachkov.

Stepping through the ropes for the first time in Yerevan, Reese Lynch earned the team’s first win of day four with a confident unanimous victory over Turkey’s Adem Avci.

Lynch said: “It was brilliant. I’ve been waiting about a week since we got here and I was dying to get in there and get that the first one out of the way, it’s always the hardest.

“I stuck to the game plan. I kept it long, kept moving. I knew he was going to come at me, so I had to keep on my toes and keep changing the angles and catch him with big shots so I’m really happy with that performance.

“I’ve boxed him (Hamraoui) before, and he beat me so hopefully I can get my revenge on him this time.”

Also boxing for the first time at this year’s European Championships was U22 silver medallist, Wales’ Ioan Croft.

The welterweight took on the Netherlands’ Delano James like his teammate Lynch, Croft was able to earn a unanimous points victory to earn his chance to box Germany’s Daniel Krotter for a medal tomorrow.

Croft said: “I’m a bit tired after that cause it’s been a long week having to wait but it’s gone now, and I can only improve.

“I think I learned in bout to just stay relaxed. Even when the pressure is on, you just need to stay relaxed and composed and pick your shots.

“We go again tomorrow, and I hope to up my game and bring back another European medal.”

Concluding the afternoon’s session was Delicious Orie who was in super-heavyweight action against Poland’s Oskar Safaryant.

The 24-year-old put in a solid performance across the three rounds to seal a unanimous victory and will now also compete in the quarter-finals tomorrow against Turkey’s Berat Acar.

Orie said: “It was a good bout to get the lungs going. We go again tomorrow, and my focus is already there for that.

“I know there is things I have to work on and that’s exactly what we’ll be doing between now and then.

“A win is a win. I’m confident going into the next one and I’m going to be much better for the next one. It’s normal to feel a bit rusty on the first one but tomorrow we’re going in strong.”

First to box in the evening session was Wales’ Garan Croft, who in his second bout of the competition was looking to follow in his twin brother’s footsteps and book a place in the quarter-finals.

The Welsh boxer put in a fine display against last year’s world championship bronze medallist, Alban Beqiri, to earn a unanimous victory which in turn confirmed his last eight bout with Necat Ekinci.

Croft said: “That was a lot better. I felt good all the way through. It was slightly slower pace than the other day and that suited me.

“It was a case of picking my shots and knowing when to go for a walk and I did that well enough to go into the third round relaxed as I was two rounds ahead. I’m very pleased with that.”

Fellow light-middleweight Harris Akbar made his first outing in Armenia shortly after and wasted no time in earning his first and the team’s fifth win of the day with a unanimous victory over Tony Jas of the Netherlands.

Akbar is straight back into action against Salvatore Cavallaro of Italy tomorrow.

He said: “I’m feeling confident. But I can’t get ahead of myself. I need to go in there, perform like I did and hopefully get another win.”

Closing the day’s action with a split victory (3:2) was Lewis Williams. In a close fought contest with Poland’s Piotr Bereznicki, the boxer just edged the bout according to the judges and will now go up against Serbia’s Sadam Magomedov.

The other boxer in action was England’s Joe Tyers who was competing for the second time following an impressive opening display earlier this week.

However, he faced a tough task against world bronze medallist Hovhannes Bachkov and despite a gutsy performance it was the Armenia who came out on top via unanimous points decision.

Kiaran MacDonald, Sam Hickey and Lewis Richardson will all box for a medal when they take on Ireland’s Sean Mari, Serbia’s Almir Memic and Germany’s Kevin Schumann respectively. 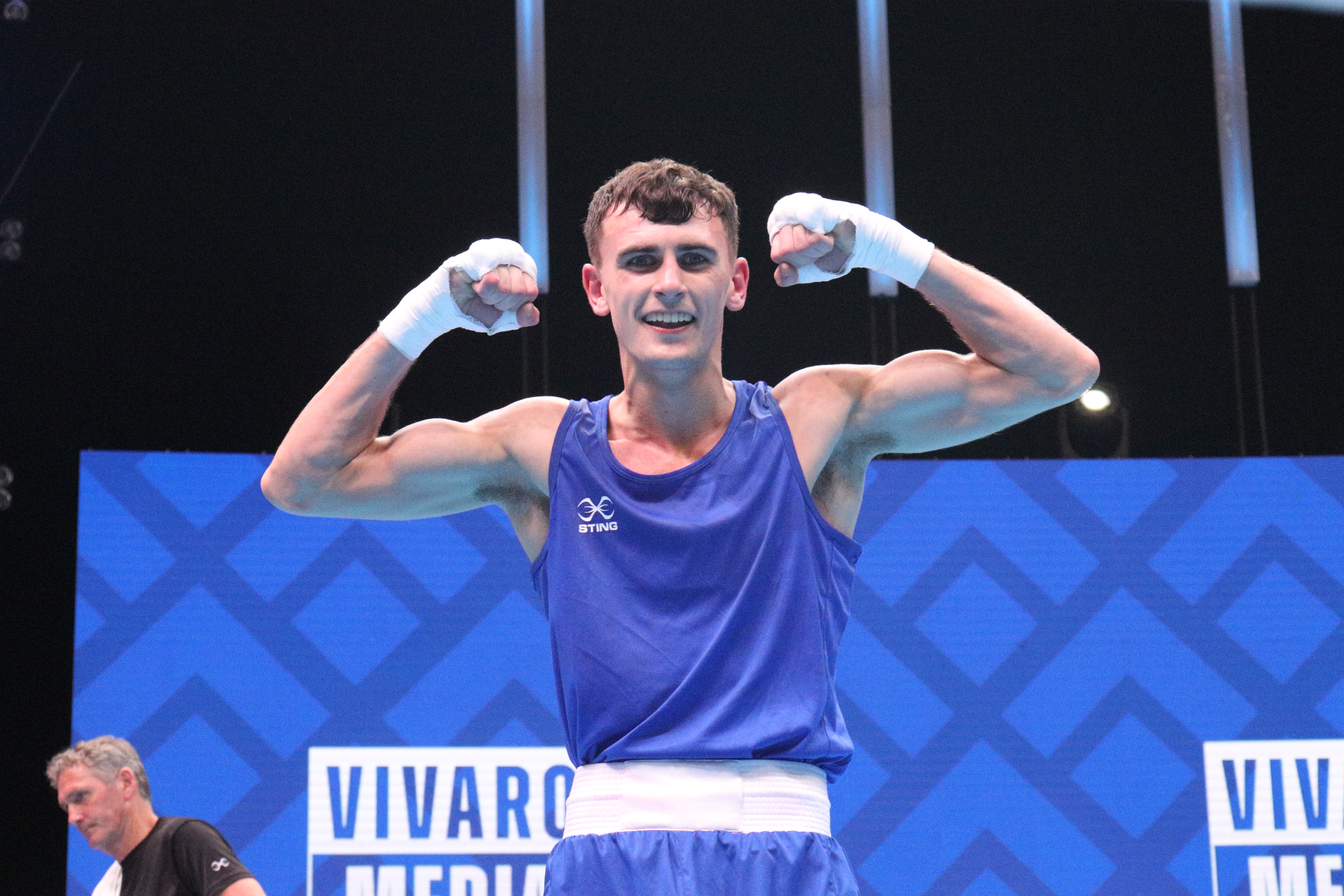 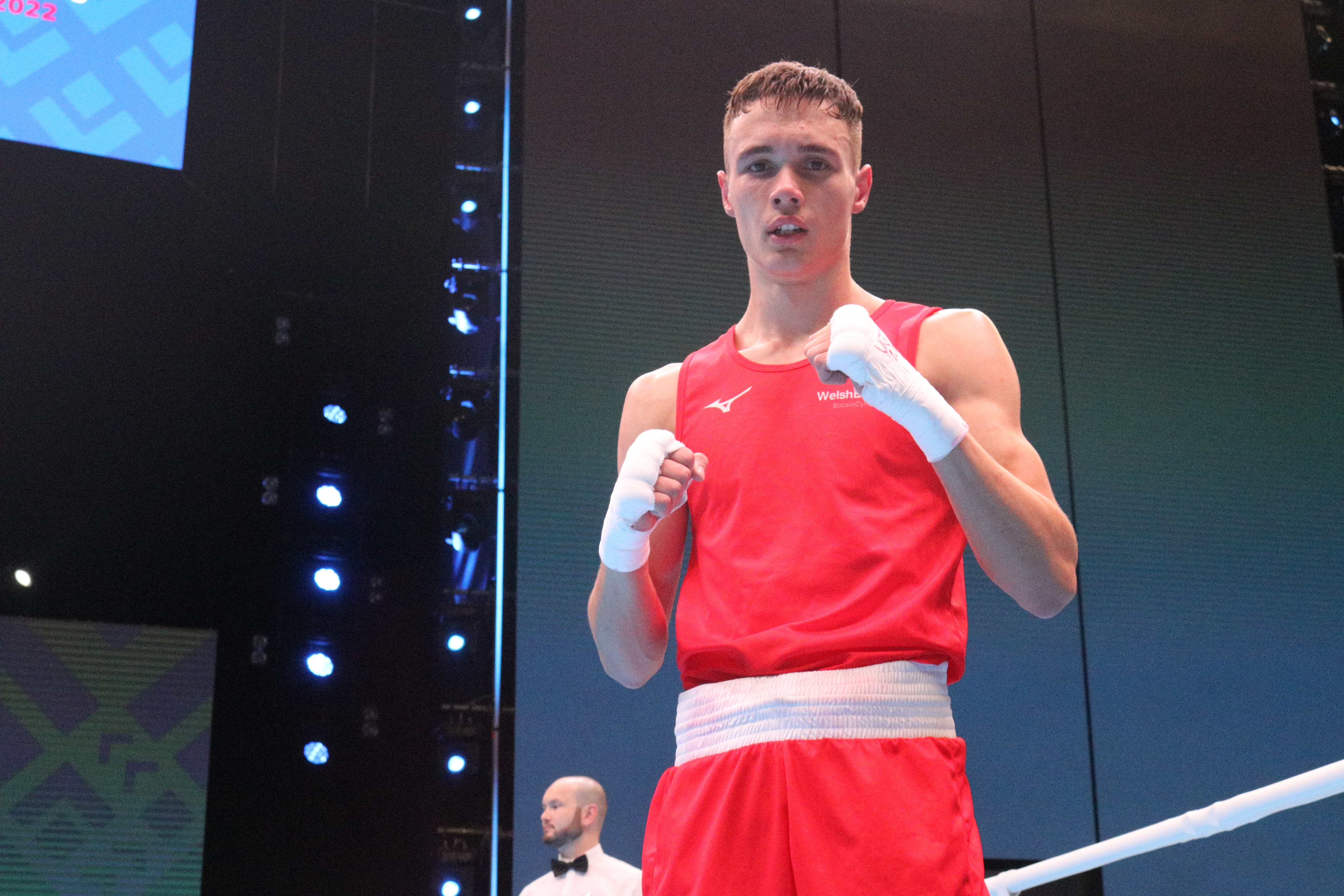 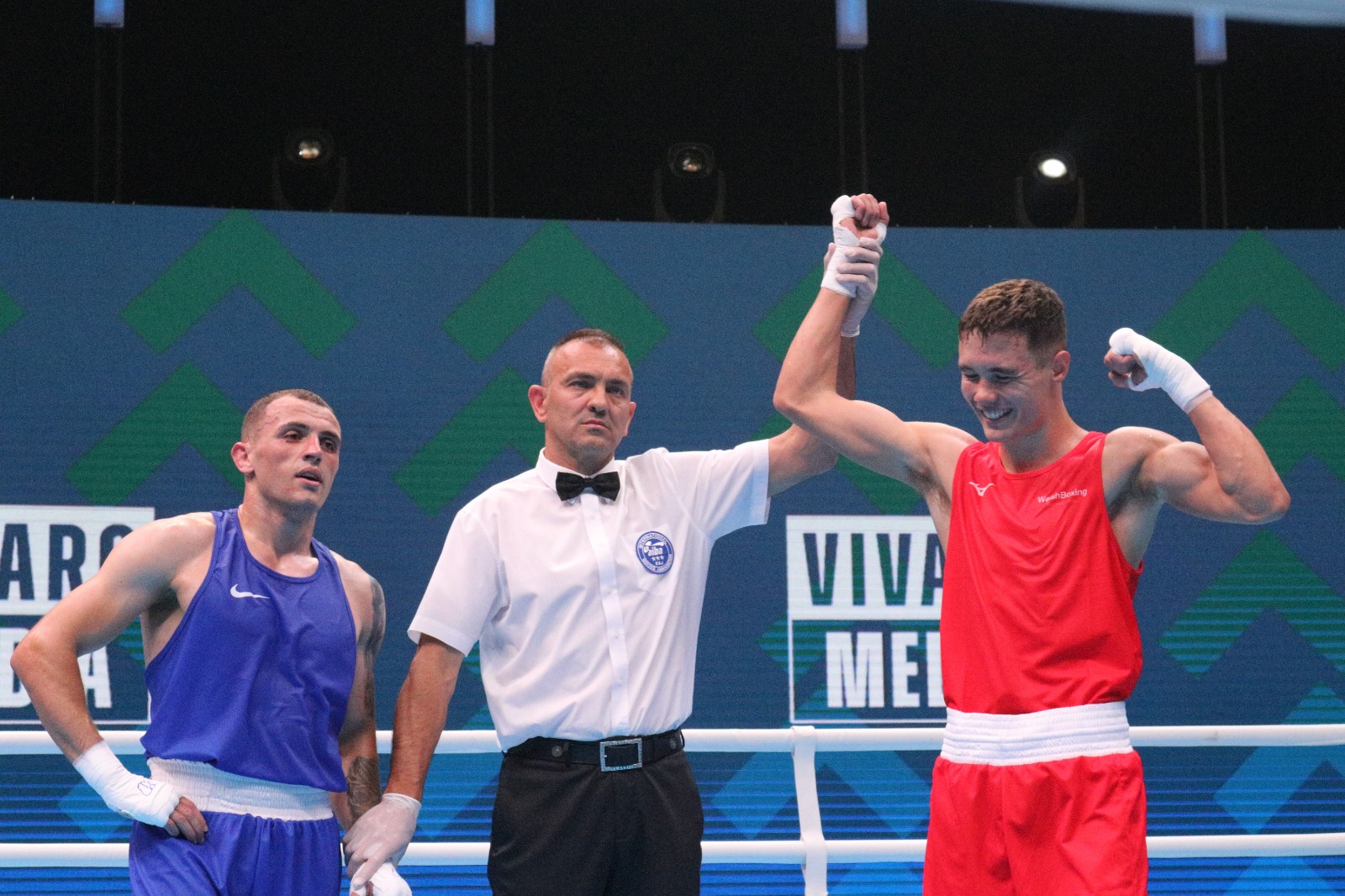 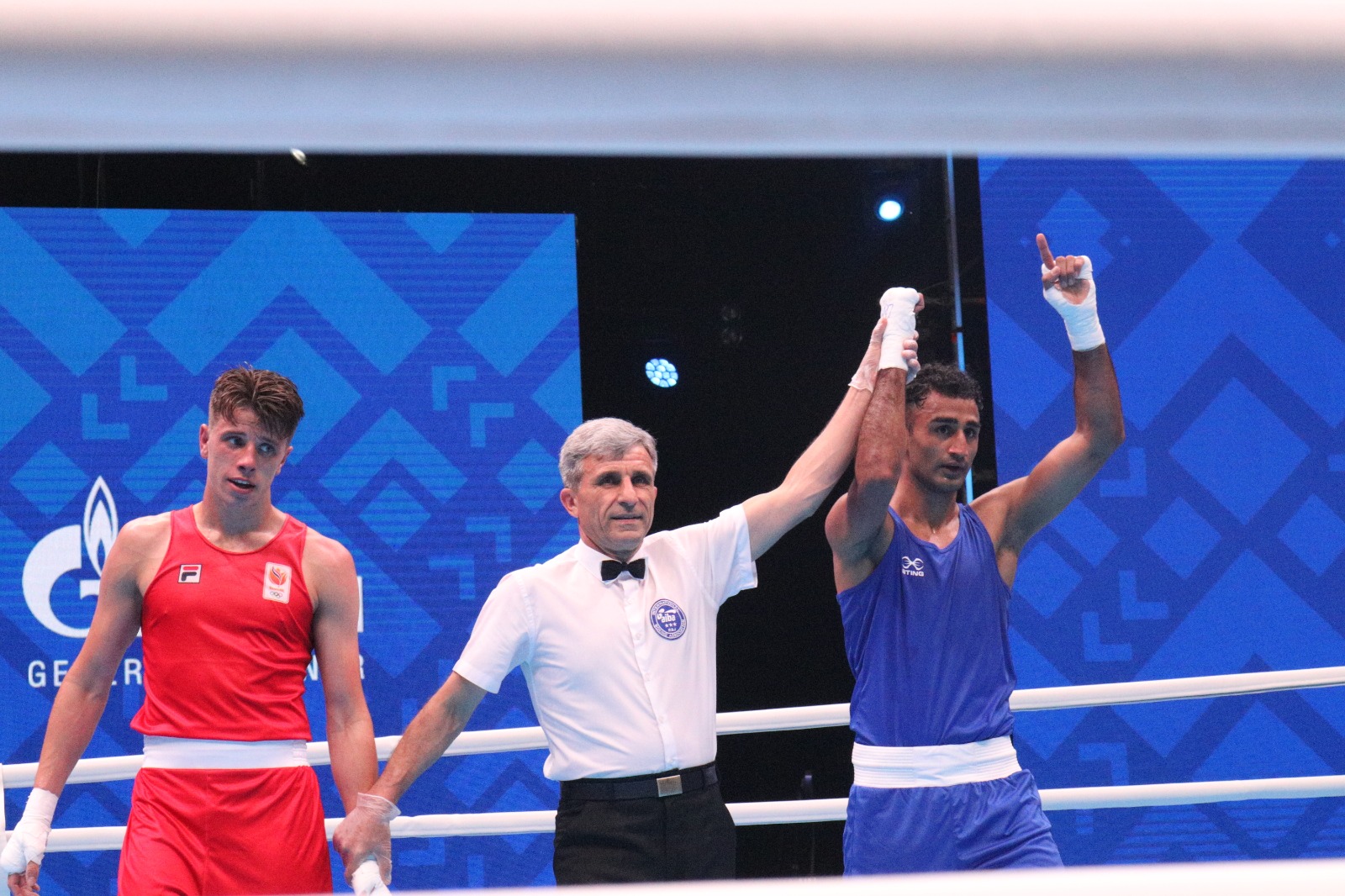 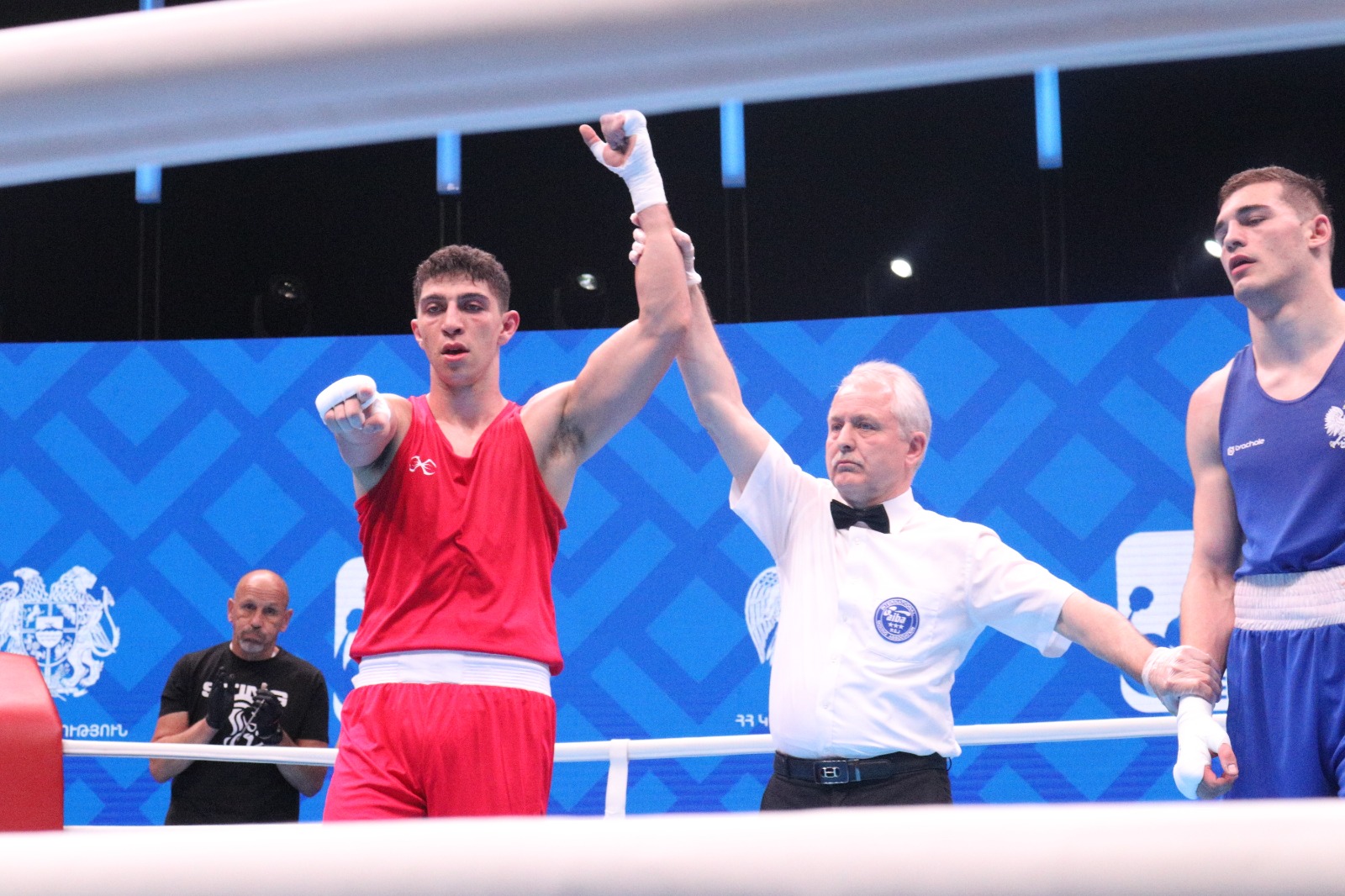