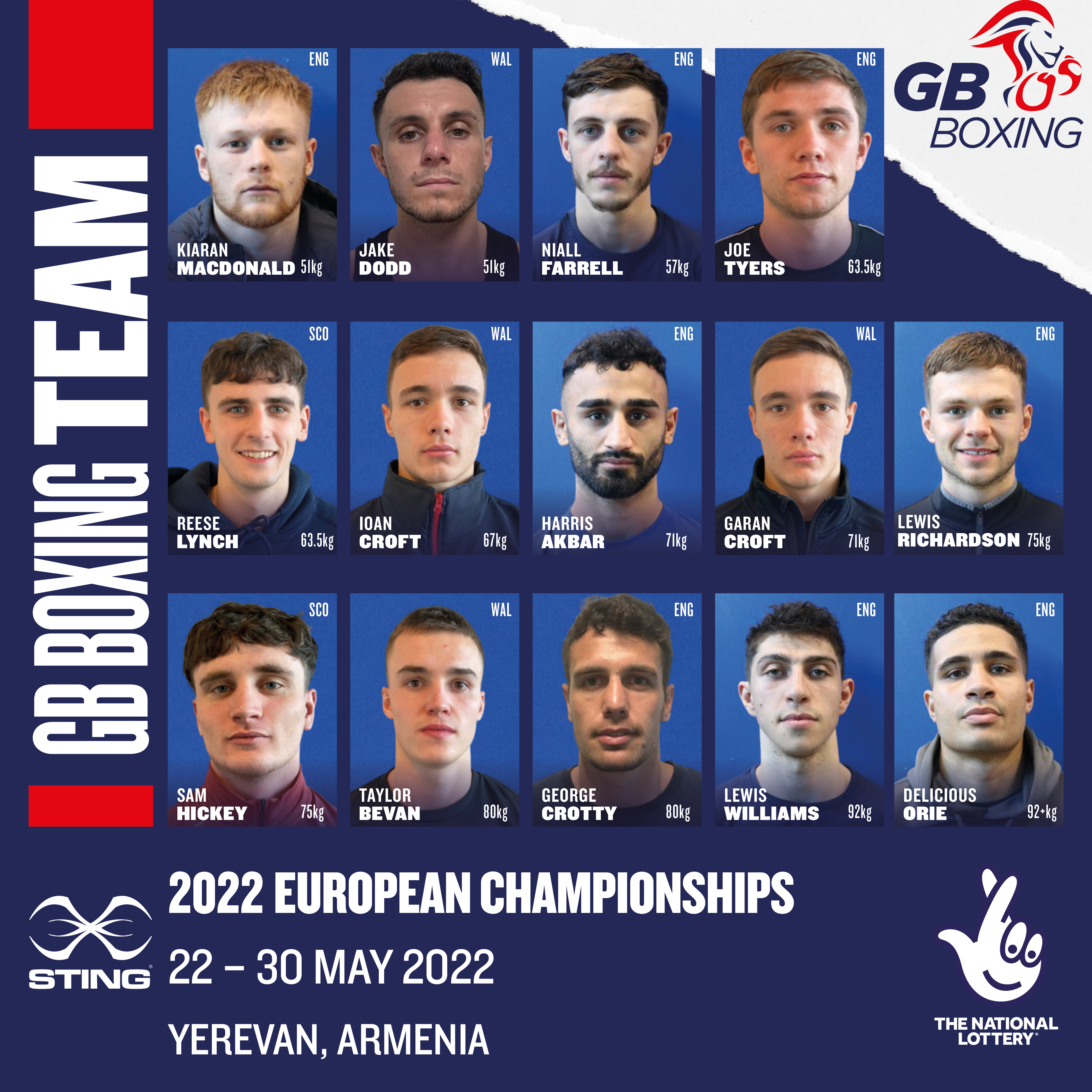 GB Boxing has named 14 men to compete at the EUBC European Boxing Championships in Yerevan, Armenia which get underway this weekend (22–30 May 2022).

For Scotland, Reese Lynch, is joined by Dundee’s Sam Hickey, who won a bronze medal at the recent U22 European Championships.

Completing the Welsh contingent is another newcomer to the GB Boxing squad, Jake Dodd and light-heavyweight, Taylor Bevan.  All four of the Welsh boxers, including the Croft twins, will be competing in their first senior major international tournament.

For the 20-year-old twins from Crymch it will be another milestone in a rapid ascent that saw them join the world class programme (WCP) for boxing in January 2022 and win silver medals at the U22 European Championships three months later.

Garan, who is the older of the two and boxes at light-middleweight, said: “It’s been a good year so far and I feel I have learnt a lot since I’ve been on the squad.  Making the final of the U22’s where I had five bouts was a really good experience and gave me a big confidence boost.

“The world championships have come around quickly and I am looking forward to it.  We have had a good camp and I am feeling fit, in good shape and excited to get started.

“Having my brother with me is great.  It’s something we have always done from being young and it’s great that we can still do this even though we’re competing on the world stage.”

Two boxers at the other end of the experience spectrum are flyweight, Kiaran MacDonald and, featherweight, Niall Farrell, who have both been in the GB Boxing squad for six years and travelled to the Tokyo Olympic Games where they were sparring partners for the boxers representing Team GB.

The pair also competed at the 2021 world championships in Belgrade but faced very difficult draws and did not make it beyond the preliminary rounds.

MacDonald, 25, said: “I’ve been on the squad for a few years now and to finally get the chance to go to the worlds and then not be able to perform at my best was disappointing.  I am over that now though and have been in good form recently.

“The last time I boxed (in April 2022) I won a tournament where I had four fights and beat two Kazakhs so that has given me a lot of confidence that I am going to take into the Europeans.”

For Farrell, the European championships is a reminder of the highpoint of his career so far which came at the 2017 event in Kharkiv, Ukraine where he won a silver medal at flyweight.

Persistent injury problems and the impact of the pandemic has halted the Birmingham man’s progress since, but the 24-year-old feels he is returning to his best form, after topping the podium on his last outing at the Gee Bee tournament in Finland in April 2022.

Farrell said: “I am feeling the best I have felt physically and mentally for a long time.  We have just come off a multi-nation training camp where I got a lot of rounds in against some good boxers, so I think the preparation has been good and I am just looking to get out there and getting started.

“In tournaments you need to get a fight under your belt to get your rhythm but once I am up-and-running I am confident I can take on anyone.  I know there will be some good boxers in the draw but you just have to take each fight as it comes and beat what is in front of you.”

The trip to Armenia is an opportunity for Scotland’s Reese Lynch to build on his historic performance at the November 2021 world championships in Belgrade, Serbia when he became the first Scottish boxer in history to win a world medal as he claimed light-welterweight bronze.

It earnt the 21-year-old from Fauldhouse an automatic place in the GB Boxing squad, which he joined in January 2022 along with countryman, Sam Hickey, who was selected following a series of assessments.

Lynch said: “I have really enjoyed it since I got into the GB Boxing squad and think I’ve settled in well.  Training full-time is a big plus as you can really dedicate yourself to the sport and you don’t have to worry about other things.  The facilities are great as well and in the run-up to the worlds I’ve been training in the altitude tent which has been a new experience.

“Winning a medal at the world championships did boost my confidence as it showed I can mix it at the highest level.  I’ve also been to a couple of other tournaments since and won medals at both so am benefitting from the experience of competing against top boxers.

“It’s all been good preparation and I am feeling sharp and ready to go.”

The full line-up selected by GB Boxing is:

The action starts on Sunday 22 May 2022 and the results of all the bouts involving boxers from Great Britain will be posted on GB Boxing’s social media channels and at www.gbboxing.org.uk. 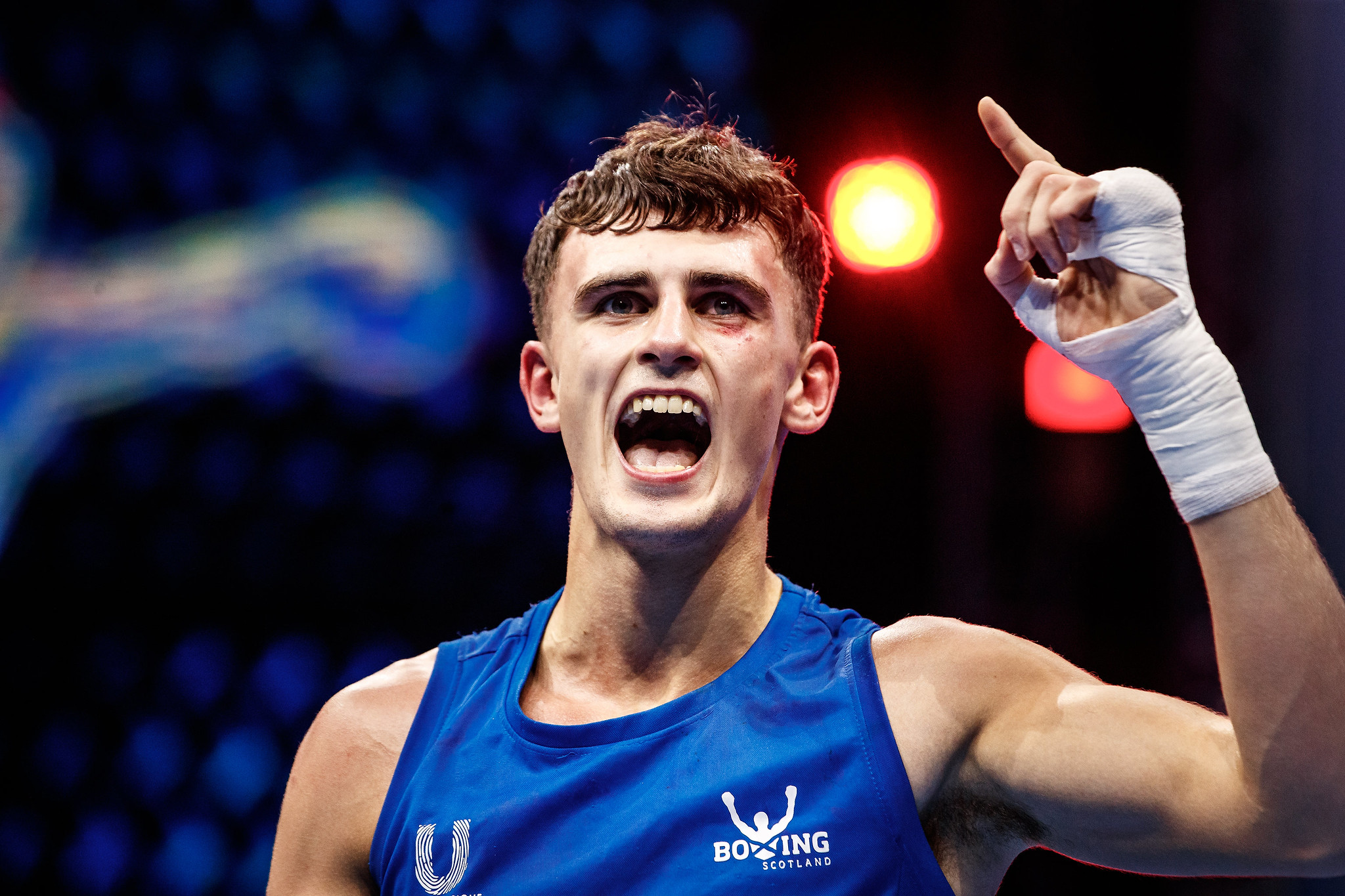 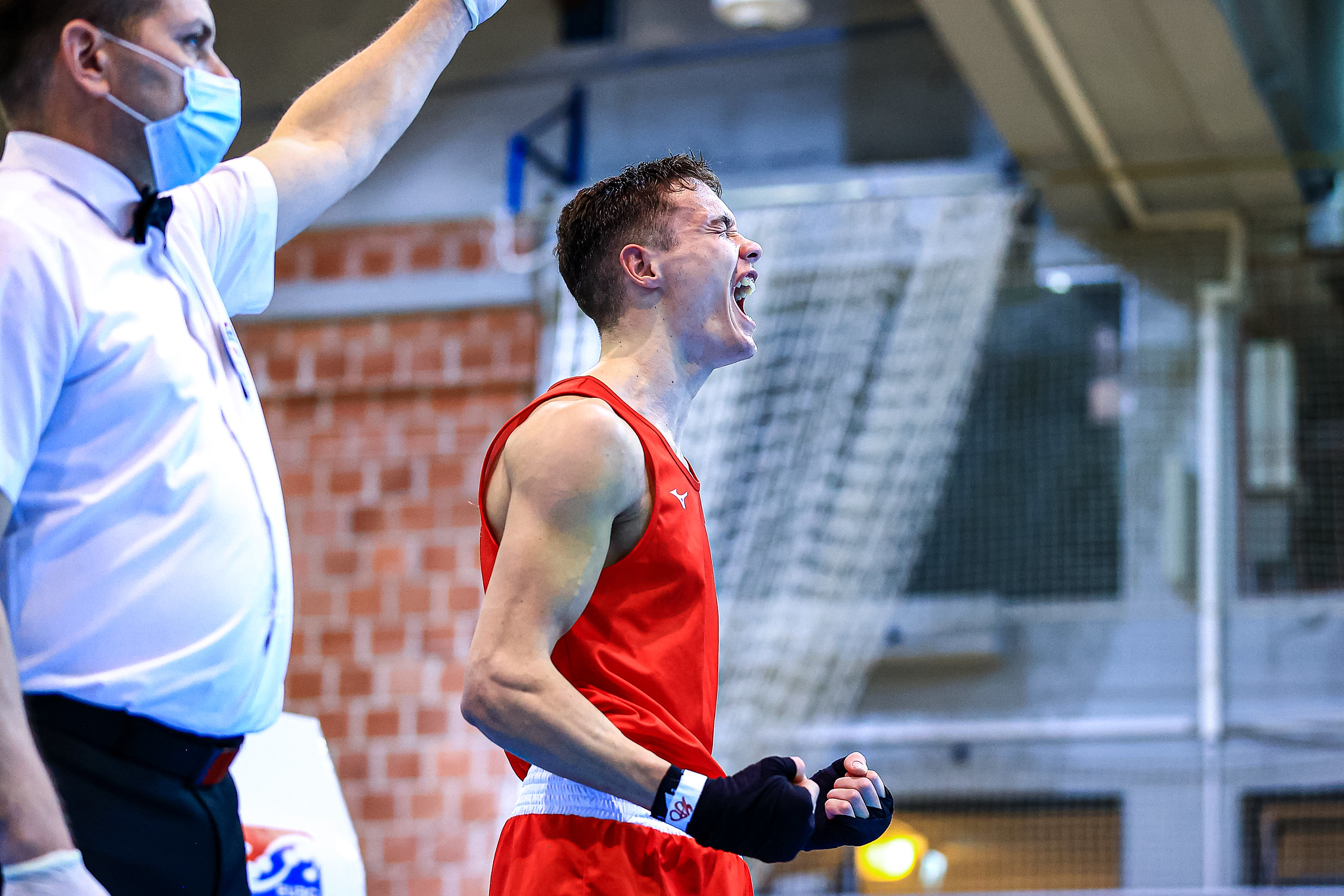 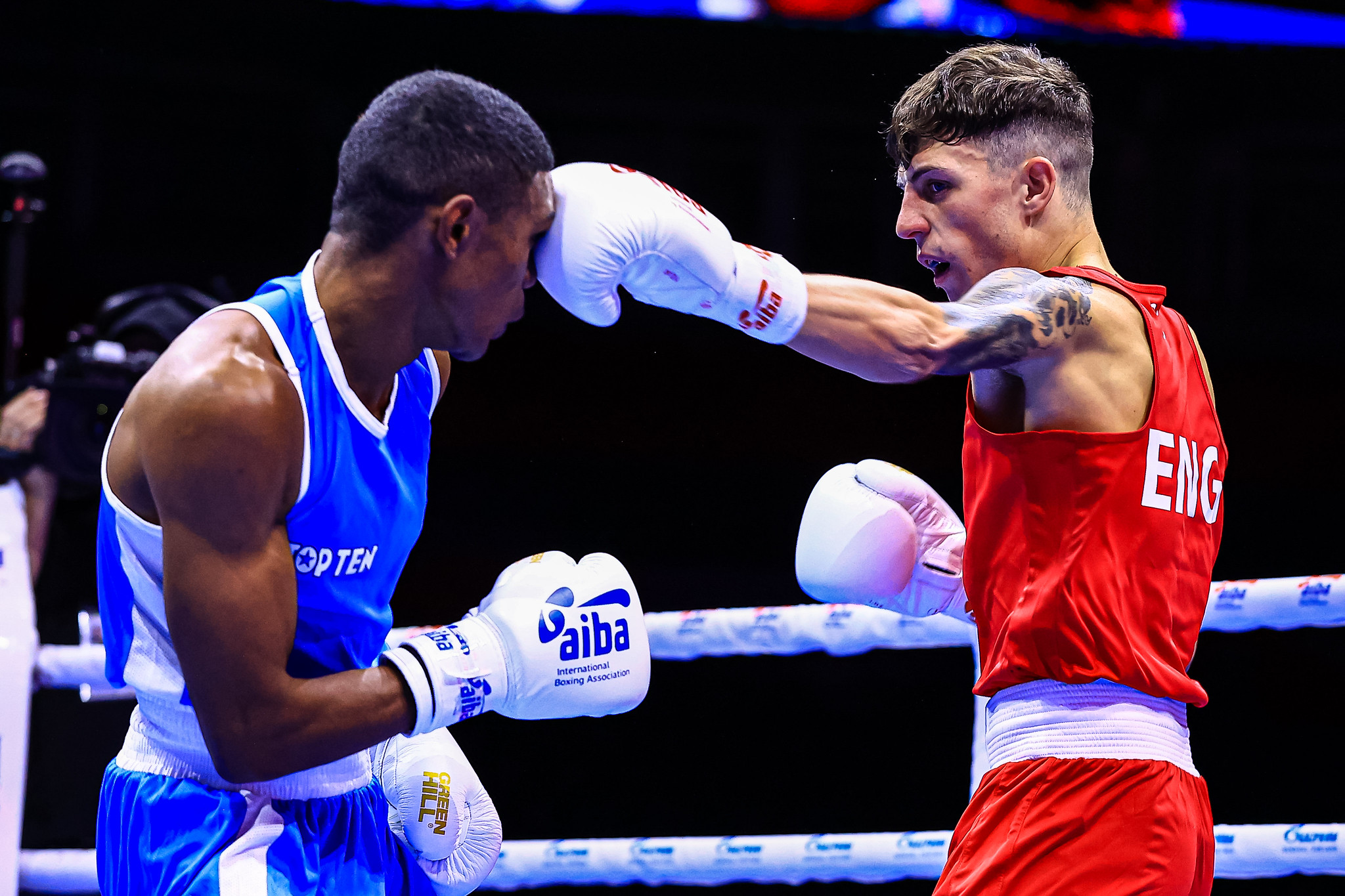 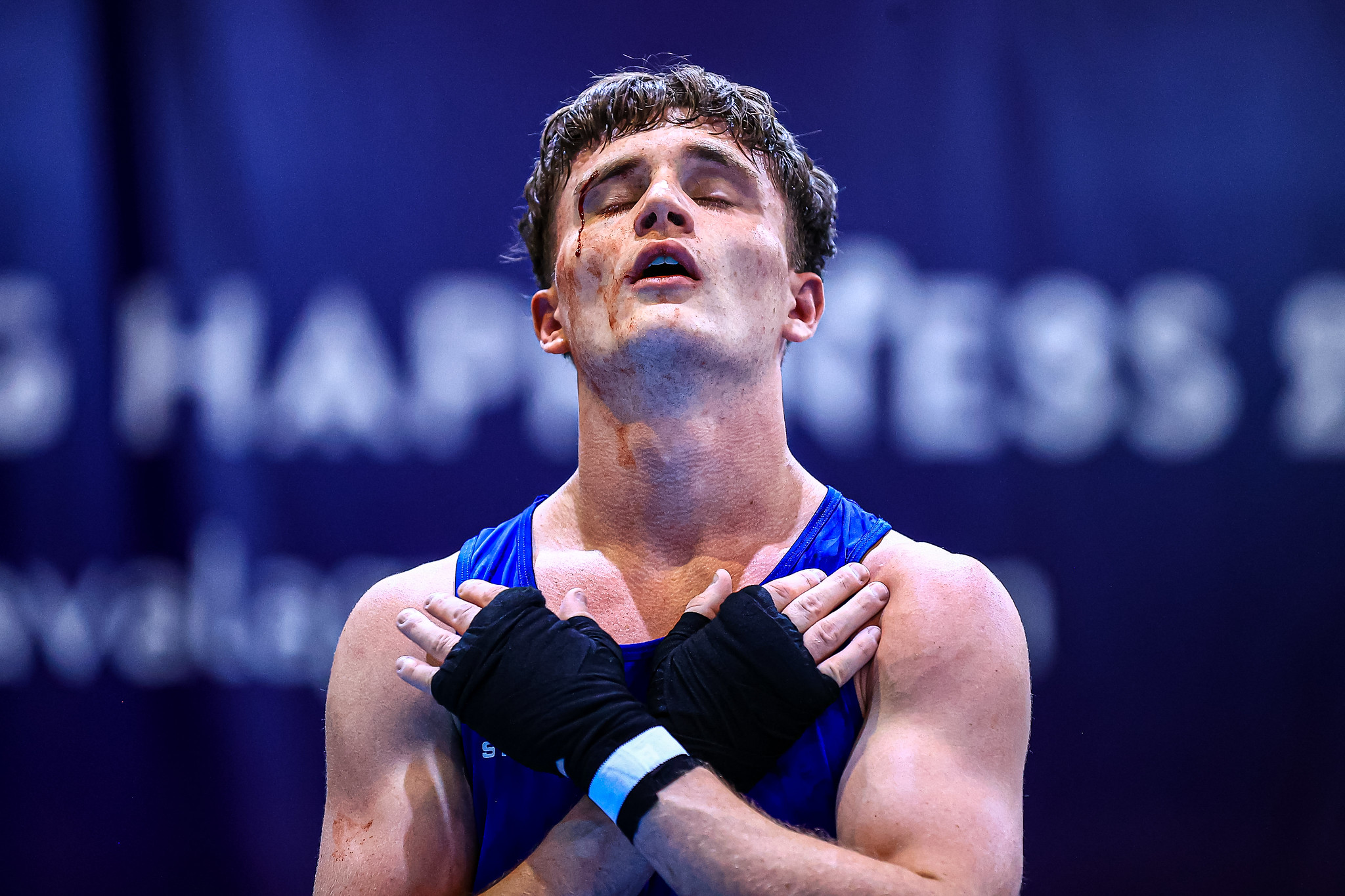 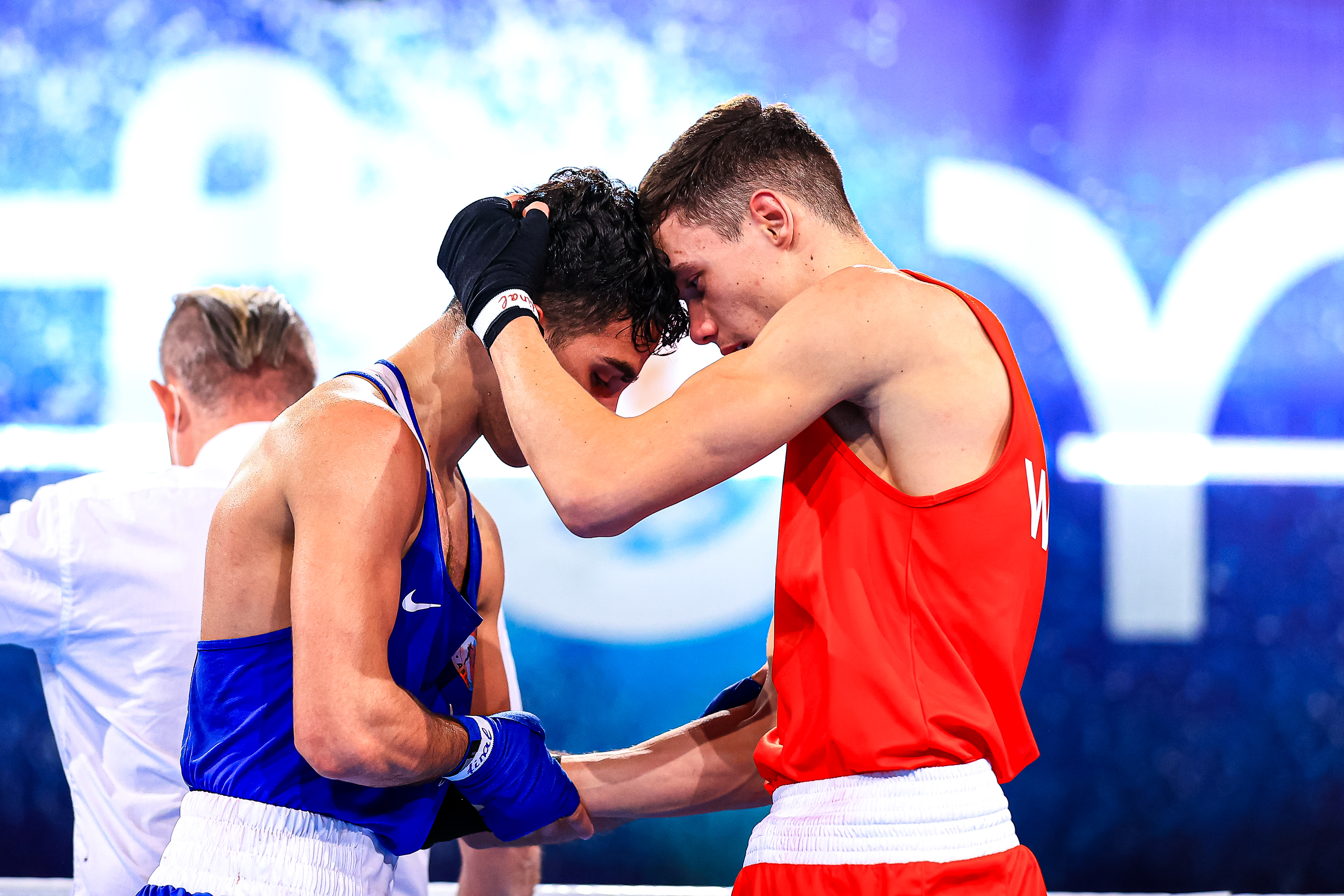 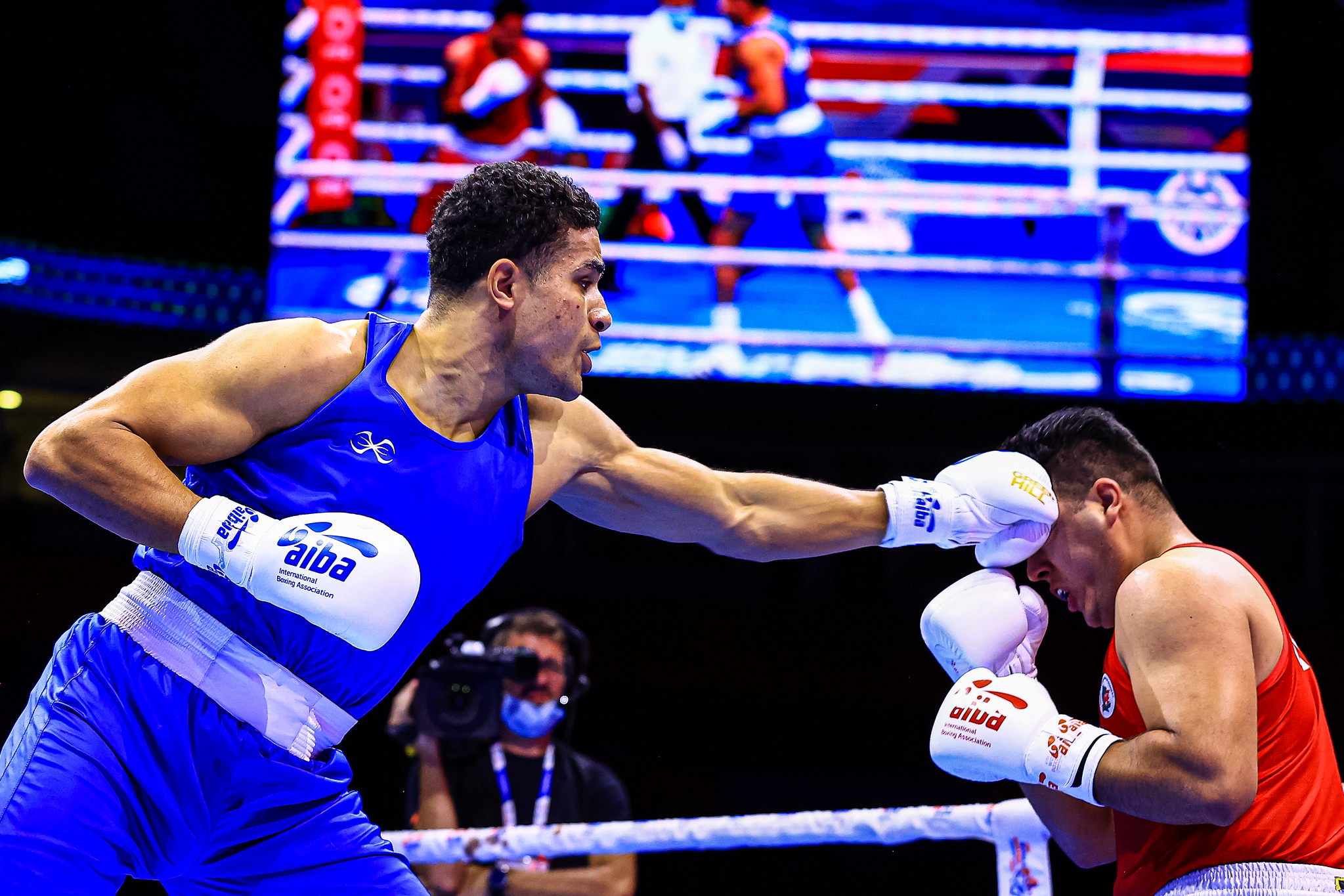