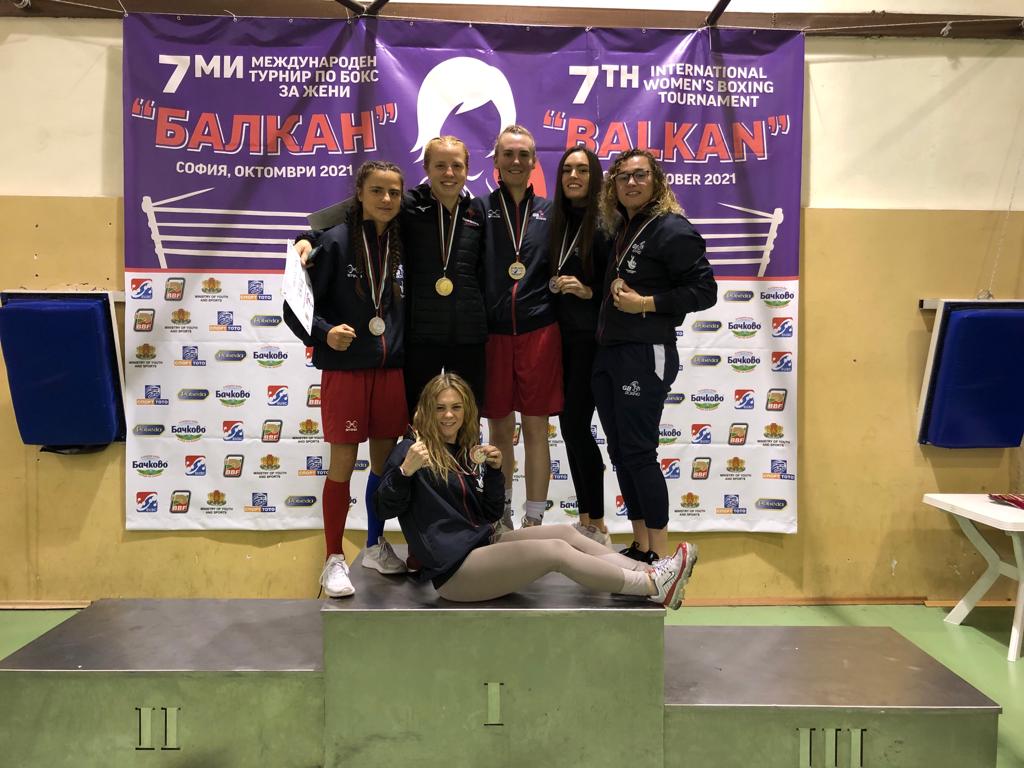 Great Britain’s women have returned from a successful week at the Balkan Tournament in Bulgaria with six medals including golds for Rosie Eccles and Kerry Davis.

All of the boxers selected by GB Boxing won a medal as the team returned with two gold, one silver and three bronze.

The gold for Rosie Eccles is the fourth medal of 2021 for the Welsh welterweight who defeated Khadichabonu Abdullaeva of Uzbekistan in the final with a second-round stoppage.

It maintained a superb run of form since the turn of the year that has seen her win gold at the Socikas and Belgrade Winner Tournaments and silver at the Bocskai in February.

Eccles was joined on top of the podium by Kerry Davis, who defeated France’s Davina Michel by a split decision (4:1) to win the middleweight gold.

It was another impressive performance from Davis and built upon the bronze she won recently at the Socikas tournament in Lithuania.

The only slight disappointment for the British team on the final day of action came in the flyweight final as Tori-Ellis Willets had to settle for silver after narrowly losing out to Italy’s Olena Savchuk in a close fought encounter.

It was the Nuneaton boxers’ second bout of the tournament in which she has made significant progress and gained valuable international experience.

The same is true of the three bronze medallists, flyweight, Demie-Jade Resztan, lightweight, Shona Whitwell, and light-middleweight, Jodie Wilkinson who performed creditably to earn a place on the podium after a substantial period of time in which they have been prevented from competing internationally owing to a mixture of injury and Covid restrictions.

The fill medal haul is: 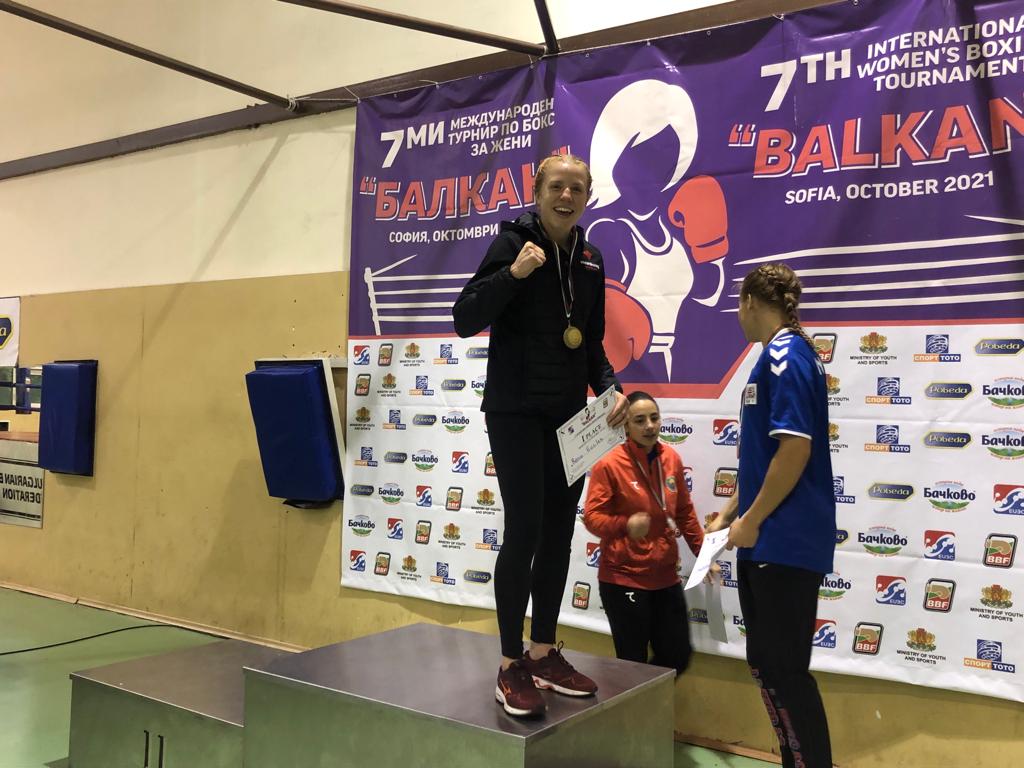 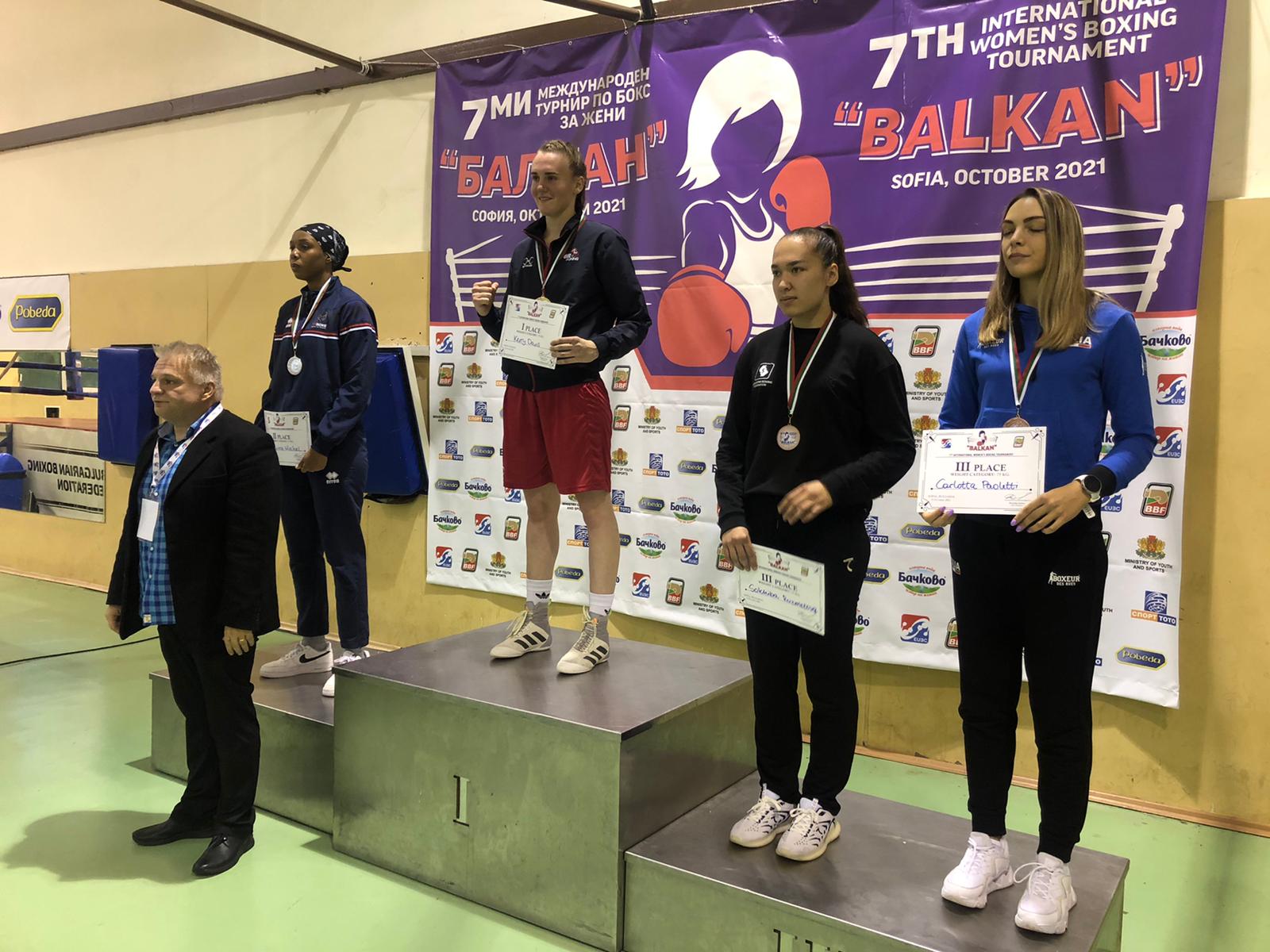 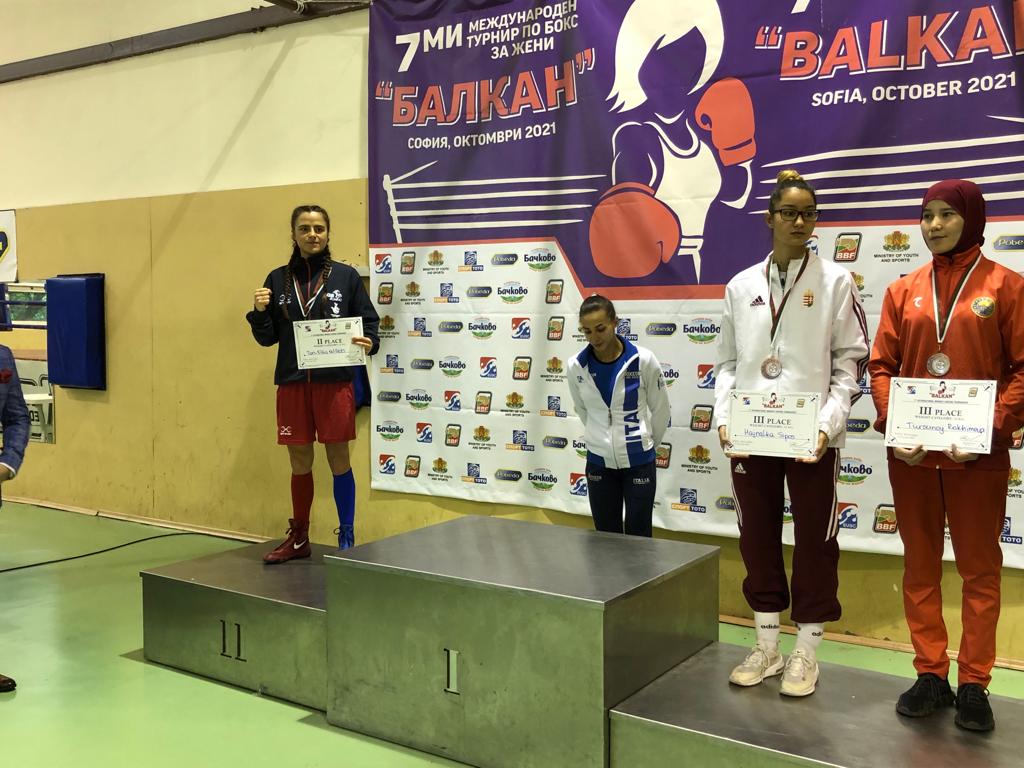