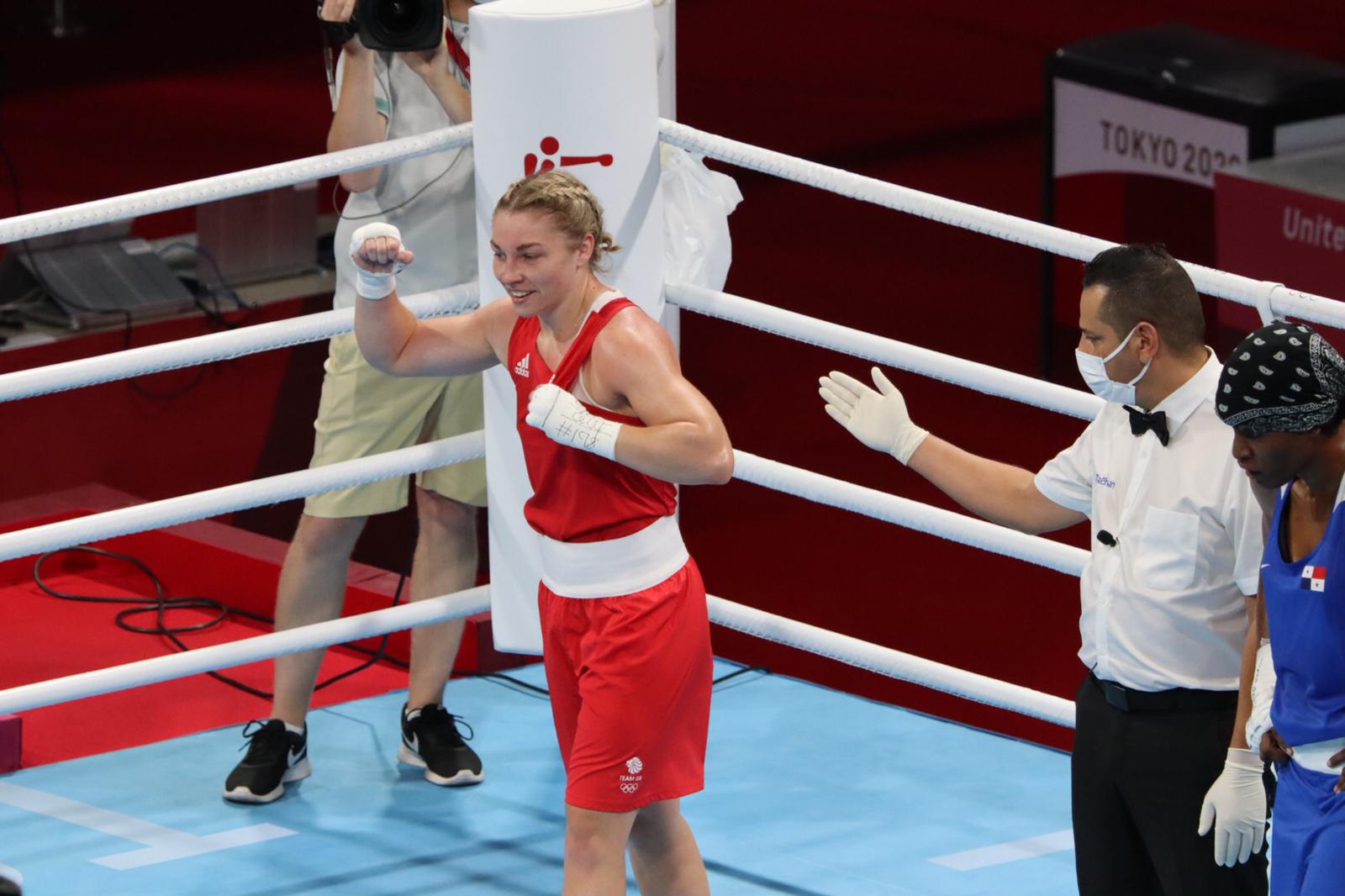 TEAM GB has secured it fourth boxing medal at Tokyo 2020 after Lauren Price defeated Atheyna Bylon of Panama in her middleweight quarter-final.

It means the team is only one medal away from equalling the total of five medals from London 2012, which was Great Britain’s best return since 1908.

Price’s win was the highpoint in a day of mixed fortunes for boxers from Great Britain which saw Karris Artingstall exit the tournament with a bronze medal and Luke McCormack lose his second round contest in the men’s lightweight division.

On the upside, Galal Yafai overcame a spirited challenge from Zambia’s Patrick Chinyemba to secure a split decision (3:2) win and a place in the flyweight quarter-final when he will have the chance to guarantee a medal.

Price began proceedings in first session of the day by making history as she became the first Welsh female boxer ever to win an Olympic boxing medal when she unanimously beat Panama’s Atheyna Bylon to guarantee that she will leave Tokyo with nothing less than bronze.  She will face her long-time rival, Nouchka Fontijn of Netherlands, in the semi-final.

Price said: “I’m making history all of the time, it’s a bit crazy really. But I am just loving the journey. It hasn’t really sunk in yet, but this has been my dream since I was an eight-year-old.

“It’s been an emotional week seeing the team medalling. You’ve kind of got to hold it back and think of yourself. We’ve got a great team and there is many more medals to come. It just goes to show how much work GB Boxing has put into us, even through the pandemic, and it shows how much they sacrificed and pushed us.”

Yafai kicked-off the evening session with victory at flyweight, however Luke McCormack was not able to follow suit in the lightweight category as he succumbed to Cuba’s lavishly gifted, two-time world champion, Andy Cruz.

McCormack said: “He had a good jab and was really tricky.  Every time I went at him, he half pulled off and didn’t really exchange. I tried to wait for him and hit him when he came in but he’s really tricky. I would have liked to have got him in the medal stages but it’s hard luck. There’s not much you can do about it.

“I’m proud. I had a couple of injuries coming into qualifier and the Olympics so I’m just glad I was able to be here and compete at the top level.”

The final bout saw further disappointment for Team GB as Karriss Artingstall lost the narrowest of split (3:2) decisions to Irie Sena of Japan.  A slow first round hindered her chances and despite a spirited onslaught in rounds two and three Artingstall was not able to make-up the deficit.

She departs the Olympic competition with a bronze medal which she will receive at her ceremony on Tuesday 3 August.

Artingstall said: “I knew it was close. I started a bit slow and playing catch-up is a nightmare.  You can ask any boxer, losing that first round and having to catch up, it’s horrible.

“I’m not going to moan about the decision it was very close and goes to show how much that first round can make a difference.

“I made a mess in the qualifiers and my goal out here was to get on that podium and right a few wrongs from Paris and show everyone at 57kg I’m not to be messed with and not just here to make the numbers up.  I am here to take that top spot.

“Unfortunately, today wasn’t my day but I’ve been part of the GB Boxing squad for two-and- a-half years, and I’ve got an Olympic, World and European medal come Paris I’ll be taking that top spot.”

First up will be Pat McCormack who takes on Ireland’s Aidan Walsh in the welterweight semi-final which is scheduled for approximately 04.00am UK Time.

Also in semi-final is light-heavyweight Ben Whittaker. He will face ROC’s Imam Khataev at approximately 04.50am UK Time.

Concluding the action and boxing to guarantee a medal is super-heavyweight Frazer Clarke. The 29-year-old will be up against Mourad Aliev of France at approximately 05.20am UK Time. 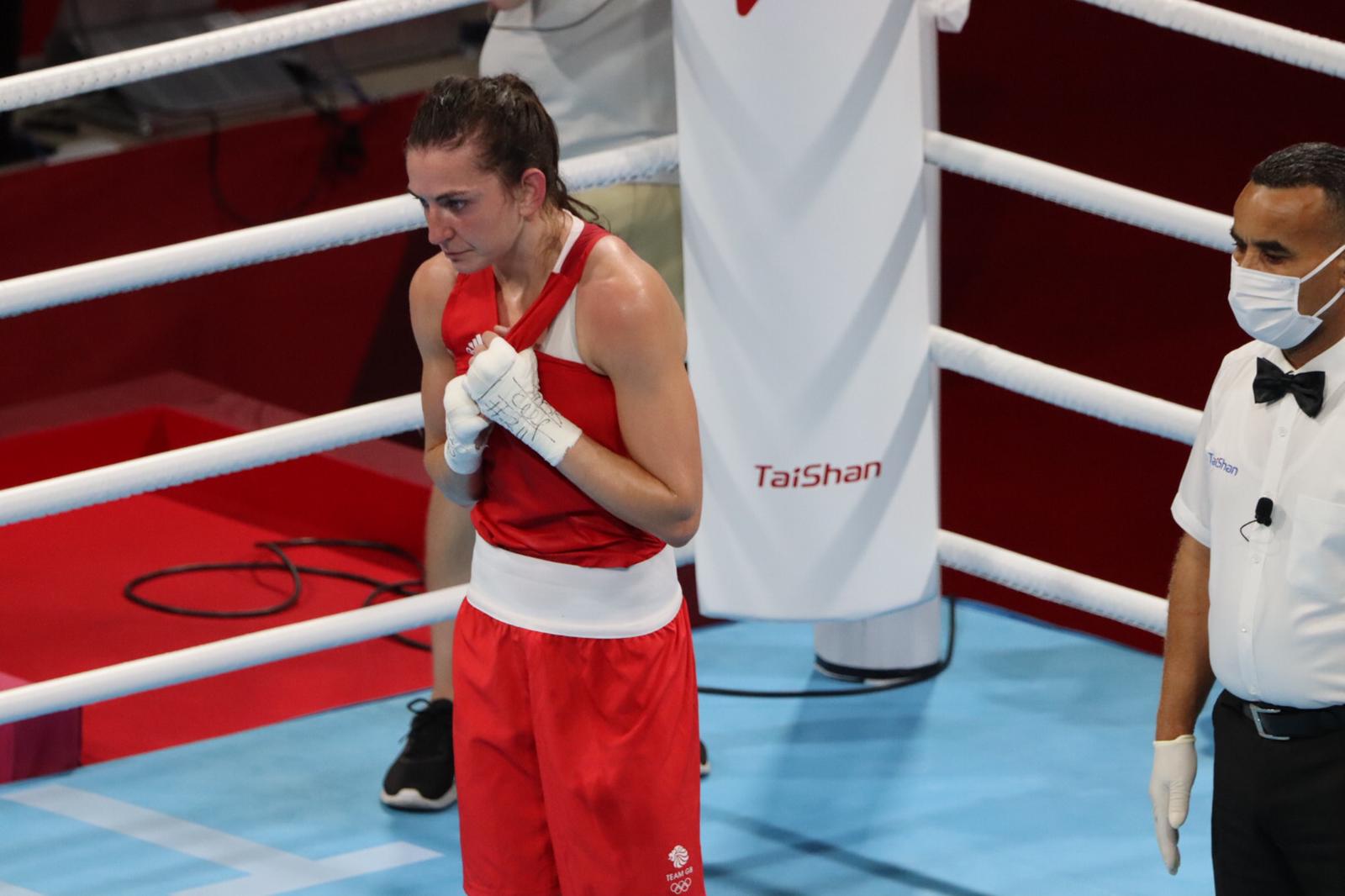 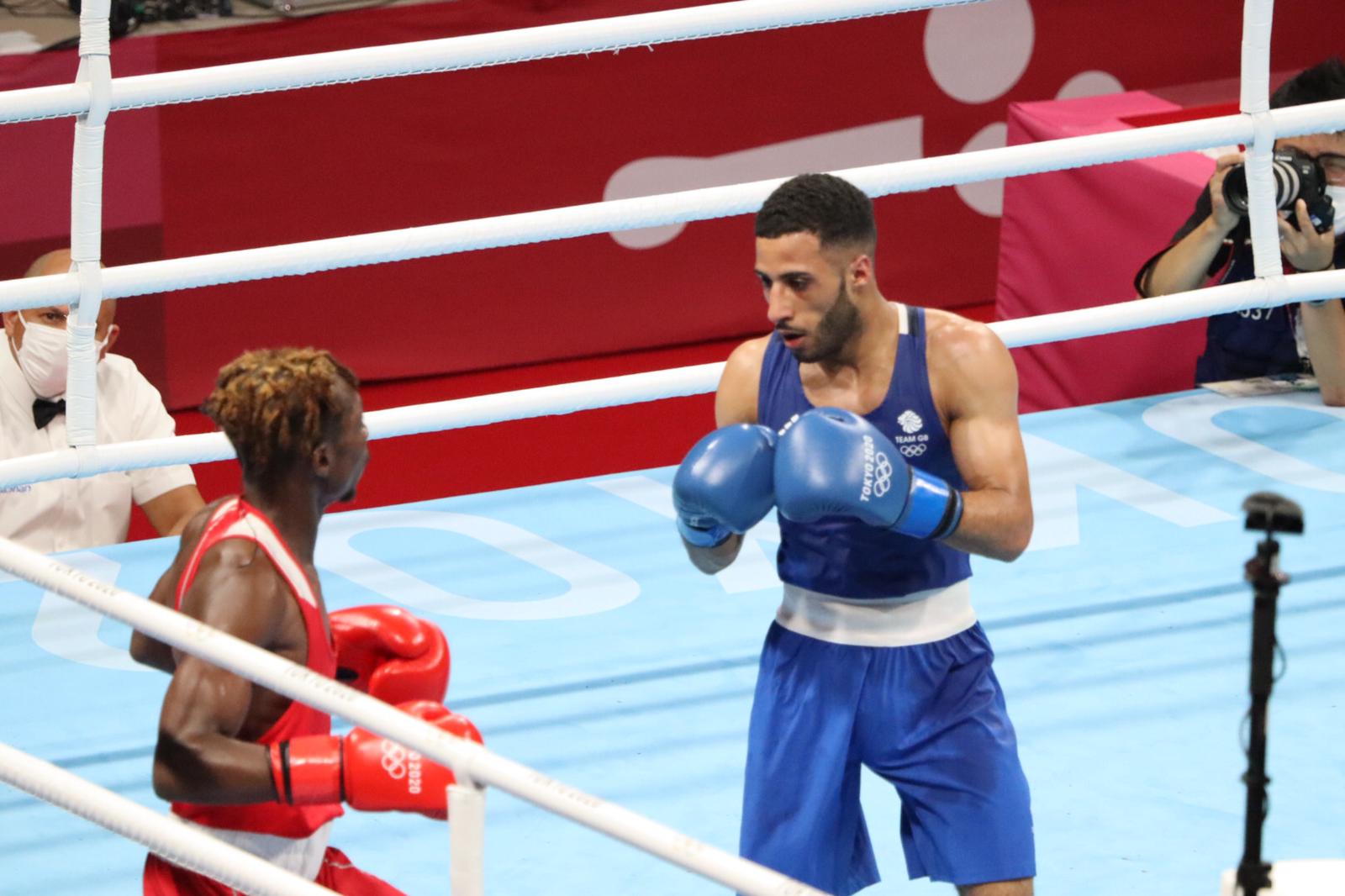 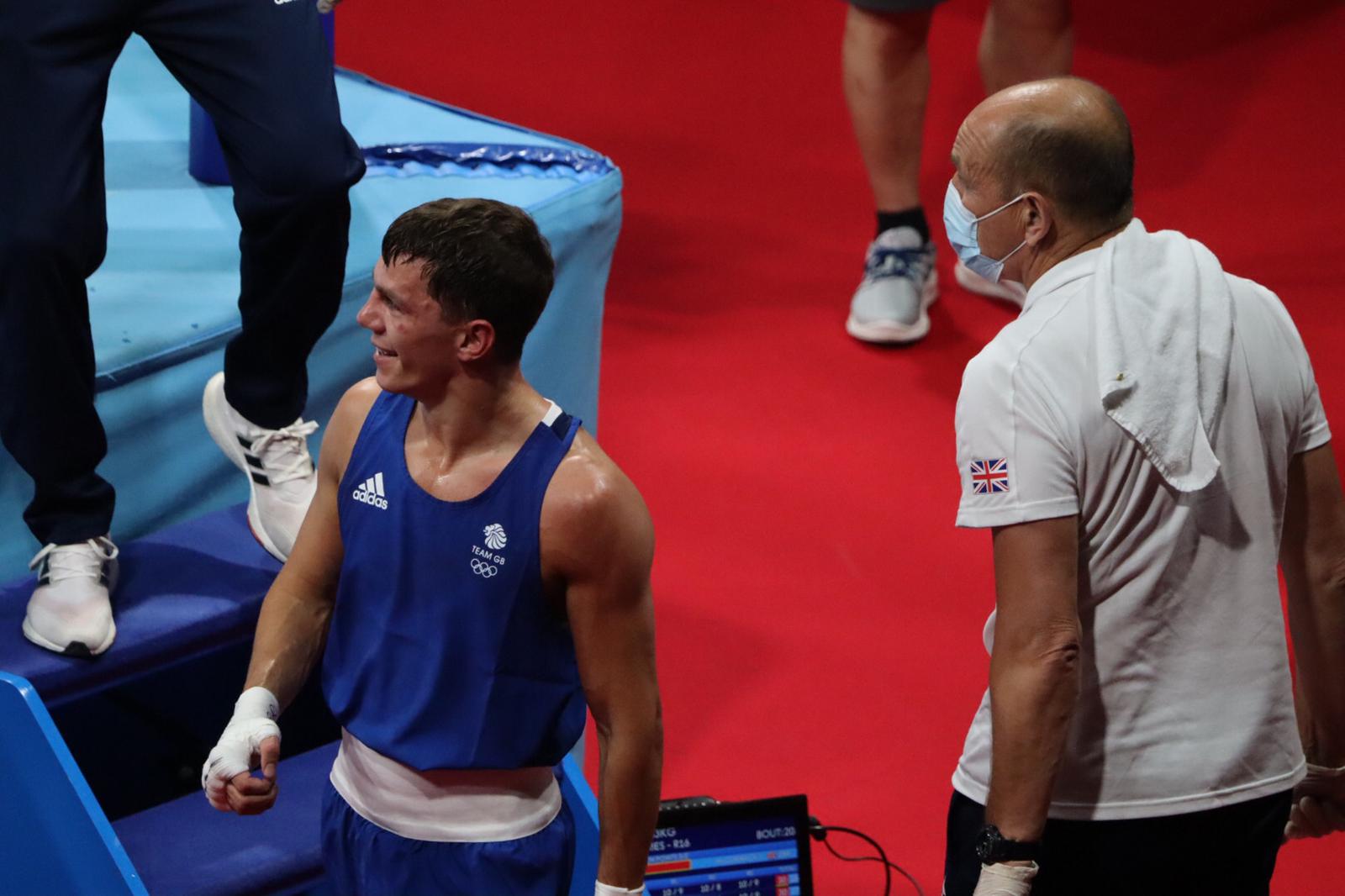