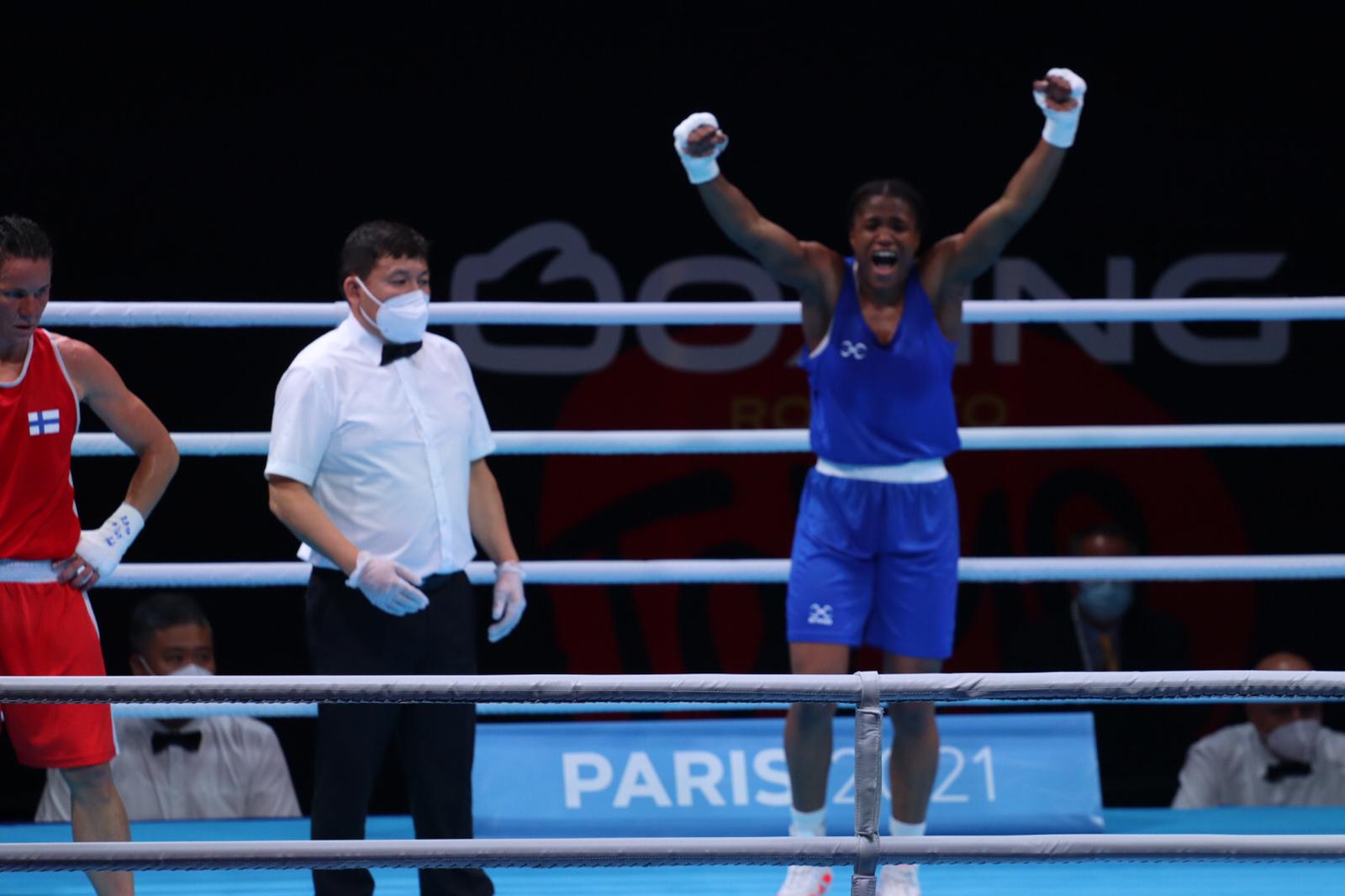 A coming-of-age performance from Caroline Dubois capped a promising opening day for Great Britain at the Boxing Road to Tokyo Olympic qualifying event in Paris.

In only her fourth bout as a senior, the 20-year-old defeated world number two and Rio 2016 bronze medallist, Mira Potkonen of Finland, to leave herself one win away from a place at the 2021 Olympic Games.

In a scrappy lightweight contest, Dubois combined the poise and skills that made her a world and Olympic champion as a youth with grit and mental toughness to overcome her vastly experienced opponent’s street-fighting tactics and secure a unanimous win

It was the highlight of a day which saw boxers from the GB Boxing squad win five out of six contests as Lauren Price, Karriss Artingstall, Pat McCormack and Ben Whittaker joined Dubois in leaving themselves one win away from Olympic qualification.

The only disappointment was a defeat for Lewis Richardson in his middleweight contest against the 2017 world champion and 2017 and 2019 European champion, Oleksandr Kyzhniak from Ukraine.

The opening session of the day saw world champion, Lauren Price, begin her campaign in the middleweight division against Davina Michel of France.

Michel enjoyed a significant height and reach advantage over Price, but the Welsh boxer was too mobile for the French women and used her hand speed and superior footwork to record a unanimous victory. Price will face Ukraine’s Anastasiia Chernokolenko on Saturday evening in her qualification bout.

Next-up was Pat McCormack who was equally impressive in defeating Hugo Micallef in his welterweight contest.  McCormack showed his full range of skills and floored the man from Monaco twice in the third round before the referee stopped the contest. He will face Eskerhan Madiev of Georgia in his qualifying bout on Sunday afternoon.

The evening session saw Karriss Artingstall maintain the team’s momentum as she comprehensively outboxed Helina Bruyevich of Belarus to secure a unanimous victory and set-up a qualifying bout with Stanimira Petrova of Bulgaria.

Dubois was next into the ring and delivered on all the potential she has shown as a junior and youth boxer to overcome an opponent twice her age that has won medals at world championships and Olympic Games.  It means she Dubois needs to win her next round contest against Italy’s Rebecca Nicoli to be on the plane to Tokyo.

Great Britain’s final bout of the night saw Lewis Richardson put in a valiant performance against Ukraine’s Oleksandr Kyzhniak.  The Colchester middleweight had some success against one of the world’s most highly rated Olympic boxers, but the experienced Kyzhniak used his power and experience to secure a unanimous victory.

Although it ended Richardson’s hopes of competing at Tokyo 2021, he is still a relative newcomer to the GB Boxing squad and the experience he has gained over the last two years will stand him in good stead for Paris 2024.

Eight boxers from Great Britain are in action tomorrow when five of them will have a chance to secure qualification for Tokyo. 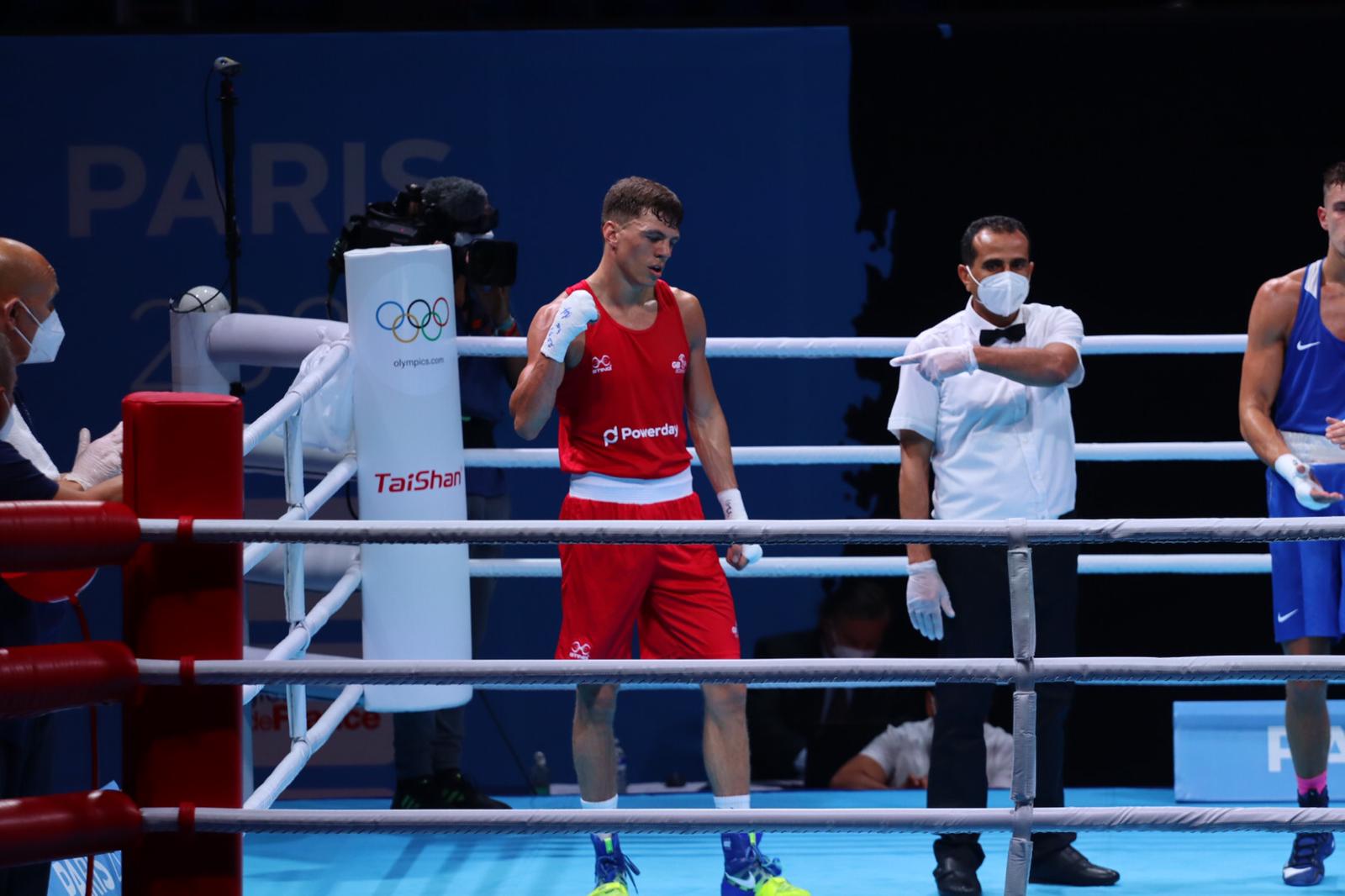 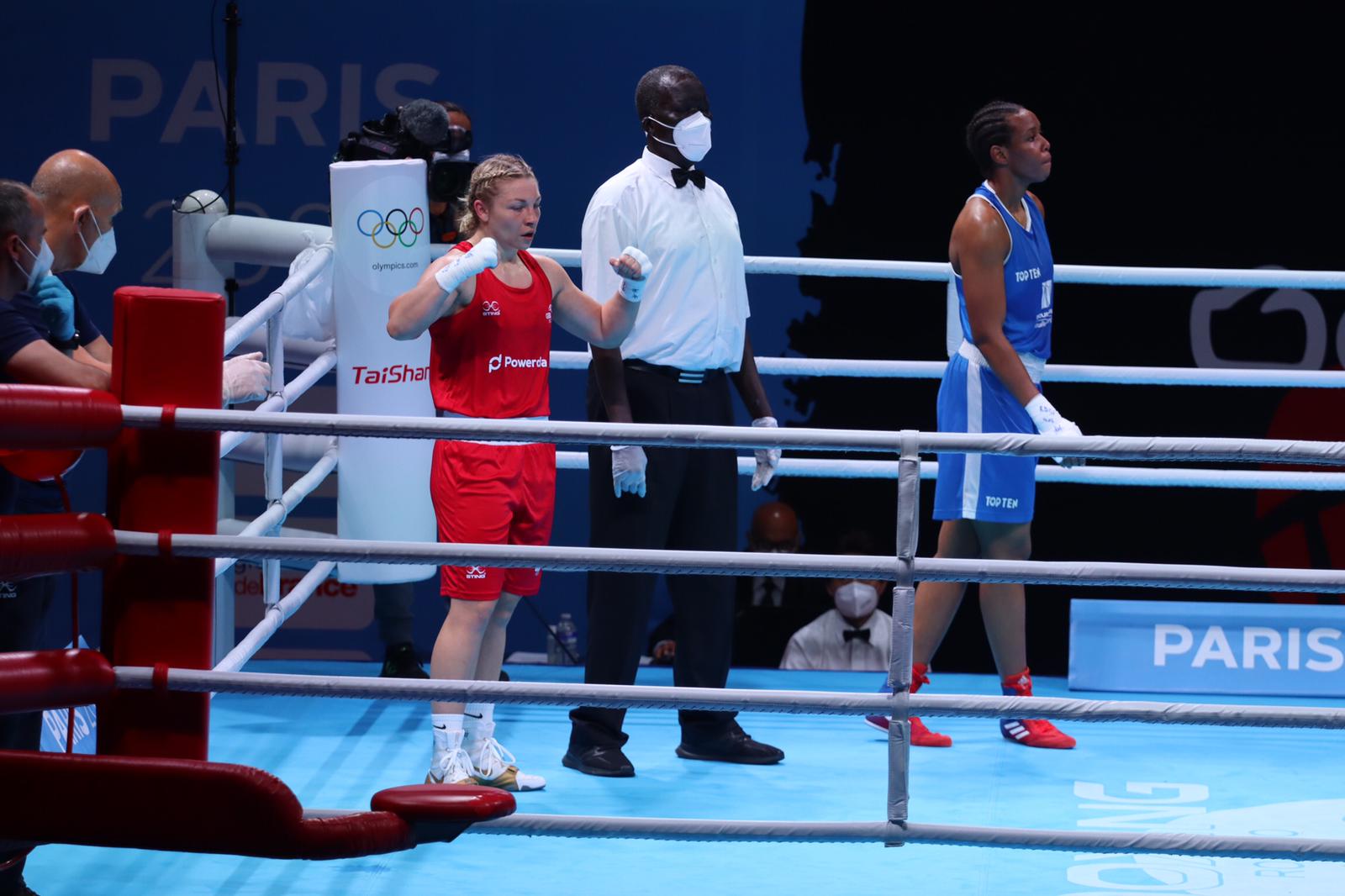 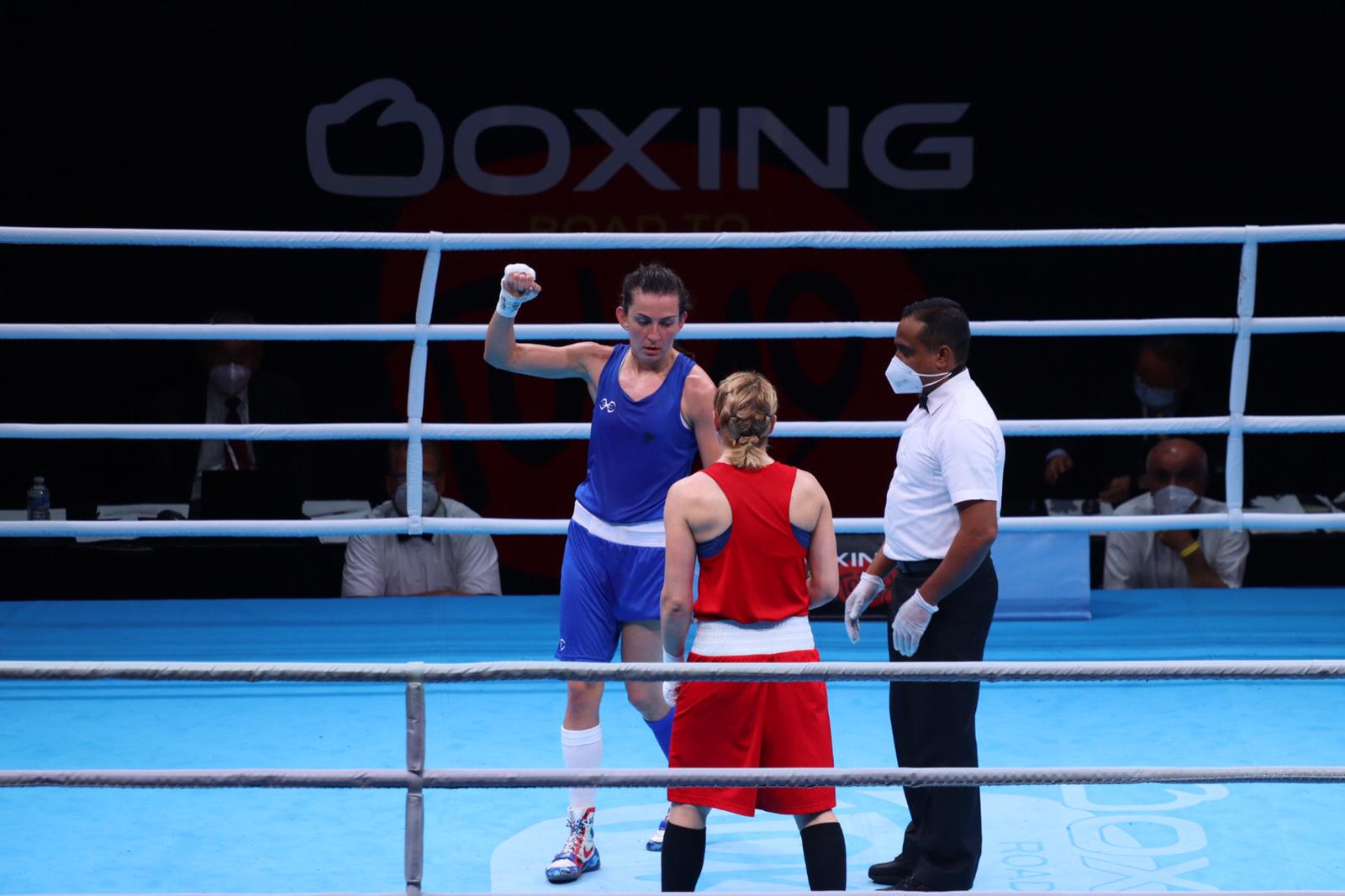 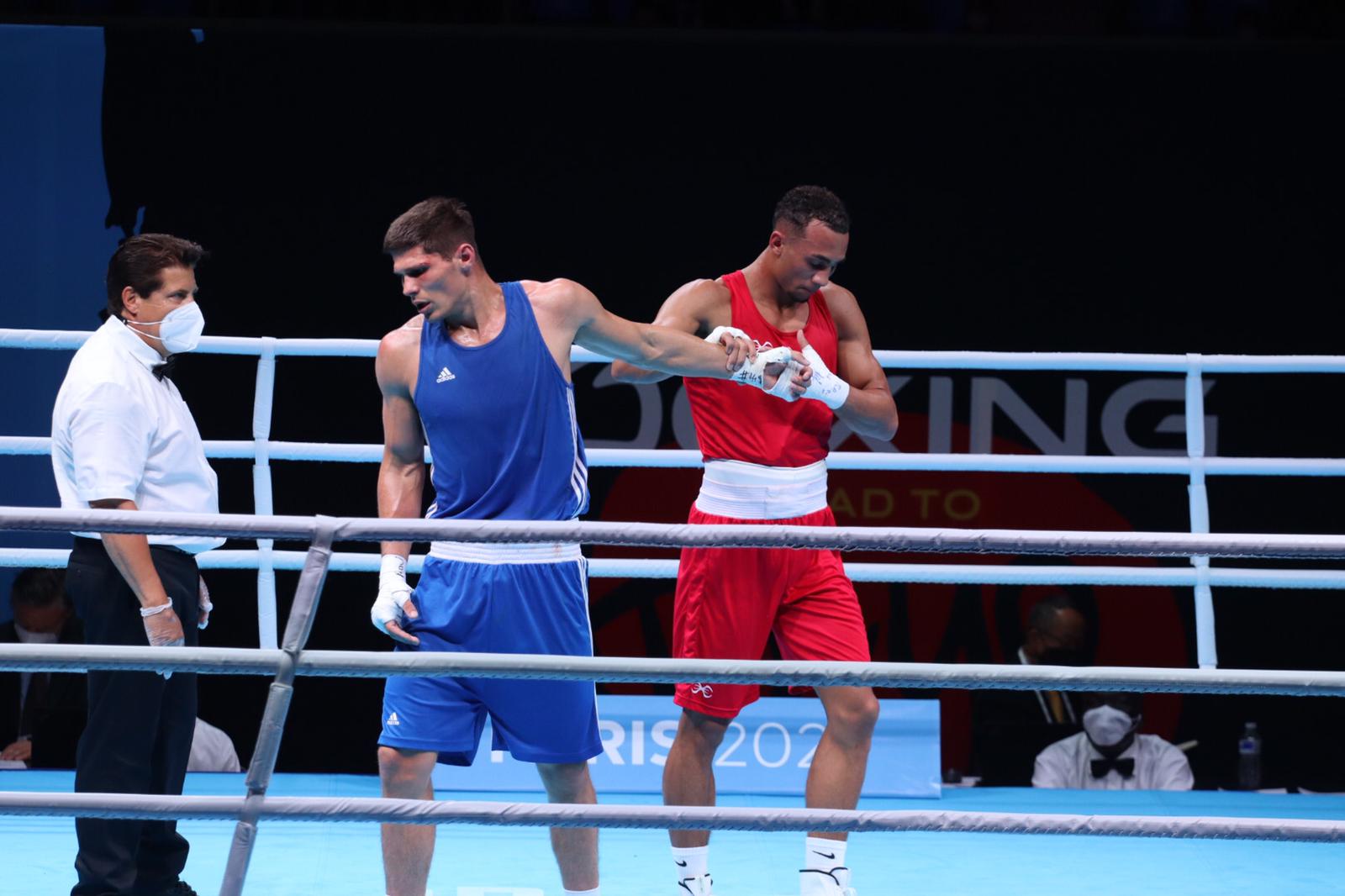