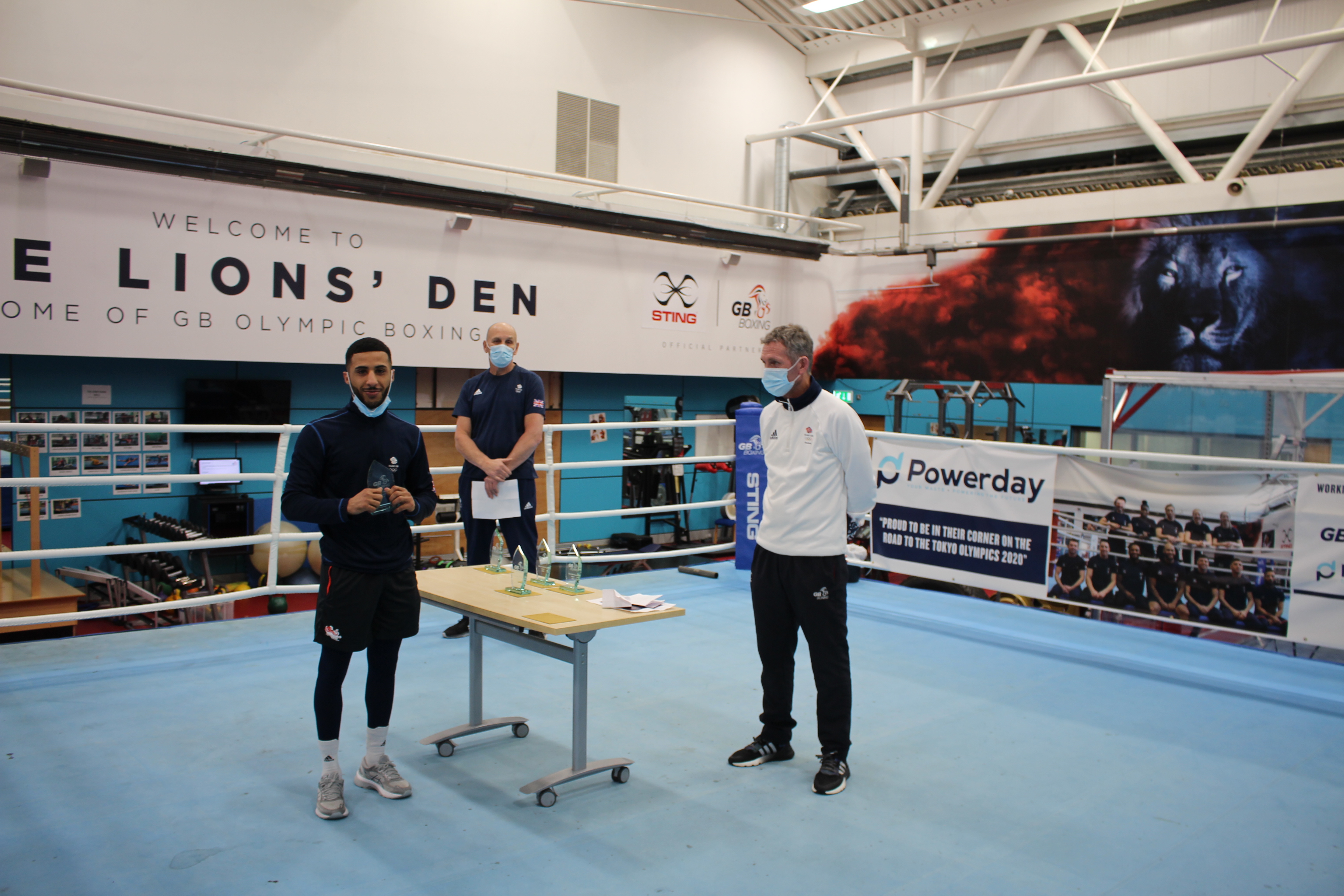 Galal Yafai and Lauren Price landed the top prizes at GB Boxing’s Annual Awards as the pair were named Best Male and Best Female boxer for 2020.

Eight awards were handed out at the annual ceremony which was belatedly held in GB Boxing’s gym at the English Institute of Sport Sheffield under strict social distancing protocols.

Yafai was named Best Male Boxer after securing qualification for his second Olympic Games at the Boxing Road to Tokyo qualifying event in London in March 2020.

The flyweight also scooped the award for Bout of the Year for his performance in the Olympic qualifier when he defeated Rasul Aliev of Russia to guarantee his place at Tokyo 2021.

Price was named Female Boxer of the Year for the third year in a row.  The Welsh middleweight won the world championship in October 2019 and in September 2020 she was ranked No.1 in the world by the international governing body, AIBA.

Another repeat winner was Cheavon Clarke, who landed the Community Award for the second year in a row for his outstanding efforts in delivering school visits, supporting causes and helping out in his local community.

The remaining awards went to some of the newer faces in the GB Boxing squad and recognised the fantastic progress they have made in 2020, despite the difficulties and challenges posed by the Coronavirus pandemic.

Charley Davison was named Best Newcomer following a meteoric rise in 2020. The mum of three only joined the GB Boxing squad in November 2019, after seven years out of the sport.  After impressing in a training camp in the USA in December 2020, Charley was selected for the European qualifier in March 2020 and now stands one win away from a place at Tokyo 2021 after she comprehensively outboxed Ireland’s 2018 Commonwealth Games silver medallist, Carly McNaul, in her first bout.

A new category in this year’s awards was the Giving Our All award which went to middleweight Lewis Richardson.  The award reflected Lewis’s progress inside and outside of the ring in 2020, which saw him overcome a long-term injury to earn selection for the Olympic qualifier in March where he won his opening bout and now stands two wins away from a place at Tokyo 2021.

In September 2020 Lewis started a Master degree in Sports Business Management at Sheffield Hallam University and now successfully combines being part of GB Boxing’s Podium squad with furthering his education.

The final two gongs for Most Improved Boxer and the coveted Boxers’ Boxer Award both went to light-heavyweight, George Crotty.

GB Boxing’s Performance Director, Rob McCracken said: “2020 was a very usual and severely disrupted year when many of the boxers did not get to compete, however several members of the squad did get the chance to box and have made great progress in the last 12 months so it we felt it was important to recognise their success and achievements.

“Despite the challenges, all of the winners have had a very good year in 2020 and thoroughly deserve their awards.” 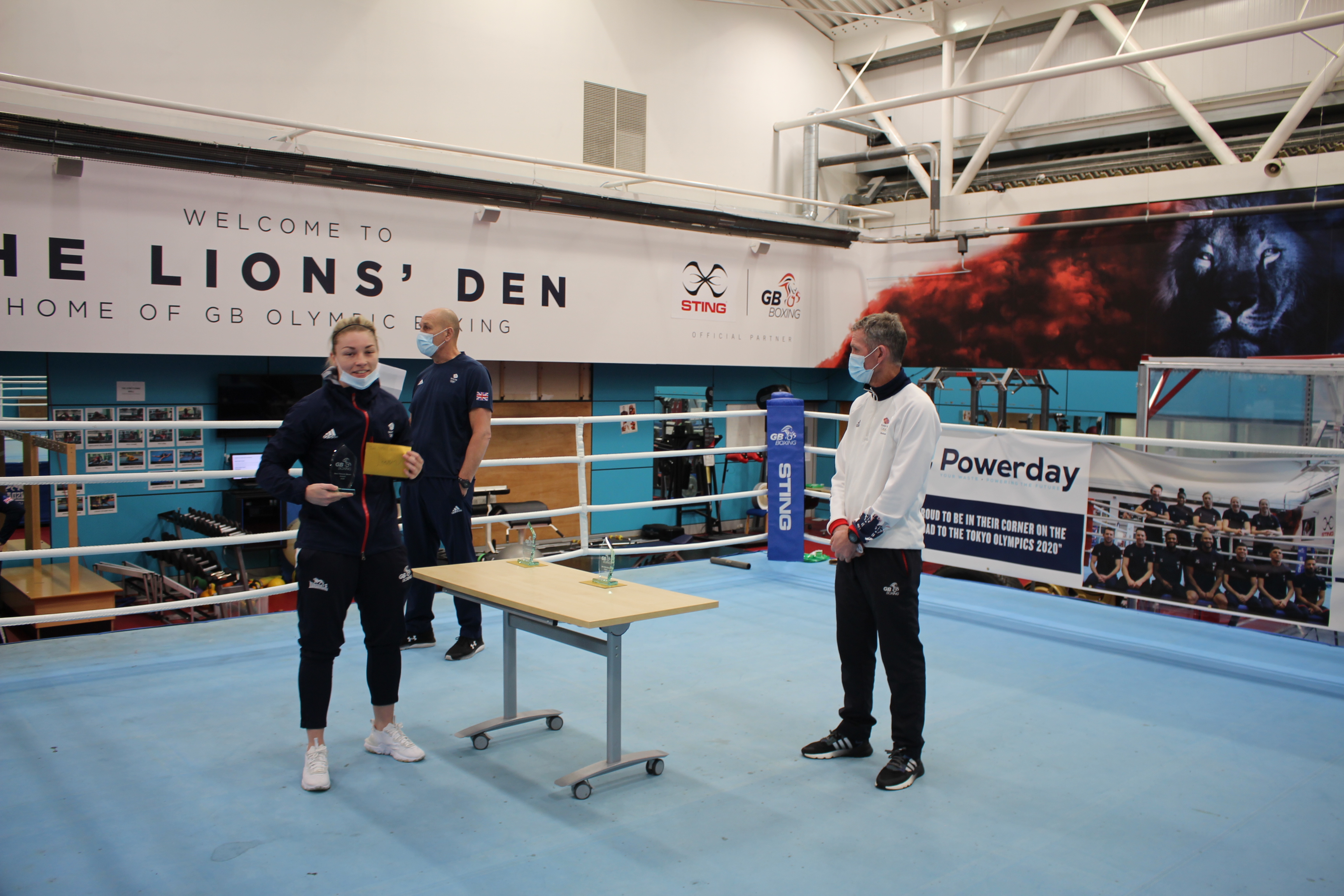 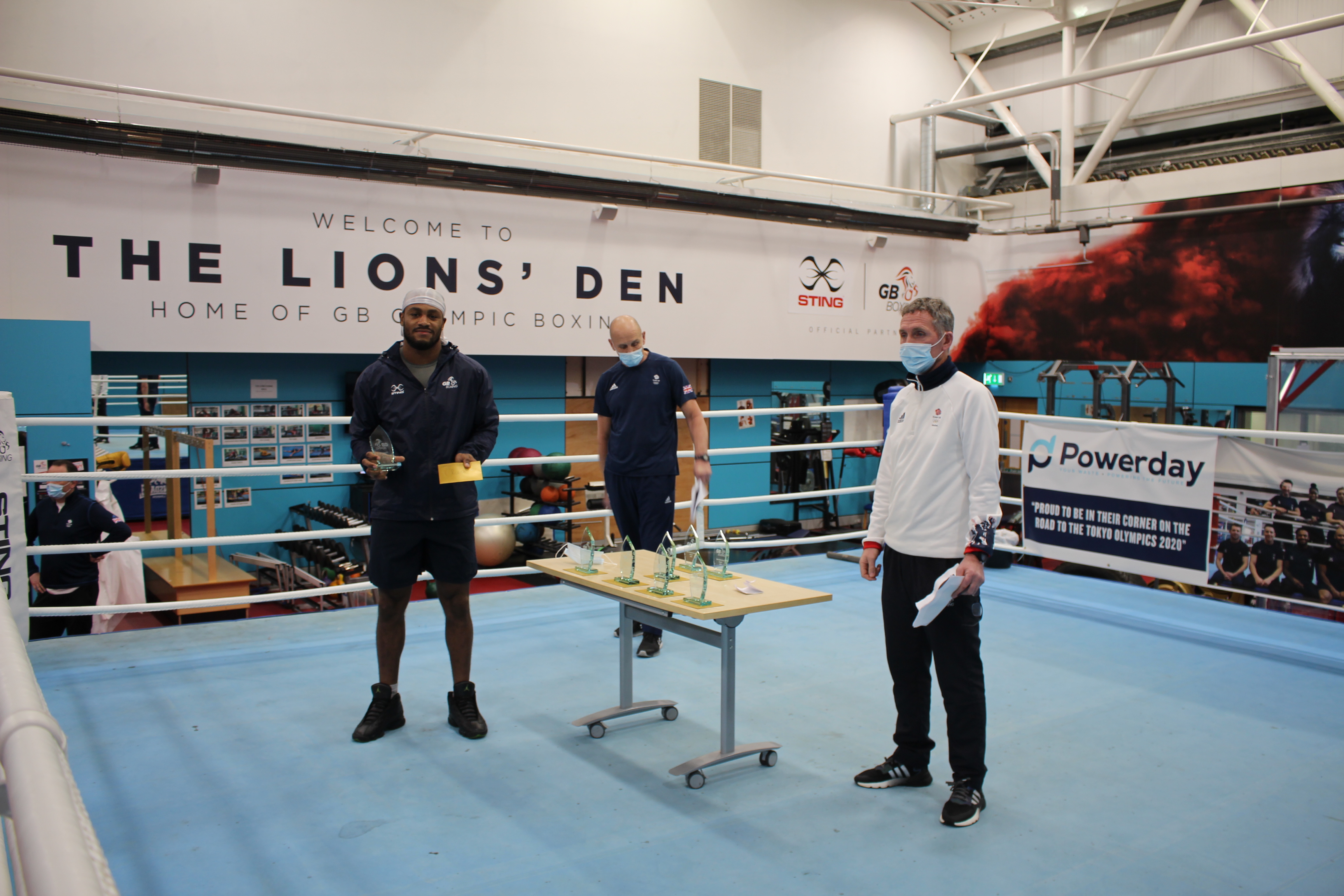 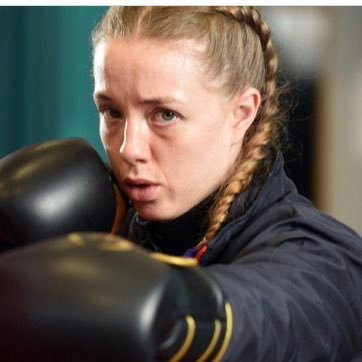 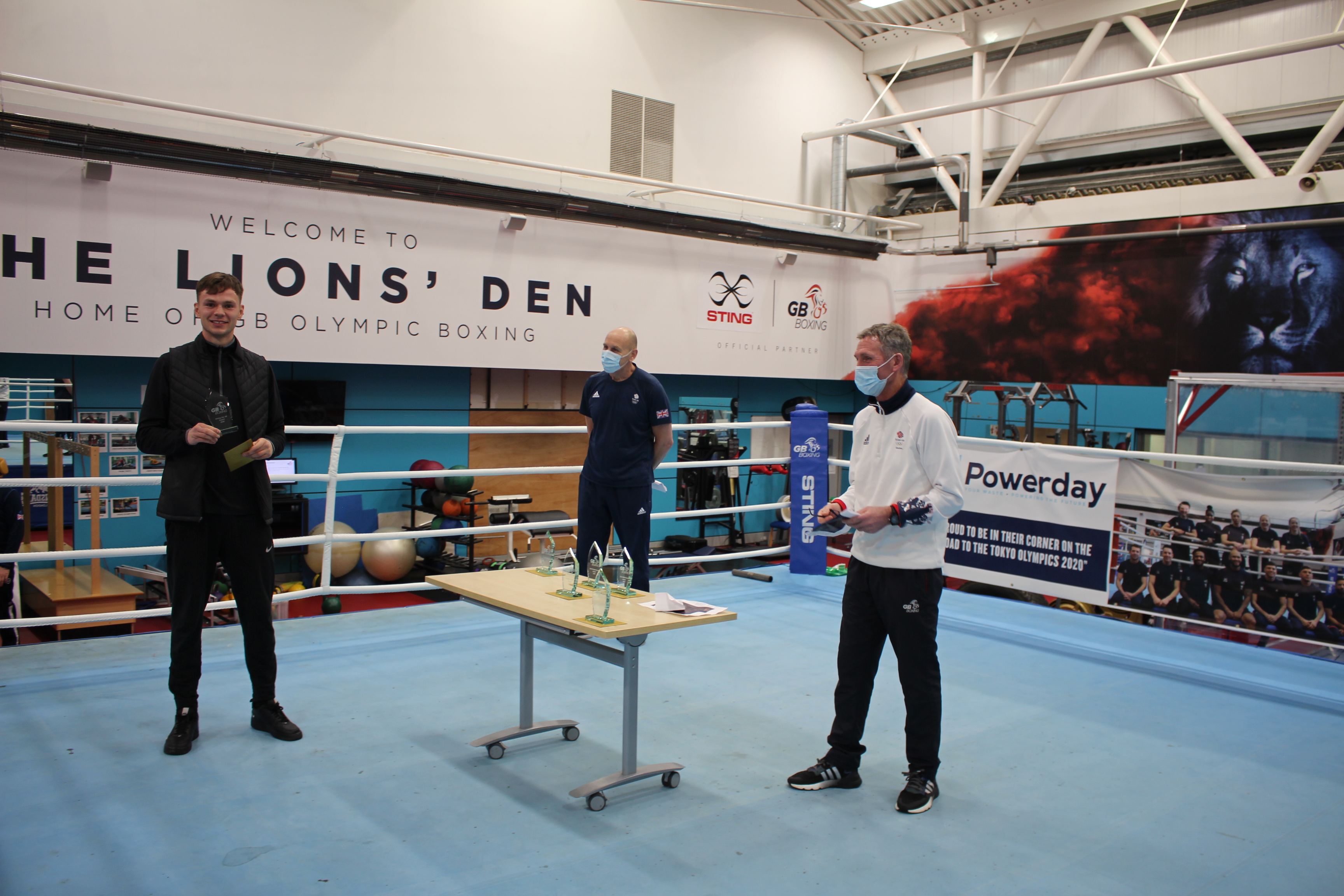 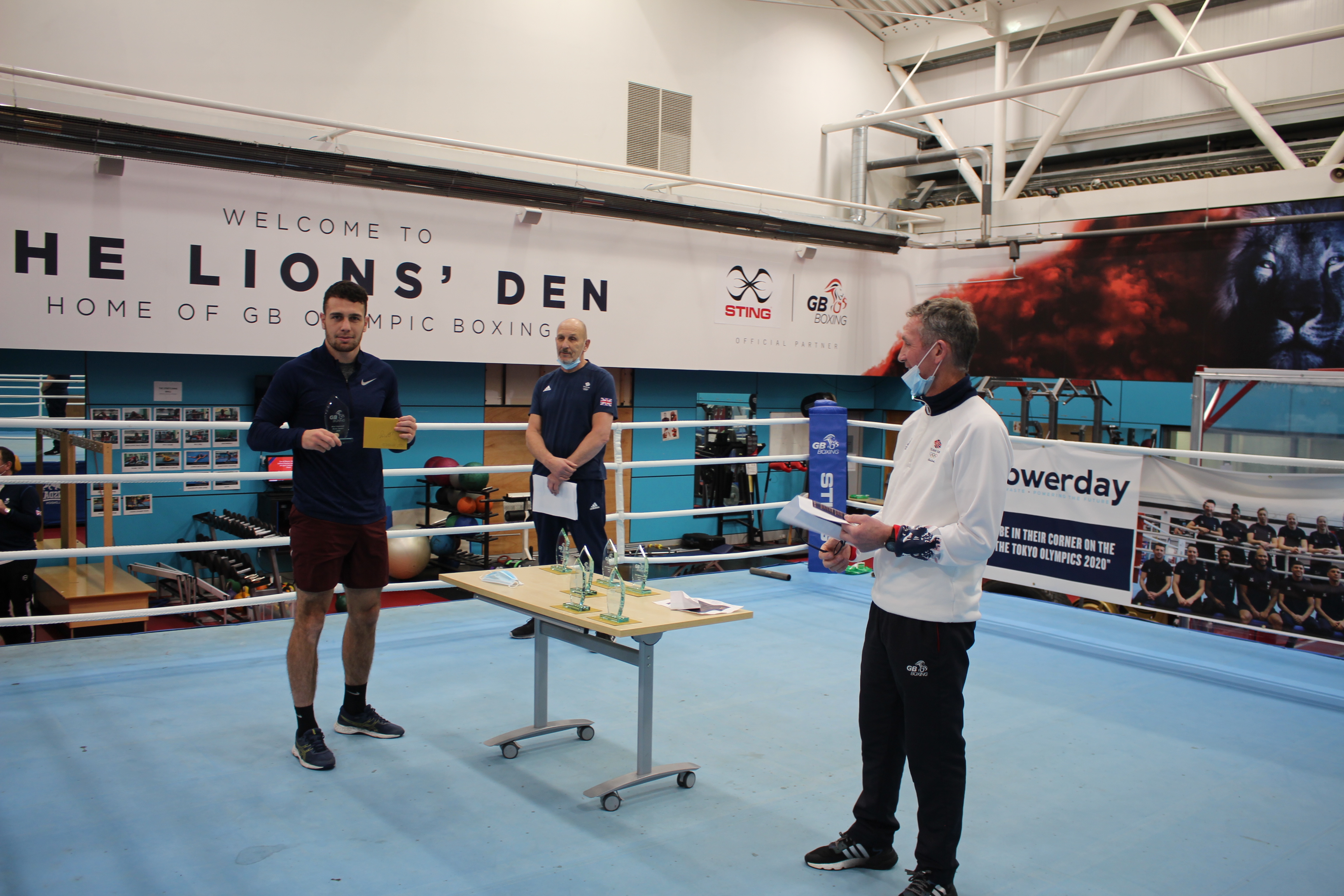