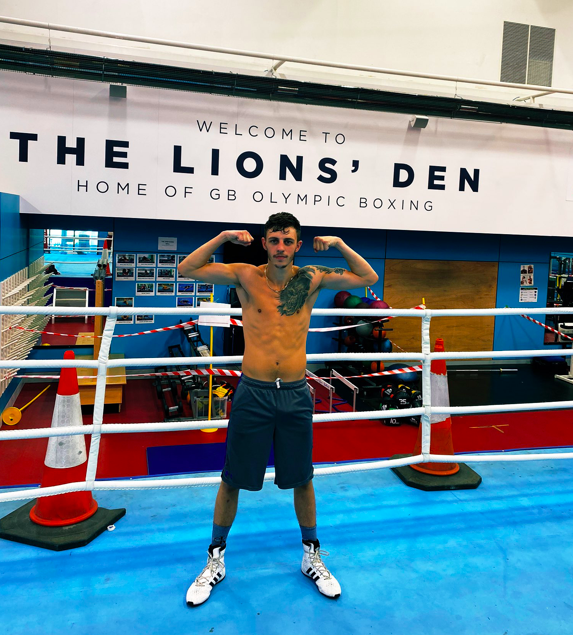 GB Boxing’s Niall Farrell has received immense praise after making a series of volunteer appearances at Heritage Park Community School in Sheffield as part of the Athlete Inspire Programme (AIP).

Niall is one of several boxers from the GB Boxing squad which have been taking part in the AIP, which is a National Lottery funded initiative between Sport England and UK Sport which helps to create high impact volunteer appearances by funded athletes on Olympic programmes.

For his role with AIP, Niall chose to make a series of appearances at the school where he worked closely with a group of eight students, all of which were studying a BTEC qualification in sport, to offer them motivation and training advice as well as acting as a mentor in certain social, emotional and mental challenges they face.

The ultimate aim of the placement was to provide this small group of students, who could relate to Niall’s sporting aspirations, with a male role model.

Part of Niall’s role was to try and help build the confidence of students and encourage them to take on new challenges.

One example of this is an instance where Niall was speaking to a student who was nervous about his upcoming work experience placement.

Niall recalled: “I was saying to him that the hardest thing about going anywhere is the first time as you are sitting there in a new place.  I explained to him that I was nervous coming to speak at the school that day as I’d never met him or any other students before.

“That seemed to get through to him so I asked him to do me a favour and go to the placement, give it a try and if it doesn’t work out, at least he could put his hand on his heart and say, ‘I tried’.

“To be honest, I was expecting to see him the following week when I went back into the school because I did not think he was going to go to his placement. But when I got in he was not there.  I spoke to the teacher and he told me that he had gone and was really enjoying his work experience.”

The feedback from Heritage Park school indicated that one of the key benefits of Niall’s appearances was that the positive impact he had on some students had a ‘ripple effect’ which permeated through to others.

One member of staff who got to see first-hand the good impression Niall made during his appearances was PE teacher, Luke Fletcher.

He said: “Niall joined our sports group to help support and engage our vulnerable students. He had an enormous impact during his time here. His knowledge of boxing provided a key hook to form a positive and successful relationship with the children.”

Niall has been involved with the AIP for over three years and believes the experience has benefitted him as a person and improved his confidence.

He said: “There are many benefits of the volunteering programme and I feel it has helped me great a deal.  It has helped me develop more confidence while speaking and it’s given me a slightly different outlook on life.  It’s great meeting people from all different backgrounds as you find that one size doesn’t fit all.

“Being a boxer on the Olympic programme is intense and demanding so it’s great to have other interests as you have to sometimes switch off from boxing and focus on things outside of your sport. I feel going into schools and doing talks really helps me get my head in a different place which is ultimately has been good for my mental health.”

AIP Regional Facilitator, Steve Flynn, said: “The volunteer appearance partnership between Niall and Heritage Park school has been one of the most rewarding on the Athlete Inspire Programme.  Niall’s proactive approach to his appearances and the relationship he has developed with the school’s PE staff has ensured that these Sheffield school children enjoy a really positive and authentic experience.

“Knowing that this was the type of partnership he wanted to invest his volunteer time in has been the key to Niall’s successful appearances, as well as his ability to balance his engagement with the school alongside his commitment to his athlete performance programme at GB Boxing.”

Creating athletes with personal development opportunities is an important part of the world class performance programme and the Niall’s voluntary work with the AIP was supported by GB Boxing.

GB Boxing’s Performance Director, Rob McCracken said: “A big part of our ethos is that we want everyone to benefit as a person from being part of the world class programme, regardless of what they achieve as a boxer, so we encourage all of the men and women in our squad to take-up opportunities for personal development that will help them in their lives outside of and beyond sport.”

“When one of our boxers has the opportunity to undertake a placement or a programme that will benefit them as a person, we greatly encourage that and in this instance I’m delighted Niall has been able to make such an impact during his time at the school.”

Hooper added: “The AIP programme gave Niall something else to put his focus on at the time, rather than all his attention being on the fact that he couldn’t train, having that something else to switch your attention to when you aren’t able to box is vitally important, especially for your mental health.

“Since completing the programme he seems a little bit more mature, a little bit more focused, he’s got a bit more of a broader understanding of what it takes to be this elite athlete and then this potentially elite pro boxer.” 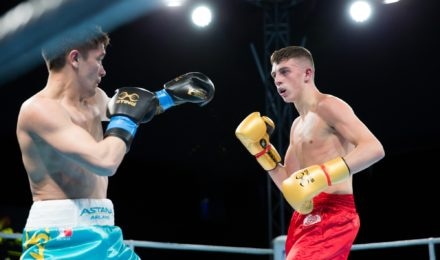 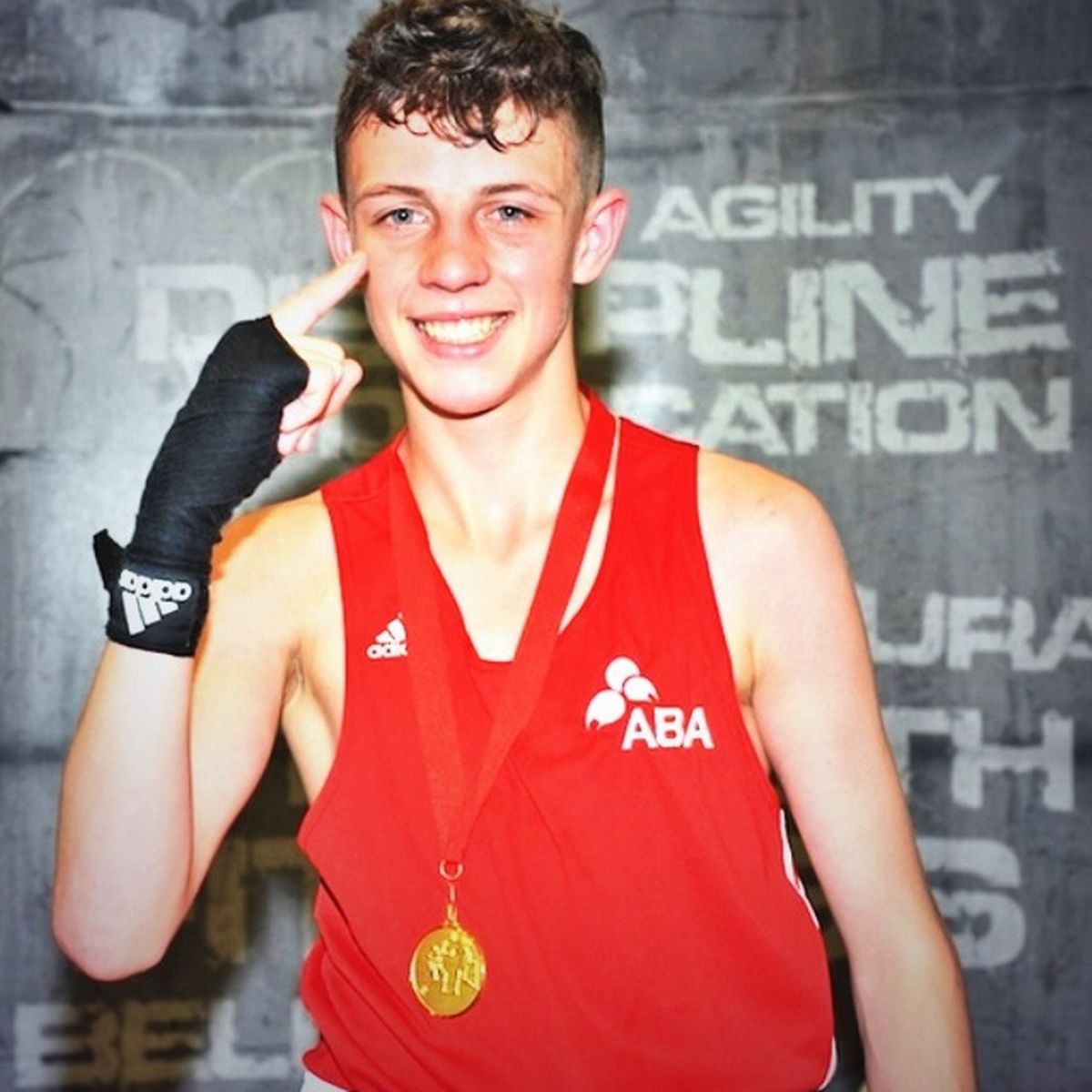 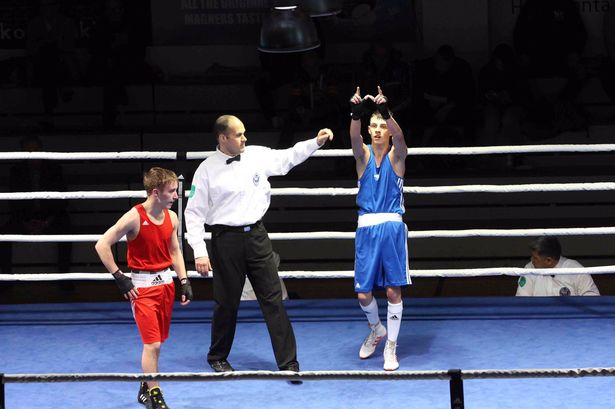