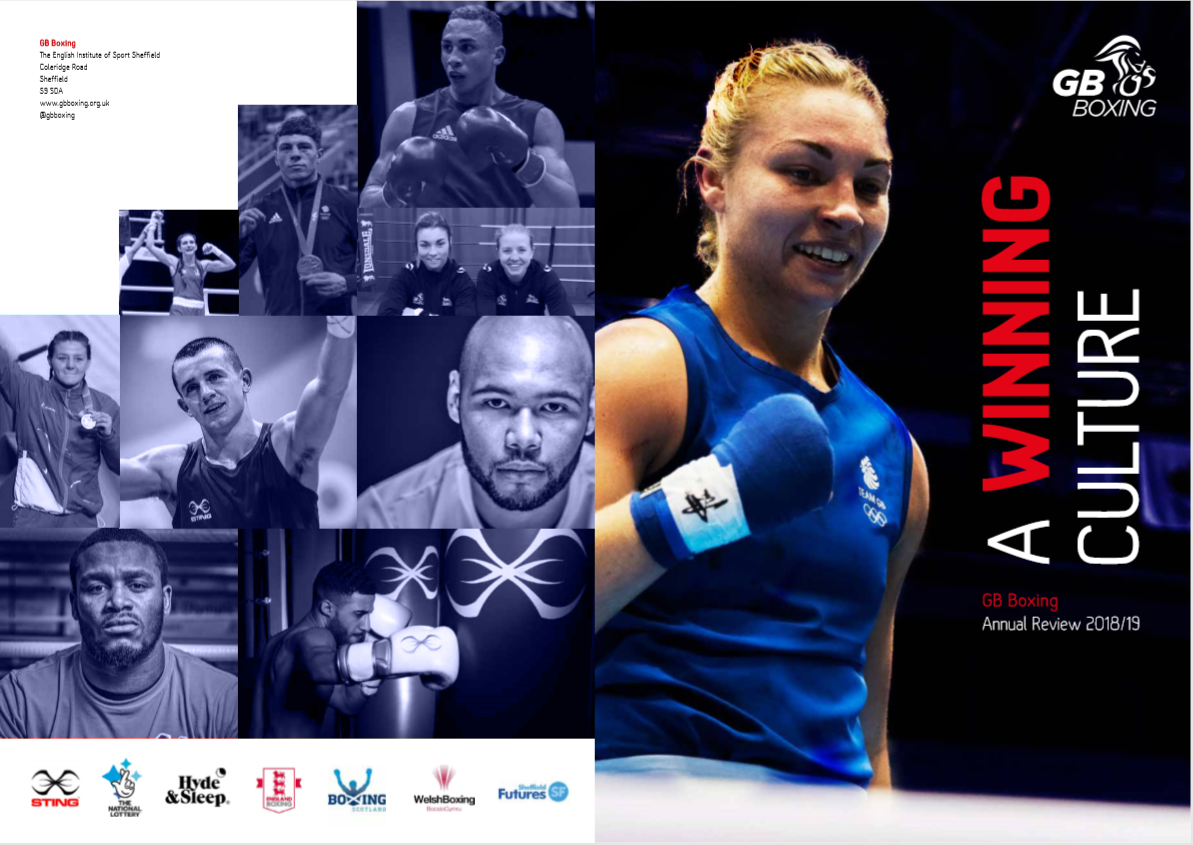 Culture and long-term thinking are key factors that will drive Great Britain’s efforts to win more boxing medals at the Tokyo 2020 Olympics according to two of the architects of the sport’s success over the last five years, Performance Director, Rob McCracken and Chairman, Steven Esom.

The comments come in GB Boxing’s recently published Annual Review, ‘A winning culture’, which charts the progress of the world class performance programme (WCPP) for boxing in 2018-19.

The Review details the performances of the male and female boxers over this 12-month period and provides an insight into the work of GB Boxing’s performance staff and their efforts to drive standards and ensure the WCPP supports the boxers and enables the organisation to deliver sustainable long-term success.

It is an approach that has yielded tremendous success and seen men and women in the GB Boxing squad win 81 medals at 25 major championships in the last 10 years, 27 of these coming at eight tournaments since the start of the current Olympic Cycle in April 2017.

GB Boxing’s Annual Review includes contributions from McCracken and Esom and a Foreword from Dame Katherine Grainger, who talks about her own experiences of meeting people from the Olympic boxing programme during her career as an athlete and now as Chair of UK Sport.

In his Chairman’s Review, Esom cites the culture at GB Boxing and the leadership of Rob McCracken as critical factors in the success of the organisation.

Esom said: “The thing that makes me most proud over the last five years is the special nature of the culture that has been created at GB Boxing.  High quality leadership is absolutely central to this and in Chief Executive, Matt Holt, and Performance Director, Rob McCracken, GB Boxing is fortunate to have two people that understand the importance of building a culture than can deliver success.

“The establishment of a winning culture and the creation of an environment where athletes actively enjoy coming to train has been central to the success GB Boxing has achieved over the 12 months covered by this Annual Review.”

The link between culture and success is emphasised by the Chair of UK Sport, Dame Katherine Grainger in her Foreword.

She said: “Boxing is unlike most others sports in that it combines a high level of physical risk and the very real possibility of getting hurt with potentially life changing consequences.  It can place extreme mental and physical demands on people and I think that when you put all of this together in a high performance environment it creates a special atmosphere.

“This is certainly what I observed when I was fortunate to spend an afternoon in the GB Boxing gym.  These are the environments where success is forged and my visit to GB Boxing left me in no doubt that the culture of the world class programme and the behaviours it engenders has been a significant factor in enabling the boxers to achieve so much in recent years.”

‘A winning culture’ details the achievements of the boxers in the GB Boxing squad in 2018-19 who won 14 medals, including eight golds, at the 2018 Commonwealth Games.

In addition to this, Lauren Price claimed bronze at both the women’s European and World championships, whilst the men (who did not have any European or World Championships in this period) enjoyed success at a number of international tournament winning eight medals at the Ahmet Comert Memorial Tournament in Turkey and Romania’s Golden Belt in September 2018; nine medals at the EUBC EU Championships in November 2018 and an unprecedented eight gold medals at Finland’s Gee Bee tournament in March 2019.

These successes have been achieved by a squad that has been re-built by McCracken and his performance team over the last two years after 10 of the 12 boxers that competed at Rio in 2016 left the WCPP to pursue careers in professional boxing.

In his ‘Road to Tokyo’ section of the Review, McCracken outlined how he and his coaching staff had anticipated this challenge as far back as 2015 and put in place plans to deal with it.

He explained: “One of the most important things I have learnt in my time as GB Boxing’s Performance Director is the importance of long-term thinking.  A four-year Olympic cycle seems like a long time but when it comes to delivering sustainable success in boxing we have to think further ahead than just the next Games.

“The need to consistently regenerate the squad is one of the reasons why our work on performance pathways is so important to the long-term success of GB Boxing.  The results of it can be seen in the make-up of the senior boxers in the current squad that expect to compete at the 2020 Olympics, many of whom we identified as “Tokyo boxers” as far back as 2015.

“It meant they were ready to take over as our number one boxers when eight of the 10 men that competed in Rio left the WCPP in 2016.  This succession planning has enabled the boxers to gain a great deal of top quality experience in the last three years and become seasoned international performers to the extent that every one of our front-line boxers in each weight class has won at least one major medal at a European or World Championships in the course of the Tokyo cycle.

“At GB Boxing I am very fortunate to work with a group of world class coaches that are backed-up by excellent sports scientists and support staff who understand the unique challenge we face in boxing.  They are a great team and, as long as we all continue to work hard and support each other, I am confident GB Boxing can deliver more success at Tokyo 2020 and beyond.”