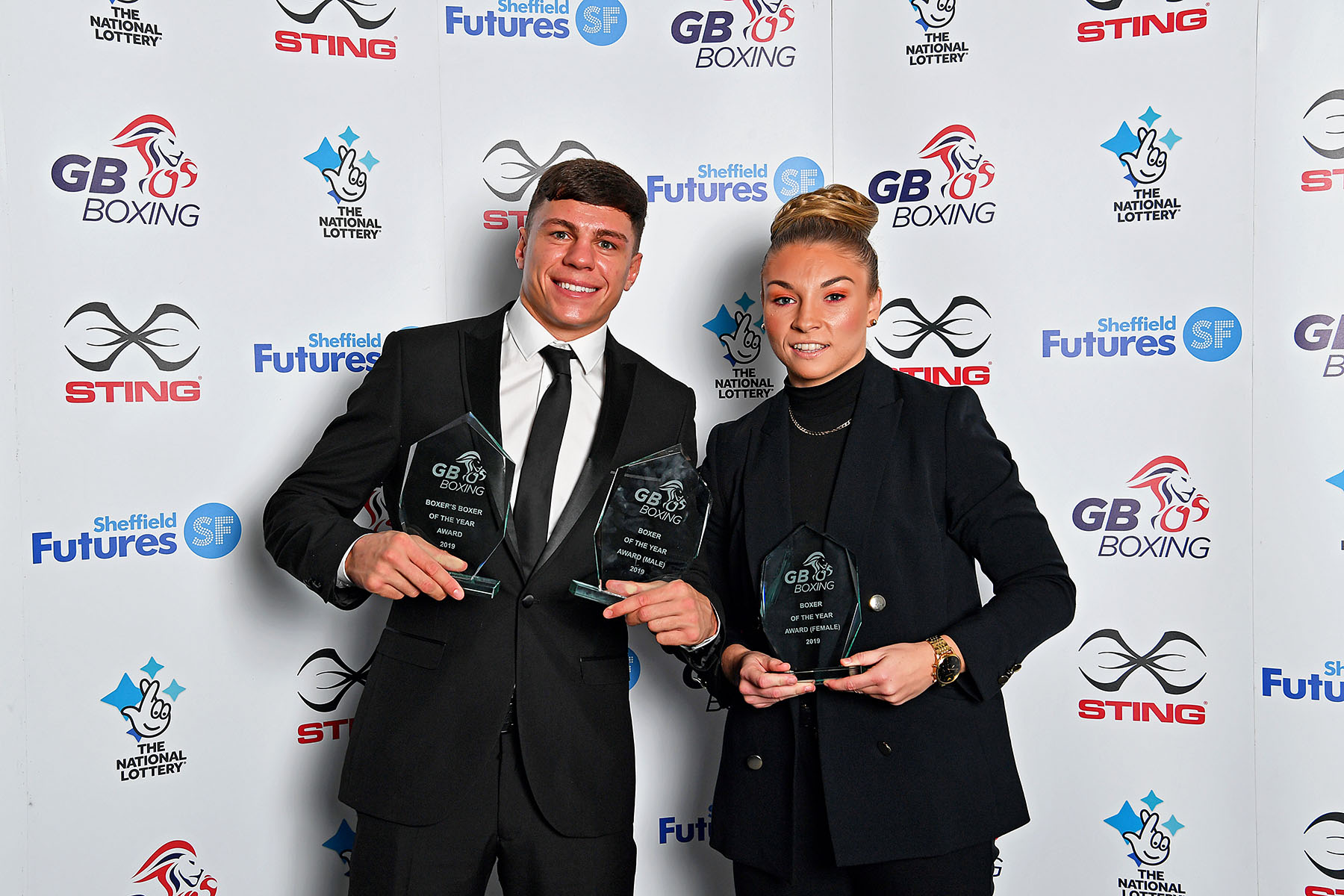 The annual awards evening was hosted by broadcaster and journalist, Steve Bunce, and recognised the achievements and successes of boxers and staff from GB Boxing over the last twelve months.

Price was named female Boxer of the Year after a stunning unbeaten run in 2019 which saw her secure gold at the 2019 European Games in June and follow it up by winning the World Championship in Ulan-Ude in Russia in October.

McCormack was named Male Boxer of the Year after a similarly impressive 12 months which saw him win gold at the European Games Minsk and take silver at the world championships in Ekaterinburg in Russia where he was unfortunate to miss out on gold after his final was brought to a premature halt in round two following an accidental clash of heads.

McCormack also secured the coveted Boxer’s Boxer of the Year Award for the second year in a row.

The achievements of Price and McCormack were the high points of a superb year for GB Boxing which saw boxers from the squad win 16 medals at four major championships in 2019.

Other awards on the night saw featherweight Kariss Artingstall win Most Improved Boxer after a breakout year in 2019 saw her secure silver at the European Championships and bronze at the Worlds.

Another recent addition to the women’s Podium squad, flyweight, Demie-Jade Resztan secured the award for Best Newcomer on the back of her achievements in 2019 which included silver at the European Championships and bronze at the Worlds in the light-flyweight category.

The award for best bout of the year went to Galal Yafai for his stunning victory over the defending champion, Yosvany Veitía of Cuba in the 2019 World Championships.

Away from the ring, Cheavon Clarke was honoured with the Community Award for his outstanding efforts in promoting boxing to schools, charities and community groups throughout the year.

One of the most warmly received awards of the evening came in the category for Outstanding Contribution to GB Boxing which was shared between Senior Podium Coaches Dave Alloway and Lee Pullen.  The pair have been with GB Boxing for over 10 years and have played a pivotal role in the success that has seen boxers from the GB Boxing squad win 81 medals at 25 major championships since December 2009.

GB Boxing’s Performance Director, Rob McCracken, said: “2019 has been a fantastic year for GB Boxing that has seen our boxers win a lot of medals at some extremely tough competitions and it is great to see the boxers get rewarded for their achievements tonight.

“We have had a brilliant 10 years at GB Boxing and Lee Pullen and Dave Alloway have been absolutely central to all of the success we have achieved in that period.  They have done an absolutely fantastic job developing and supporting the boxers week-in week-out and year-in year-out, in the gym and at overseas competitions over the last 10 years, and it is great to see that their contribution has been recognised by the whole organisation tonight.” 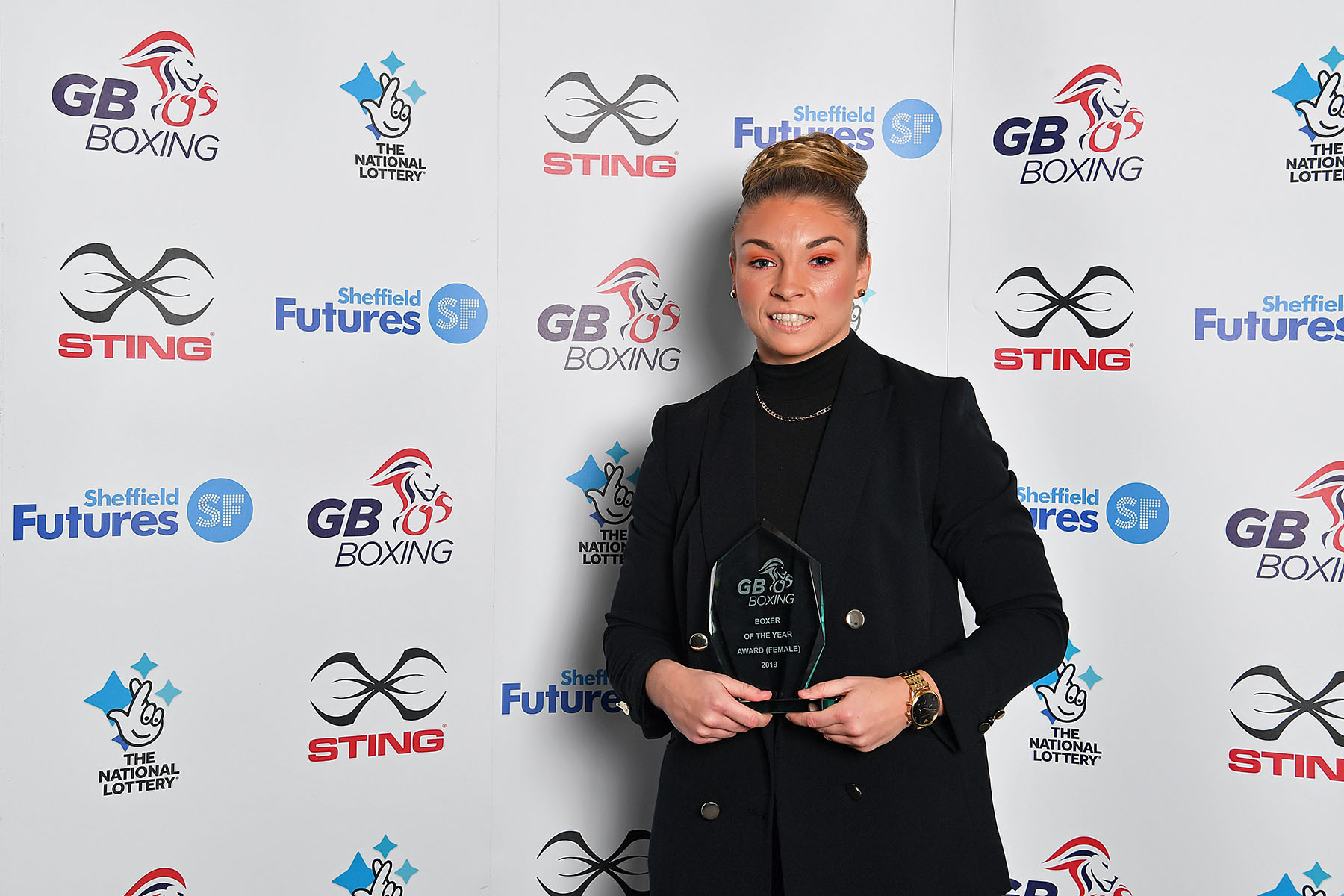 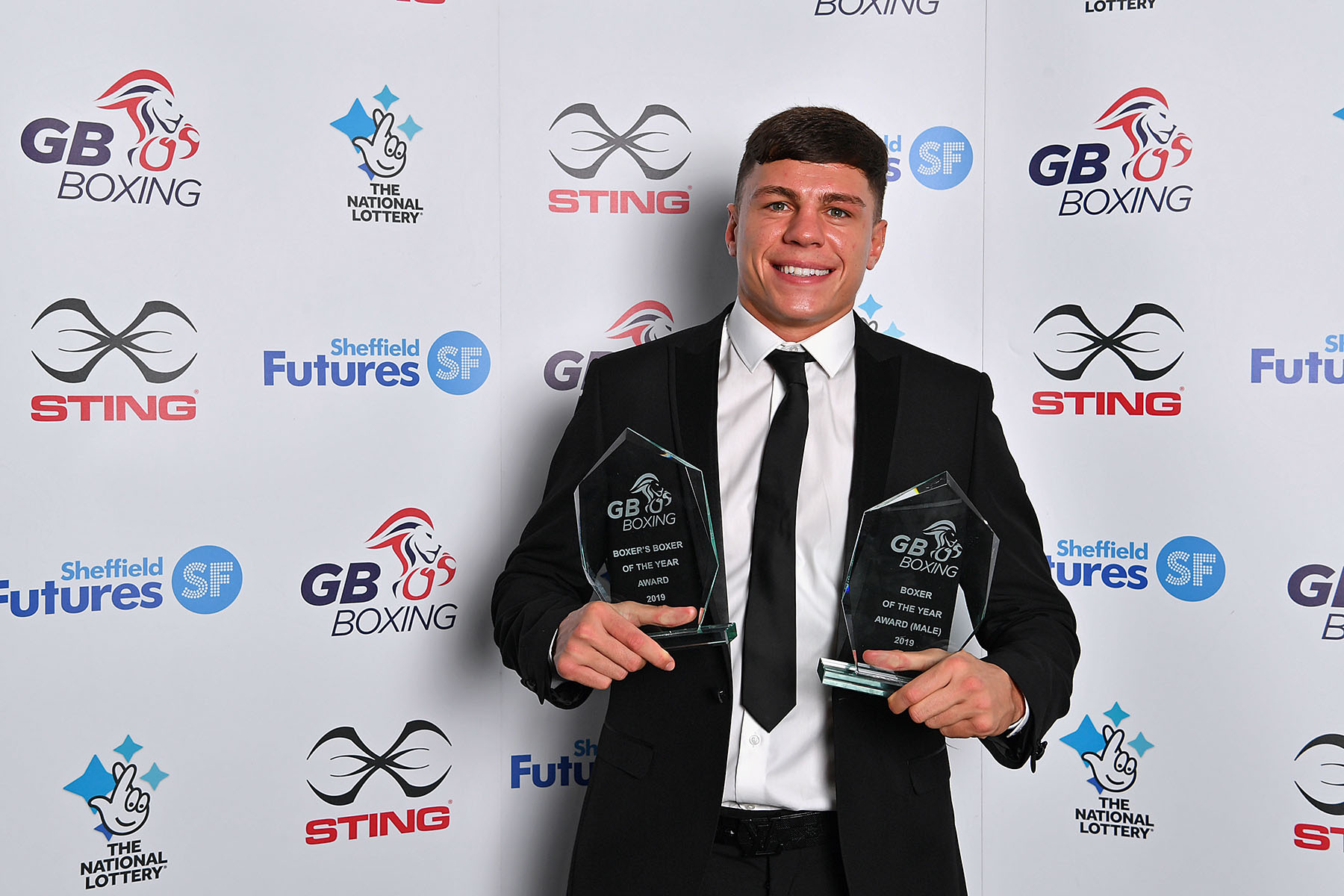