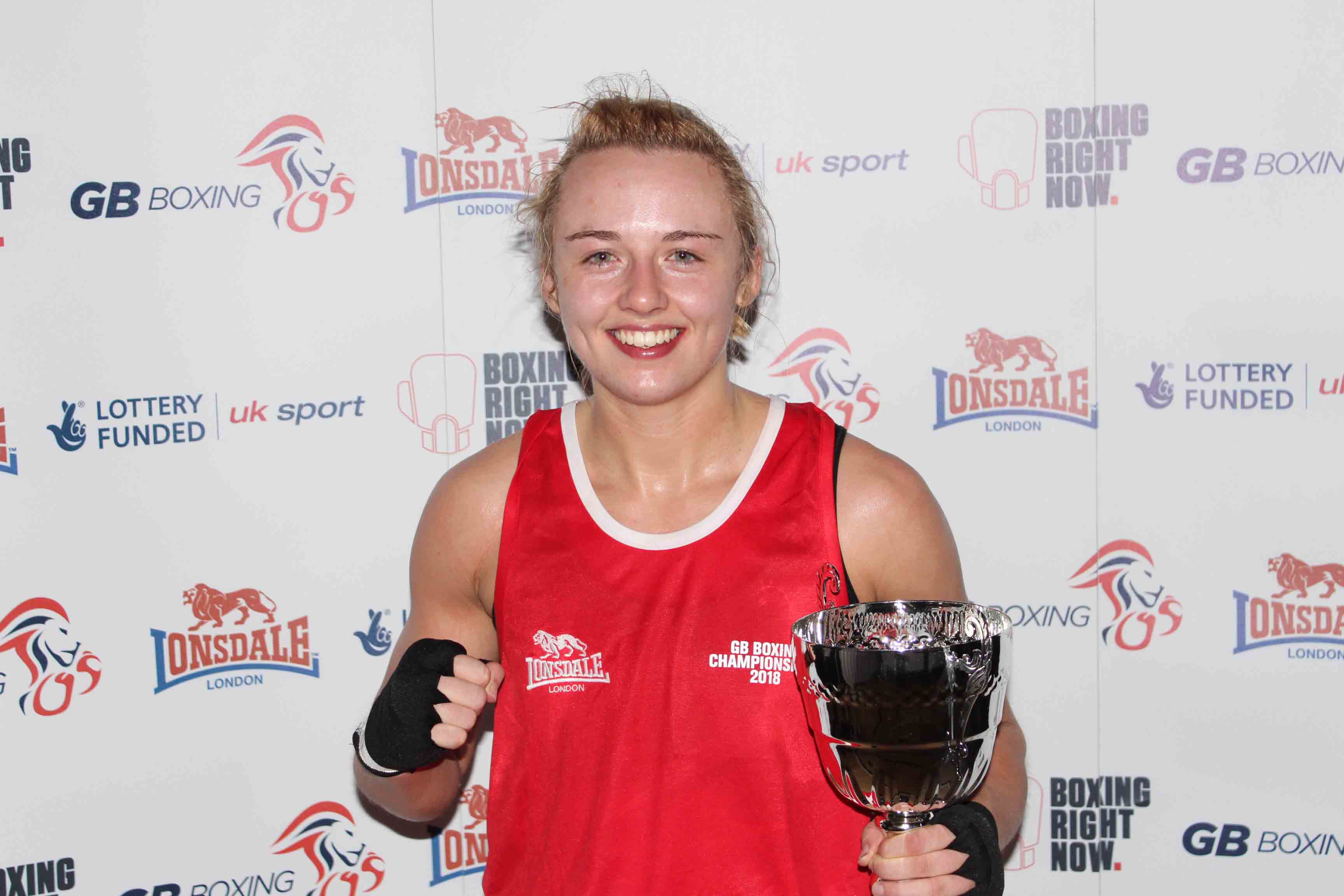 GB BOXING’s Hannah Robinson aims to use the up-and-coming GB Boxing Championships 2019 as a springboard to future Olympic success when she takes on Kirsty Hill in this year’s ‘Battle of Britain’ at the English Institute of Sport Sheffield on Thursday 5 December 2019 (doors open at 6.45pm, boxing begins at 7.30pm).

Tickets for the event are on sale now at the advanced sale price of £10 at http://www.ticketsdirect.org.uk/gbchamps.  Groups who purchase ten tickets will receive two free tickets.

The GB Boxing Championship aims to identity the best up-and-coming young boxers in Great Britain and pits current members of the GB Boxing squad against the best young boxers selected by the home nation governing bodies of England, Scotland and Wales.

Previous winners including Nicola Adams, Anthony Joshua and Luke Campbell have gone on to win Olympic medals and achieve great success in the sport.

Hannah explained: “I have been part of GB Boxing’s Women’s Development Programme, which is part-time, for just over 12 months so there are other more experienced women ahead of me in terms of selection for Tokyo next year.

“My goal is to go to the next Olympics in 2024 so I am looking to get a victory at the GB Championships with a view to eventually getting on the programme full-time.  That will give me the opportunity to get the experience I need on the international circuit that will put me in contention for the Olympics after next.”

Although Hannah is the defending GB Boxing champion at lightweight (60kg), she will be looking for revenge on her opponent, Kirsty Hiil, after she lost a split decision to the Cleethorpes Trinity boxer in the semi-finals of this year’s England Boxing National Finals in April.

Hannah said: “I am boxing someone that has beaten me before.  It was a close fight but I think I have improved a lot since then and know I can box a lot better so am confident I can retain my GB Boxing title.

“I am really looking forward to it.  I boxed at the GB Boxing Championships last year and enjoyed it.  The staging and the atmosphere was great and it is probably the best event I have competed at.”

Twenty-five year old Hannah is from Bishop Auckland in Country Durham and boxes for the hugely successful Birtley ABC in Tyne and Wear, run by Graeme Rutherford.

Five men from Birtley are part of the GB Boxing squad and include World Championship silver medallist, Pat McCormack, and his twin brother Luke, who are both expected to represent Team GB at Tokyo 2020.

Along with Georgia O’Connor, Hannah is one of two women from the club that are now part of GB Boxing’s women’s programme.

Hannah added: “Birtley is a really good club and the standards are high.  We get treated the same as the lads and have the same expectations put upon us, so it helps you to develop and improve.

“There are a lot more girls coming into the club now, especially at the younger ages, so hopefully it means we will have more boxers coming through that will go on to be successful in future.” 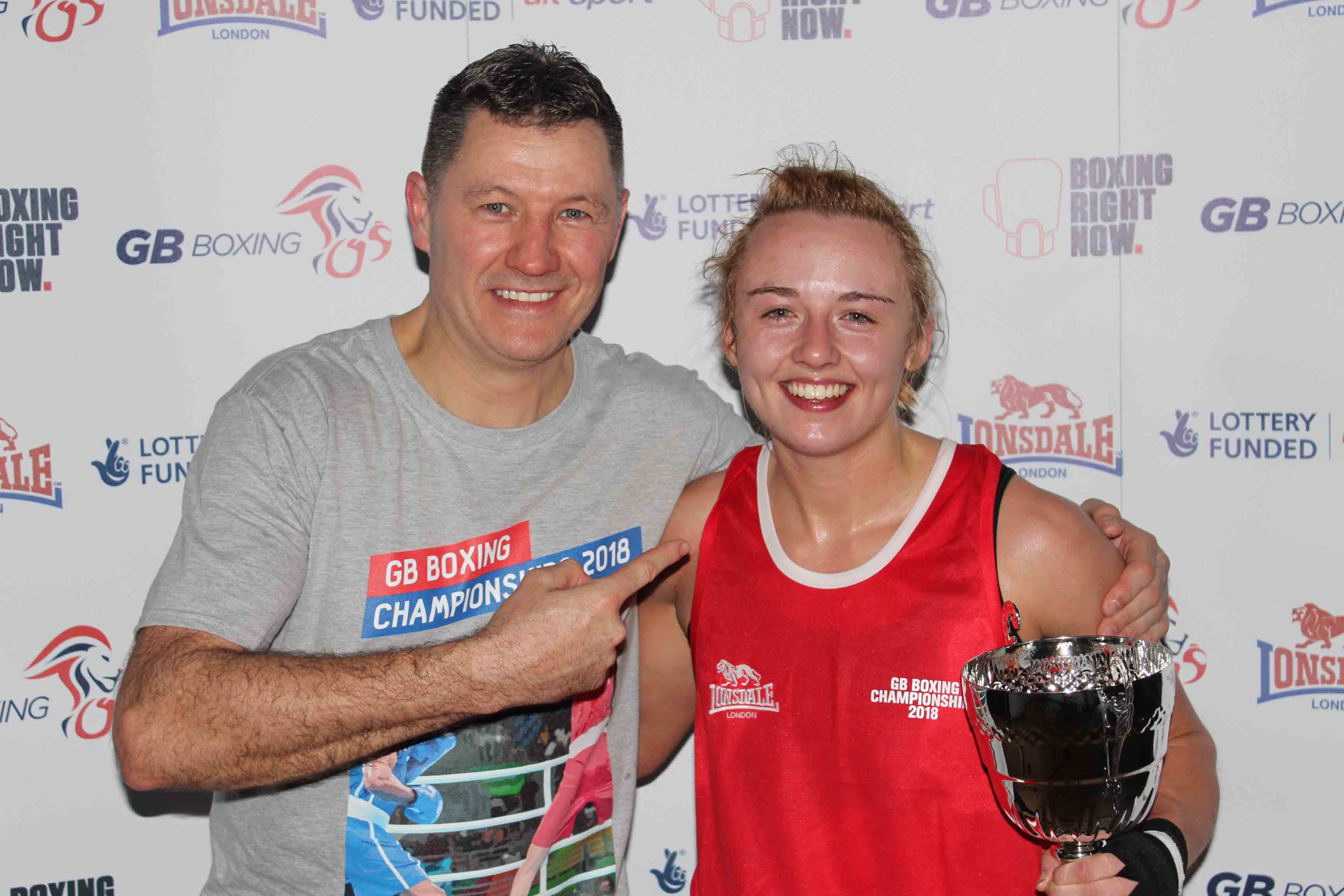