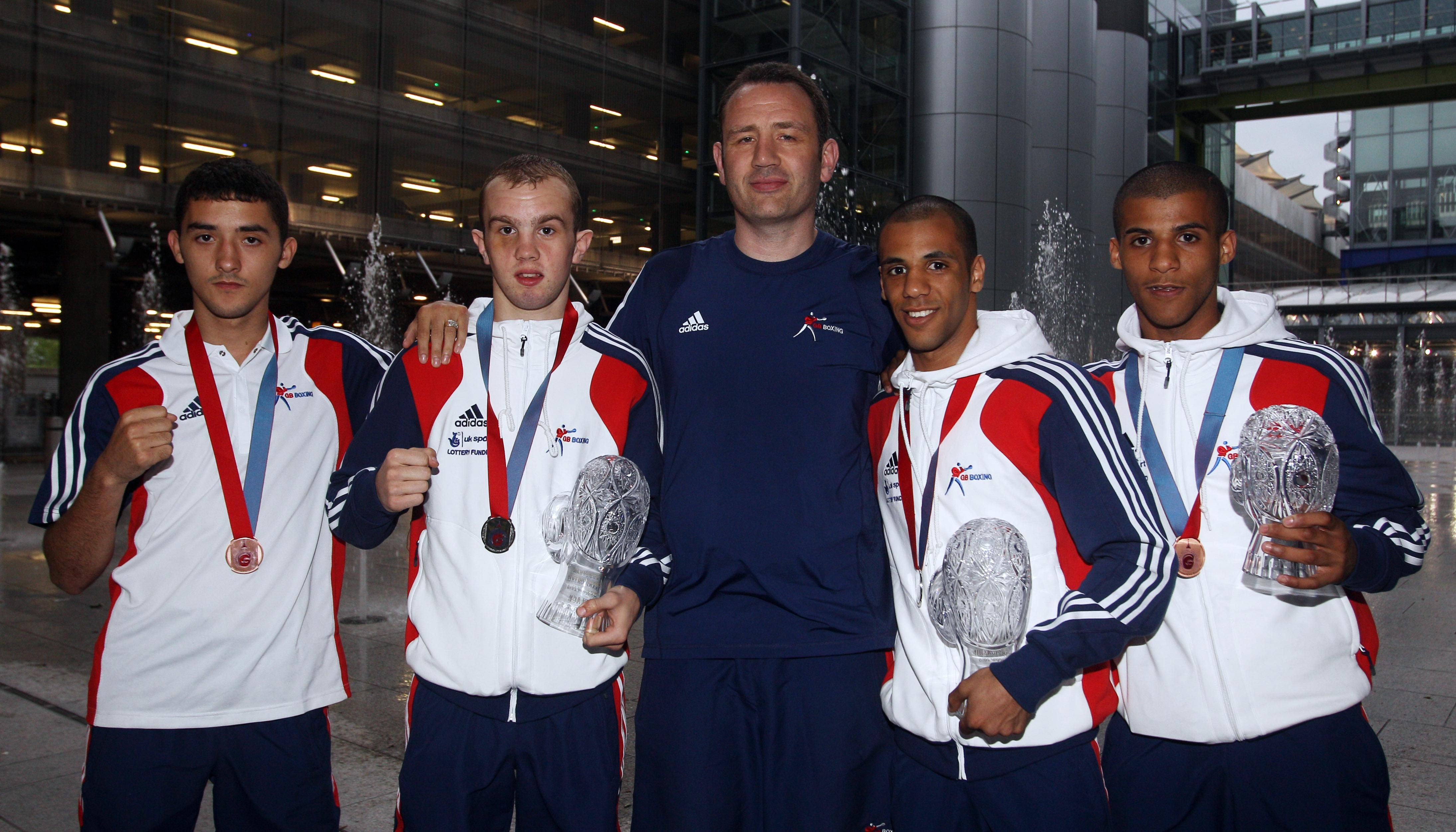 November 2019 marks 10 year since Rob McCracken was appointed Performance Director of GB Boxing.  This has been a period of unprecedented success for boxing in Great Britain that has seen male and female boxers win 81 medals at 25 major competitions.

Most recently the boxers from the GB Boxing squad won six medals at the men and women’s World Championships in September and October 2019.  In this interview, Rob McCracken, reflects on his 10 years as GB Boxing’s Performance Director and the challenges of leading one of the UK’s top high performance programmes.

When you took on the role as Performance Director, what was your vision for the programme?

I felt we could do better and win more Olympic medals so there were definitely a few things I wanted to implement.  The most important thing was to have the right people in the right places and I was fortunate enough to be able to recruit some of the best coaches in Great Britain to come and work with the boxers.   We got them in-place and everything else has flowed from there.

We changed the training routine so the boxers worked in smaller groups, getting more quality time to work one-to-one with the coaches.  We also increased the number of international training camps as they are great for learning and give the boxers exposure to a range of styles.

Were there any specific moments in the last 10 years when you felt the changes you made were starting to have an effect?

I always felt if we could get a bit of success it would have a knock-on effect and inspire the group, so the 2010 European Championships in Russia was a key moment.

Tom Stalker went into the tournament on the back of some ordinary performances but in his first bout he beat the 2009 World Champion, Domenico Valentino.  It showed that our boxers could beat the best and had a really positive impact on the rest of the team.  It ended-up being the best ever performance by a group of boxers from Great Britain at a European Championships as we returned home with five medals (three silvers and two bronze) when the target had been one or two.

That tournament had a big impact on the programme and gave all the boxers the belief they could win medals at major tournaments.

Which boxers that you have worked with over the last 10 years really stand out?

There have been so many that it is very difficult to pick one.  Boxing at the highest level is extremely tough and I am proud of all the boxers that have won a medal at a European, World or Olympics as I know how difficult it is.  To win a major medal is a fantastic achievement by the boxers and a great reward for them and everyone that has helped them along the way like their club coaches and the people that first got them into the sport.

I have been very fortunate to work with some superb talents.  There have been a lot and you could compile a top 10 or even a top 15 of boxers that have been brilliant for GB Boxing and had very successful careers in the sport.

Have there been any low points or disappointments in the last 10 years?

I feel privileged to have this job and overall it has been a great 10 years however there have been disappointments, particularly when I feel the boxers have not got their just desserts.

Callum Smith was incredibly unfortunate not to quality for London at the final qualifying event in Turkey in 2012.  That was a disappointment.  It was a shame when Tom Stalker lost the bout that would have won him a medal at London 2012.  We all felt he did enough and because Tom was such a big personality in the group it took everyone a couple of days to recover.

The super-heavyweight final in Rio was hard to take as I felt Joe Joyce was a clear winner yet the decision went against him.  It was the last bout of the tournament and was a really disappointing way to end the Games.

What have been the high points?

There have been lots of high points but I suppose the one that really stands out is seeing the boxers win five medals and the team coming top of the boxing medal table at London 2012.  To take part in a home Games was something else and for the team to perform the way it did was magic.  It really was something special.

When you reflect on your 10 years what are you most proud of?

I think we have really managed to move the sport forward.  World and European championships are extremely difficult tournaments, yet now we go to them and expect to win medals.  We are very competitive in a tough and demanding sport.  Other nations take us seriously in a way they did not in the past and we are regarded as one of the top countries in the sport.

When I first took the job, the Chairman, Derek Mapp, asked me “what do you need to help the boxers?”.  That established the ethos of the programme and has been continued by the current Chairman, Steven Esom, and the Chief Executive, Matt Holt, who have both made sure that everything we do is focused on doing what’s best for the boxers.  It is a massive team effort and we have created an environment where we can say to the boxers, if you have the ability and are prepared to work hard then this is a place where we can help you to become a world class boxer and have the opportunity to change your life.

GB Boxing seems to have been particularly successful in women’s boxing, winning 29 medals at 15 majors since 2010 and having three world champions in Savannah Marshall, Nicola Adams and Lauren Price.  Why do you think that is?

There is not a secret formula it is just a case of having talented boxers that are prepared to listen, learn and work hard and then putting the coaching and support around them to enable the boxers to be successful.   Nicola, Savannah and Lauren are all talented in different ways and when you put them into a performance environment like we have at GB Boxing it gives them the opportunity to make the most of their ability.

Why do you think GB Boxing has managed to achieve so much success over the last 10 years?

There are a lot of factors and it starts at the grassroots in boxing clubs where coaches do an amazing job of producing young boxers.  The governing bodies (in England, Scotland and Wales) help to develop the boxers and then they come to us where we try to make them into world-class performers.

The GB Boxing coaches do an absolutely fantastic job and they are well supported by the operations team and the sport science staff from the English Institute of Sport.   You could not meet a more dedicated team of people and they do everything they can to support the boxers and help them to develop.

None of this would be possible without funding though and it is fantastic that the government and UK Sport have continued to invest in boxing during my time leading the programme.  We have superb facilities and have been able to create an environment and a culture that enables us to get the best out of the boxers.  This would not have happened without funding from the National Lottery so all of the people that have bought a ticket or a scratch card in the last 10 years have in some small way contributed to our success and we are very grateful to them. 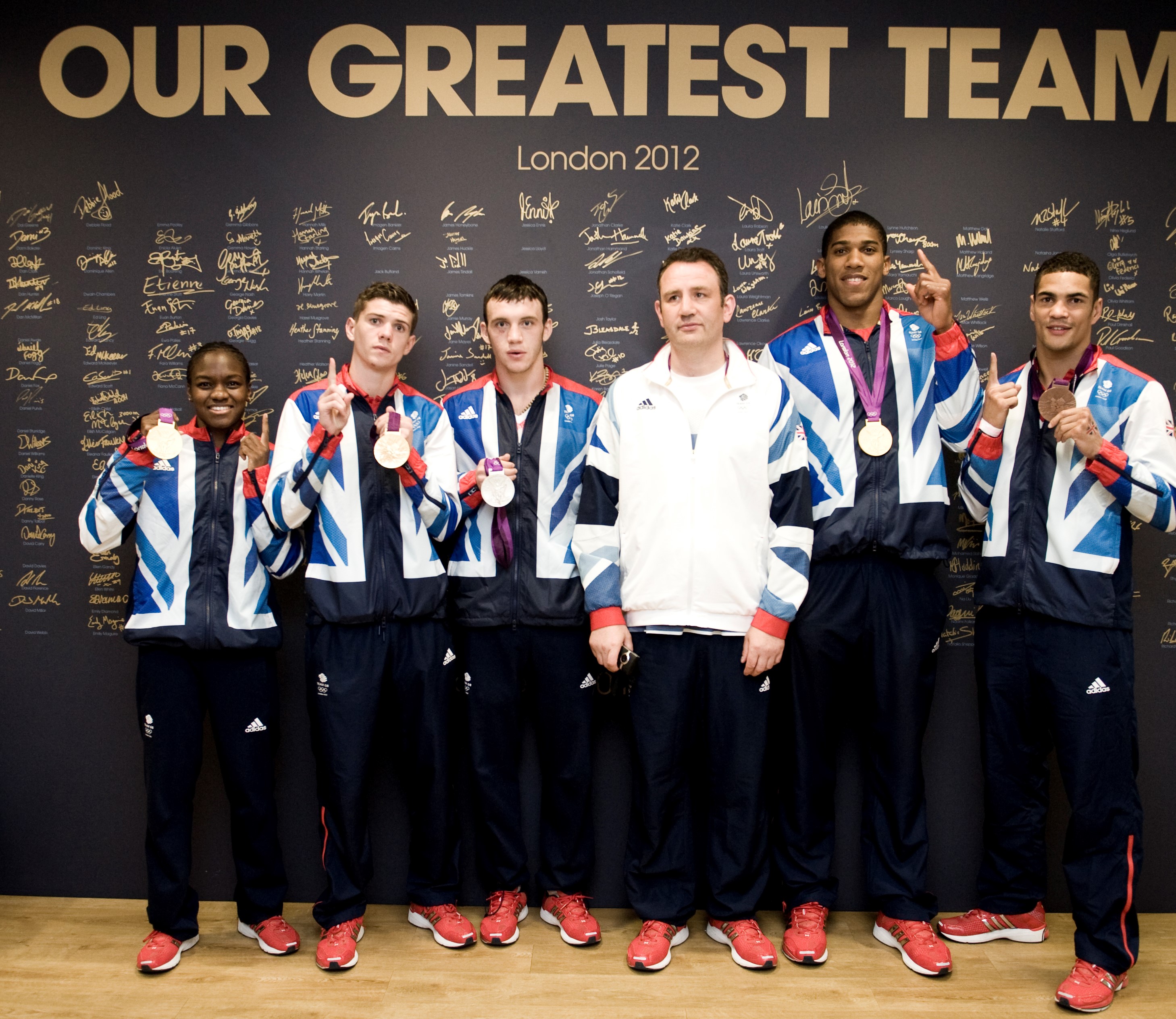 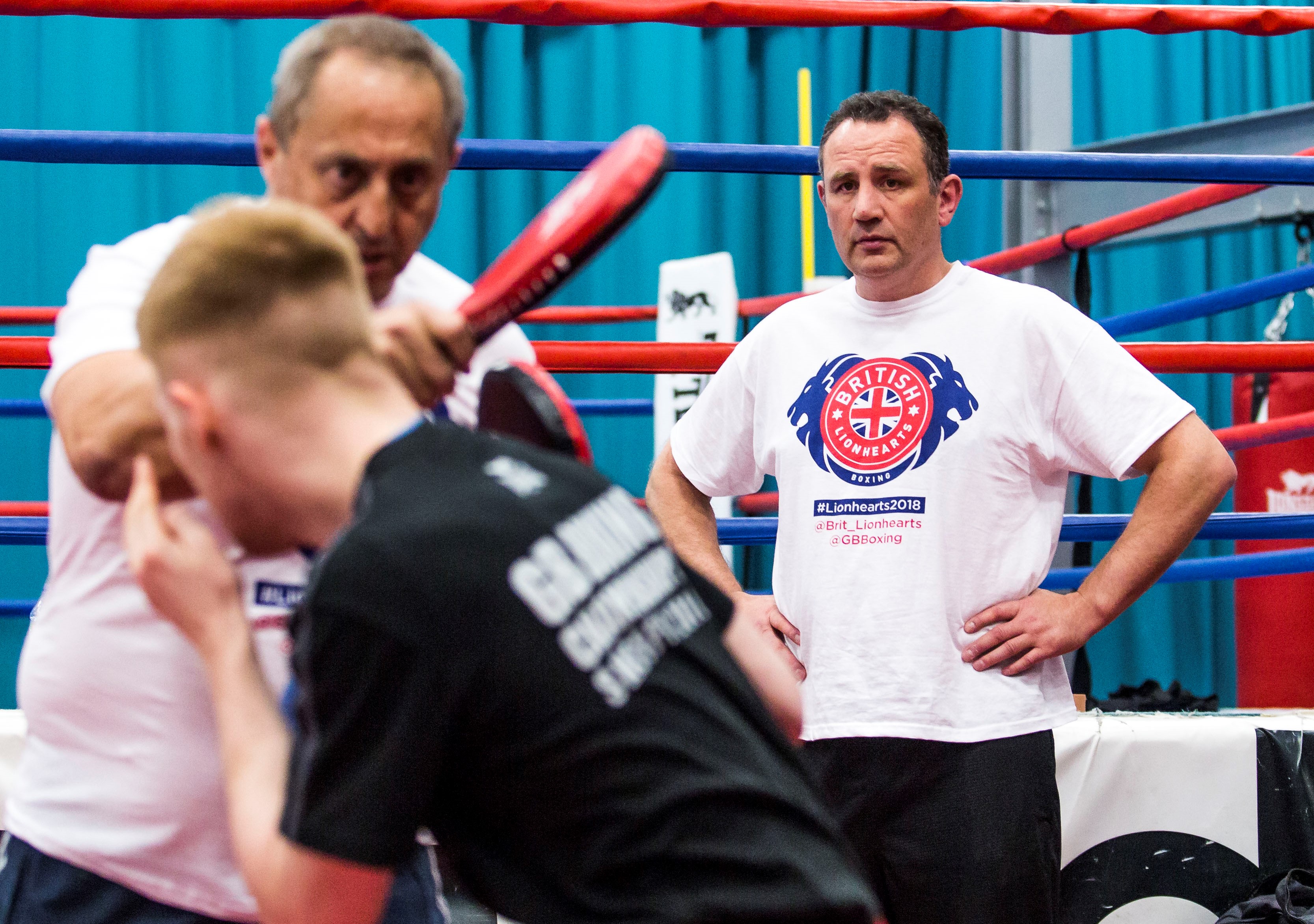 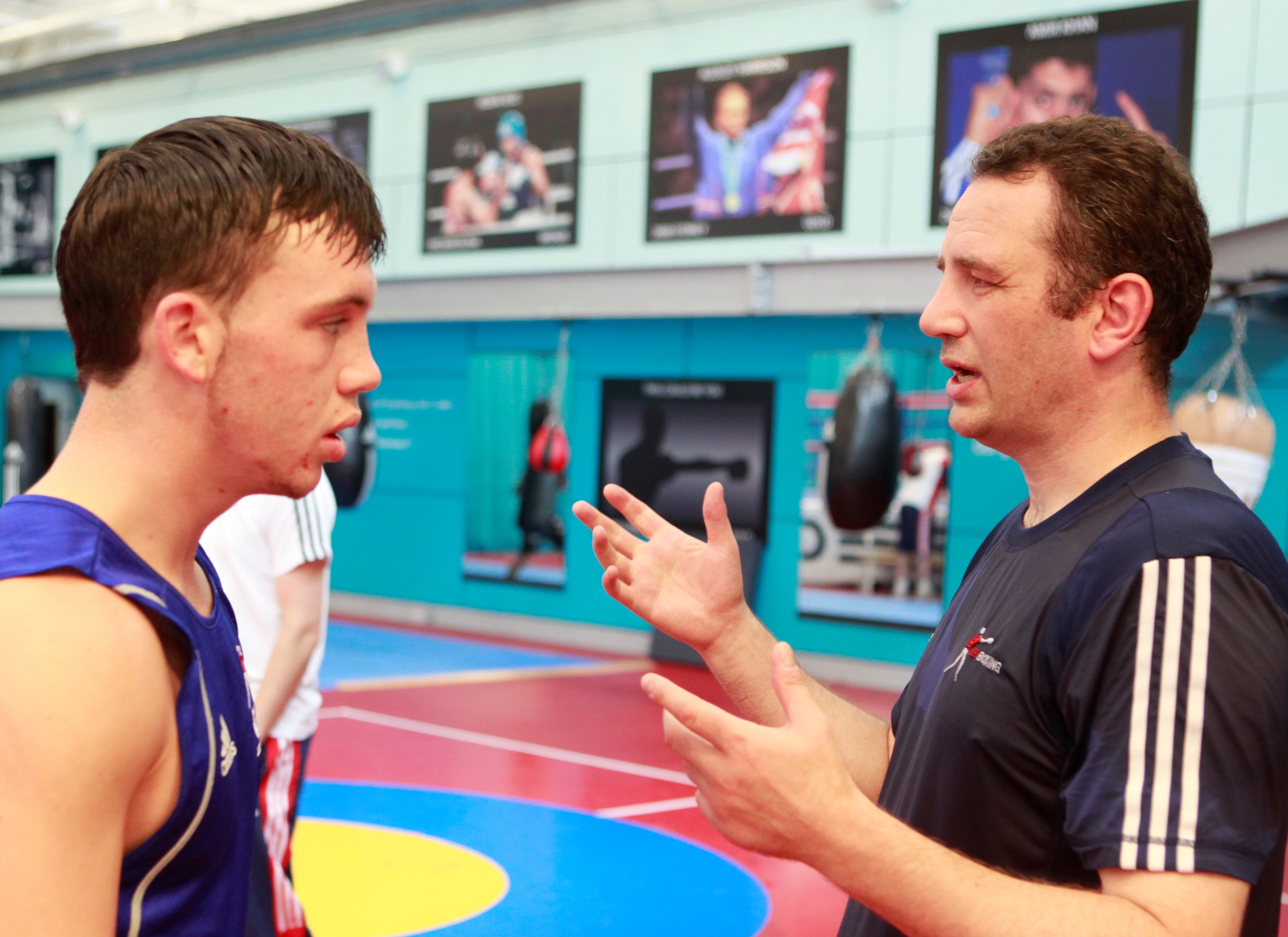