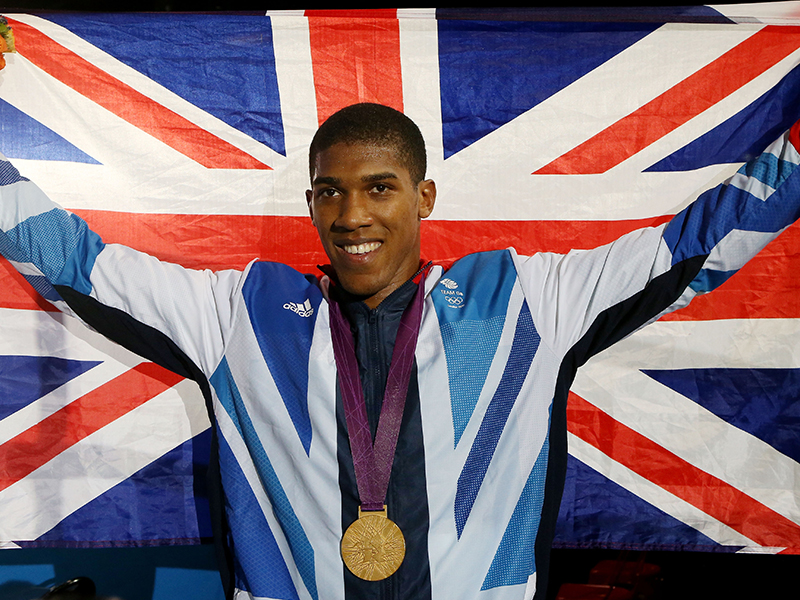 Anthony Joshua has talked about the role GB Boxing has played in his career in a new interview for the GB Boxing website.

The interview reflects Joshua’s long association with the Olympic boxing team and his commitment to giving something back to the world class programme, which he describes as “the place where I learnt my trade.”

The 50-second clip has been produced to promote GB Boxing’s website and the new video content that is now available at www.gbboxing.org.uk.

In the clip, Joshua talks about the impact that being part of the world class performance programme had on his career.

He says: “The coaches and support staff here put a lot into me.  They put me on the road to world, European and Olympic status and paved the way for my professional career.”

Joshua first joined the Olympic boxing programme in 2010.  He went on to win a silver medal at the 2011 World Championships in Baku before going on to land the gold medal in spectacular circumstances at London 2012, when he defeated the defending champion, Roberto Cammarelle of Italy in the final.

Since turning professional in 2013, Joshua has continued to base his training camps at GB Boxing’s headquarters at the English Institute of Sport in Sheffield where he frequently trains and spars with boxers from the world class performance programme.

He is coached by Rob McCracken who combines this role with his job as Performance Director of GB Boxing.

As a professional boxer, Joshua has become one of Great Britain’s most successful and admired sports people.  He won his first world title in spectacular style when he stopped Vladimir Klitschko at Wembley Stadium in 2017.  He has gone on to hold four versions of the world heavyweight boxing championship and has a professional record of 22 wins from 23 bouts.