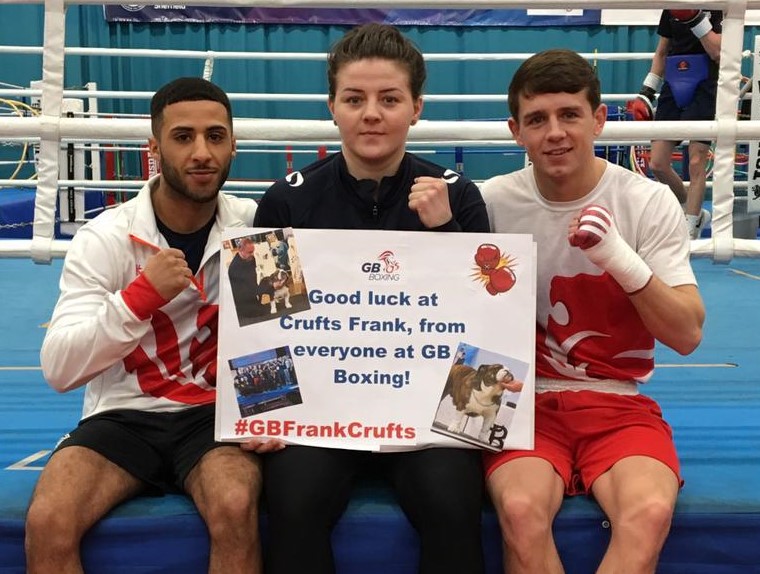 BOXERS from Great Britain’s Olympic programme will be taking a break from training this weekend to support the team’s four-legged mascot, Frank, when the pedigree bulldog takes part in Crufts 2019.

Frank is owned and trained by GB Boxing coach, Gary Hale, and will be competing in the Bulldog Junior category when the most famous dog show in the world gets underway at the National Exhibition Centre in Birmingham (7-10 March 2019).

The 13 month old bulldog has won a flurry of awards since Gary started entering him in dog shows.  He earnt the right to compete on the biggest stage in the canine world by winning first prize in the minor puppy class at the Richmond Championship Show, first prize at the London Bulldog Society Show and Best of Breed at the Crystal Palace Canine Society Show.

The talented pooch has built-up a fan club amongst the current and former boxers in the GB Boxing gym where Gary is a Podium Coach and trains the men and women that hope to compete for Great Britain at the 2020 Olympics in Tokyo.

55-year old, Gary, was part of the coaching team in Rio at the 2016 Olympics where Nicola Adams, Joe Joyce and Joshua Buatsi won medals for Team GB.

Before that he worked with the group of boxers that won five medals at London 2012 and included the current IBF, WBA and WBO World Heavyweight Boxing Champion, Anthony Joshua.

Gary is hoping that Frank can emulate the exploits of the boxers by landing a prize on the biggest stage in the dogshow world.

He said: “I initially started showing Frank as a hobby at weekends but he took to it so well and won so many prizes that it has just grown from there.  To be competing at Crufts after doing this for only seven months is amazing really.

“The boxers all ask me about Frank and have seen that he has won a lot of competitions so they have really got behind him and are all hoping he does well this weekend.

“I have also had good luck messages from some of our former Olympians such as Joshua Buatsi and the support from all of the athletes and the staff at GB Boxing has been fantastic.  It would be great to be able to take Frank into the gym with his equivalent of an Olympic medal around his neck.”

Gary’s work as a boxing coach has come in useful in helping to prepare Frank for his big day and in recent weeks he has been working with him on the key elements the judges will be looking for at Crufts.

“Posture and walking style are important in the Bulldog class, so I have been doing lots of training on how Frank stands and how he walks to make sure his movements are fluid,” explained Gary.  “We have also been practising on ramps as Frank will have to walk-up one on the day of the competition.

“Frank really enjoys training and I give him lots of encouragement and reward him with treats.  He responds very well and – naming no names – is probably easier to work with than some of the boxers I have coached over the years.” 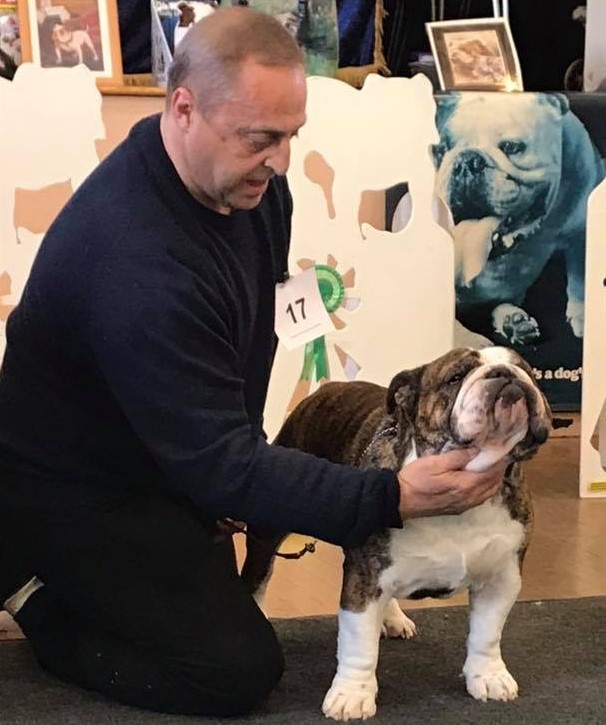 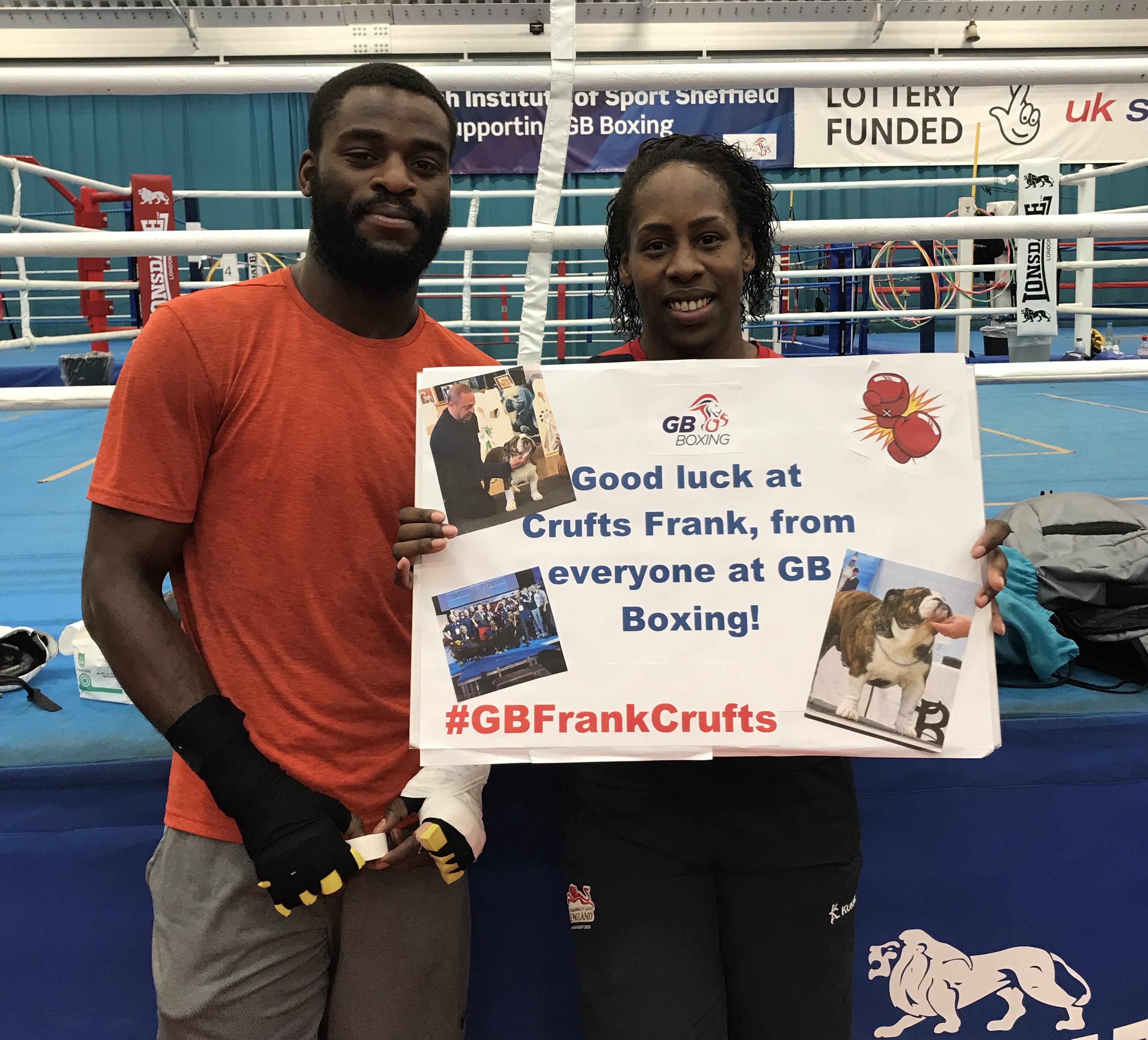 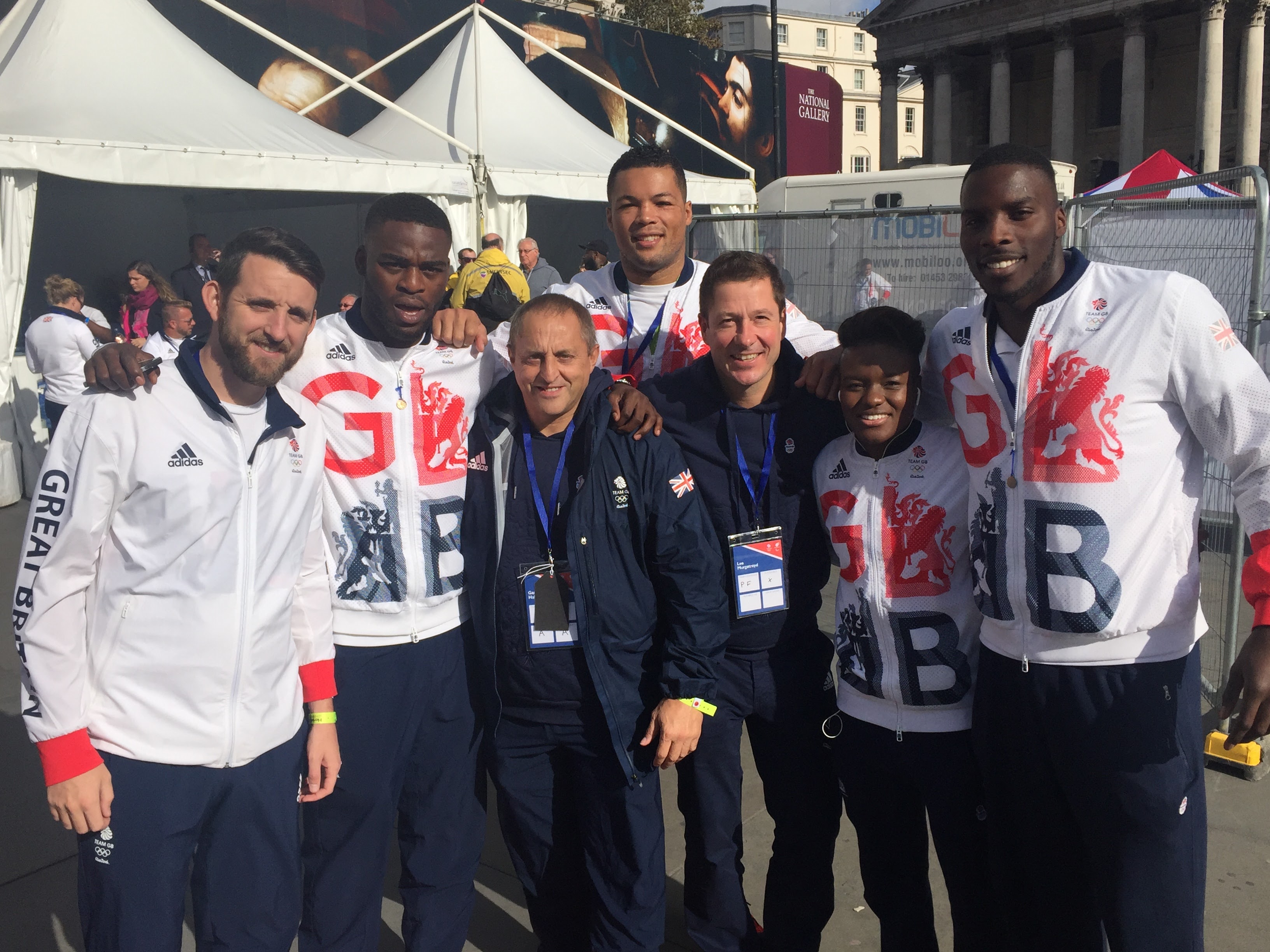