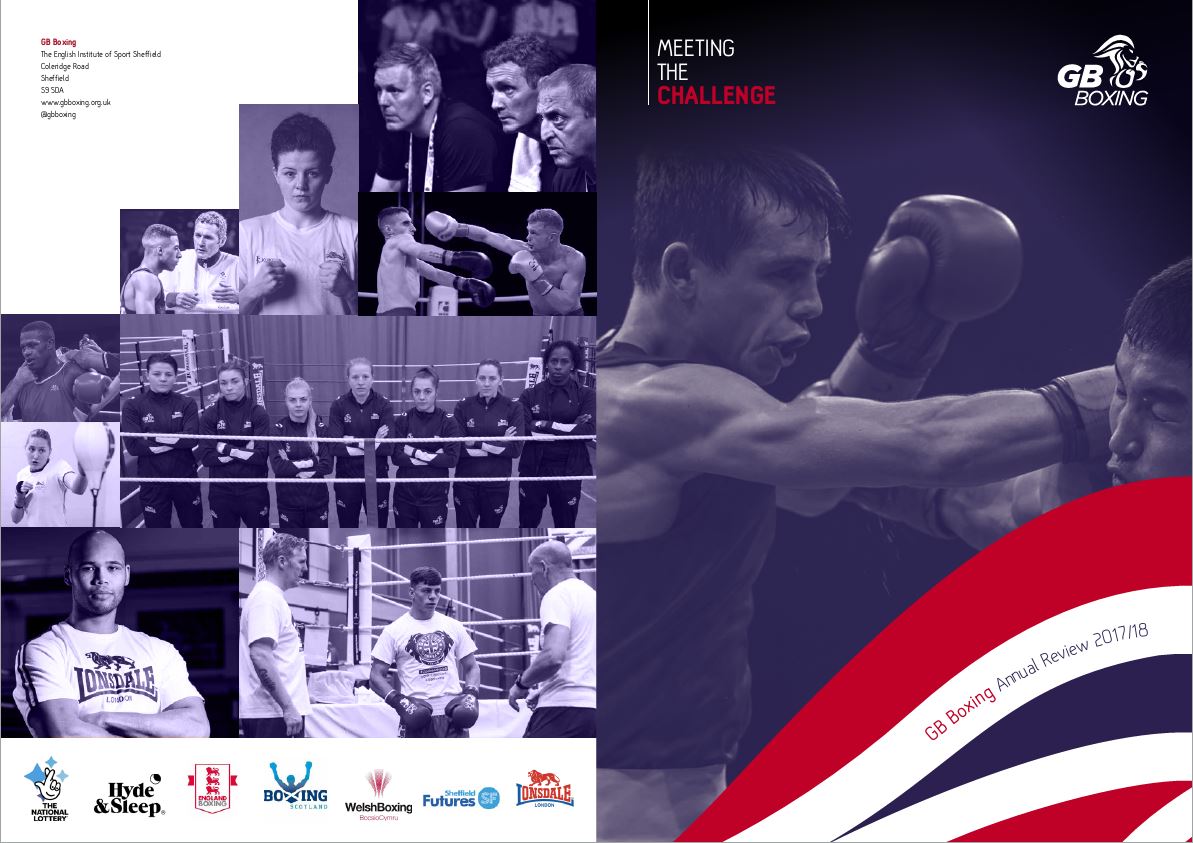 England, who was also Chef de Mission in Rio 2016 when Team GB delivered its best ever performance at an overseas games, made his comments in GB Boxing’s recently published Annual Review, Meeting the Challenge.

In his guest Foreword, England lauded the work of GB Boxing’s Performance Director, Rob McCracken, who has overseen the emergence of a new squad following the loss of 10 of the 12 boxers, including all three medallists, which competed for Team GB in Rio.

England went on to praise the performances of the GB Boxing squad in 2017-18, which saw the men’s team win nine medals at the World and European Championships, before men and women from the squad secured 14 medals (including eight golds) at the 2018 Commonwealth Games on the Gold Coast.

Writing in the Annual Review, England said: “Of all the Olympic Sports we work with, boxing has perhaps the hardest task in delivering sustained success from Games to Games as the best boxers invariably migrate to the professional ranks once they have won a medal.

“No other sport faces this type of drain and it is a tribute to the quality of Rob McCracken and the coaches and performance staff at GB Boxing that they have continued to deliver at successive Games.  It is an achievement which often gets overlooked.”

Looking to the future, he added: “Rob and his team run a truly world class programme, and as we set our sights on Tokyo 2020, I am pleased to see that once again a new group of boxers are emerging and showing they have what it takes to win medals on the big stage.

“A haul of nine medals from the men’s European and World Championships is a very healthy performance return.  These results, coupled with so many of the home nation boxers competing and winning medals at the Commonwealth Games on the Gold Coast gives the whole team a real boost in their preparations for Tokyo.

“It will stand them in good stead on their journey to the Olympic Games and augurs very well for more success in 2020.”

GB Boxing manages the World Class Performance Programme (WCPP) for boxing and its Annual Review highlights the achievements, inside and outside of the ring, of the organisation in 2017-18.

Specific highlights in the Annual Review include:

Writing in the Review, GB Boxing’s Chairman, Steven Esom, claimed the successes, both inside and outside of the ring, showed that a winning culture was being embedded across the organisation and he echoed Mark England’s view that it augured well for future success in Tokyo.

Esom said: “It has been another busy year for the World Class Performance Programme inside and outside of the gym.  As we look back on the progress of the last 12 months, both in the performances of the boxers and our work to embed a sustainable winning culture in the programme, I am confident that GB Boxing is continuing to head in the right direction and is firmly on-track to deliver more success at Tokyo 2020 and beyond.”

GB Boxing’s Annual Review can be viewed at https://www.gbboxing.org.uk/governance/annual-review/.