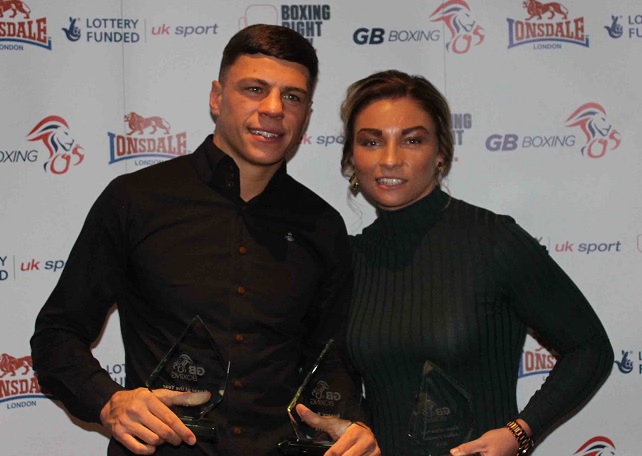 Birtley ABC’s, McCormack scooped the trophy for Best Male Boxer, voted by the GB Boxing coaches, and the prestigious Boxers’ Boxer of the Year award, following a successful 2018, which saw him win gold at the Commonwealth Games in Australia.

Price was the unanimous choice of the coaches in the female category after a superb year which saw her win a medal at every major tournament.

She began the year by securing a gold medal for Wales at the Commonwealth Games in the Gold Coast before going on to become the only female boxer from the GB Boxing squad to win a medal at both the European and World Championships in 2018, winning a bronze at each.

Rob McCracken said: “Pat and Lauren are very deserving winners after their stand out performances in 2018.

“It is a pleasure to give the award to Lauren after an extraordinary year in which she has announced herself on the world stage.  She has performed superbly throughout the last 12 months and, in my opinion, could have come away with more from the World Championships where I felt she was unlucky not to get the decision in her semi-final against a hugely experienced opponent.

“Pat is one of the most talented boxers we have had in the squad during my time at GB Boxing and he has had a very good year in which he has shown his class.  There is still a lot more to come from him and the challenge now for Pat is to kick-on again next year and continue to improve.”

Eight awards were handed out on the night in a ceremony hosted by 1996 Olympic medallist and former WBC Super-middleweight world champion, Richie Woodhall, who now works as a coaching consultant to GB Boxing.

The Community Award, which recognizes the boxer that has done most to visit schools and promote the sport to young people went to middleweight Jordan Reynolds.  The Luton boxer had spent much of 2018 injured, yet he has put his time out of the ring to great use visiting schools and community projects in his local area and was a deserving winner of the award.

Birtley ABC’s Mark Dickinson was named Best Newcomer after impressing with a gold medal in his first senior international tournament in Belarus in October of this year.

The award for Most Improved Boxer went to Catford’s Ellie Scotney who overcame a long-term injury to secure a gold medal at the Boxam tournament in Spain and deliver a promising performance at this year’s Women’s World Boxing Championships in India.

Super-heavyweight, Soloman Dacres, scooped the award for Bout of the Year for his barnstorming five-round victory over Mihai Nistor of Romania in this year’s World Series of Boxing (WSB) match with France in Newport.

The award for Services to GB Boxing was given to, Ian Gatt, who oversees the sport science and medical team which supports the boxers and coaches.  Gatt is contracted to GB Boxing full-time from the English Institute of Sport (EIS) and has worked with the world class performance programme for over nine years as a physiotherapist and now as Head of Performance Support.

Rob McCracken added: “The awards are a great occasion for the team and it is an absolute pleasure to see all of the boxers, coaches and GB Boxing staff in the room to celebrate what has been another great year for the team.

“It is pleasing to see that we have some new up-and-coming talents coming into the squad, such as Mark Dickinson, Ebonie Jones and Sammy Lee, who with hard work and determination will have a very bright future.

“Next year is going to be a big year for everyone, when we will begin the process of Olympic qualification.  We have great talent at every weight and lots of competition for places so it is a big opportunity for all of the boxers to shine and show the coaching team what they can do.” 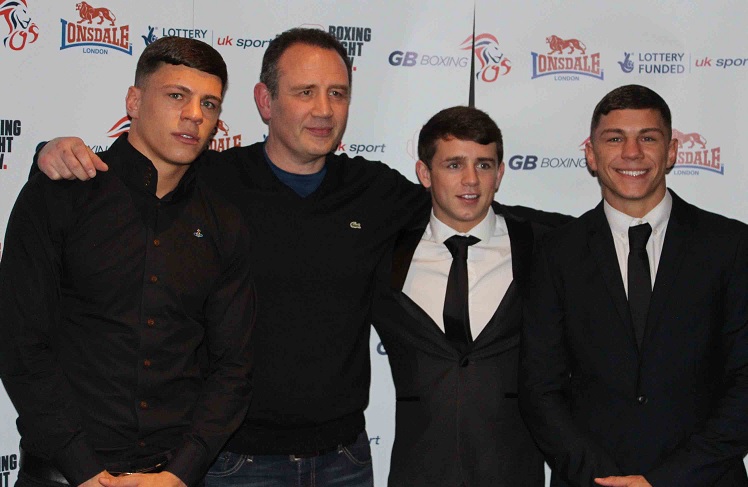 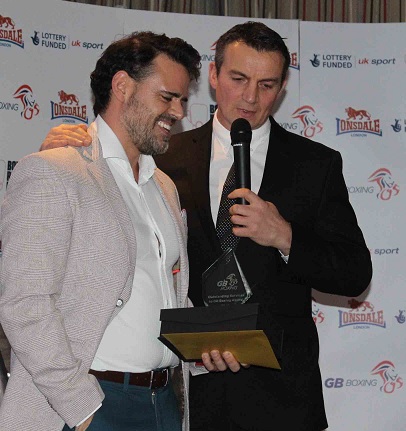