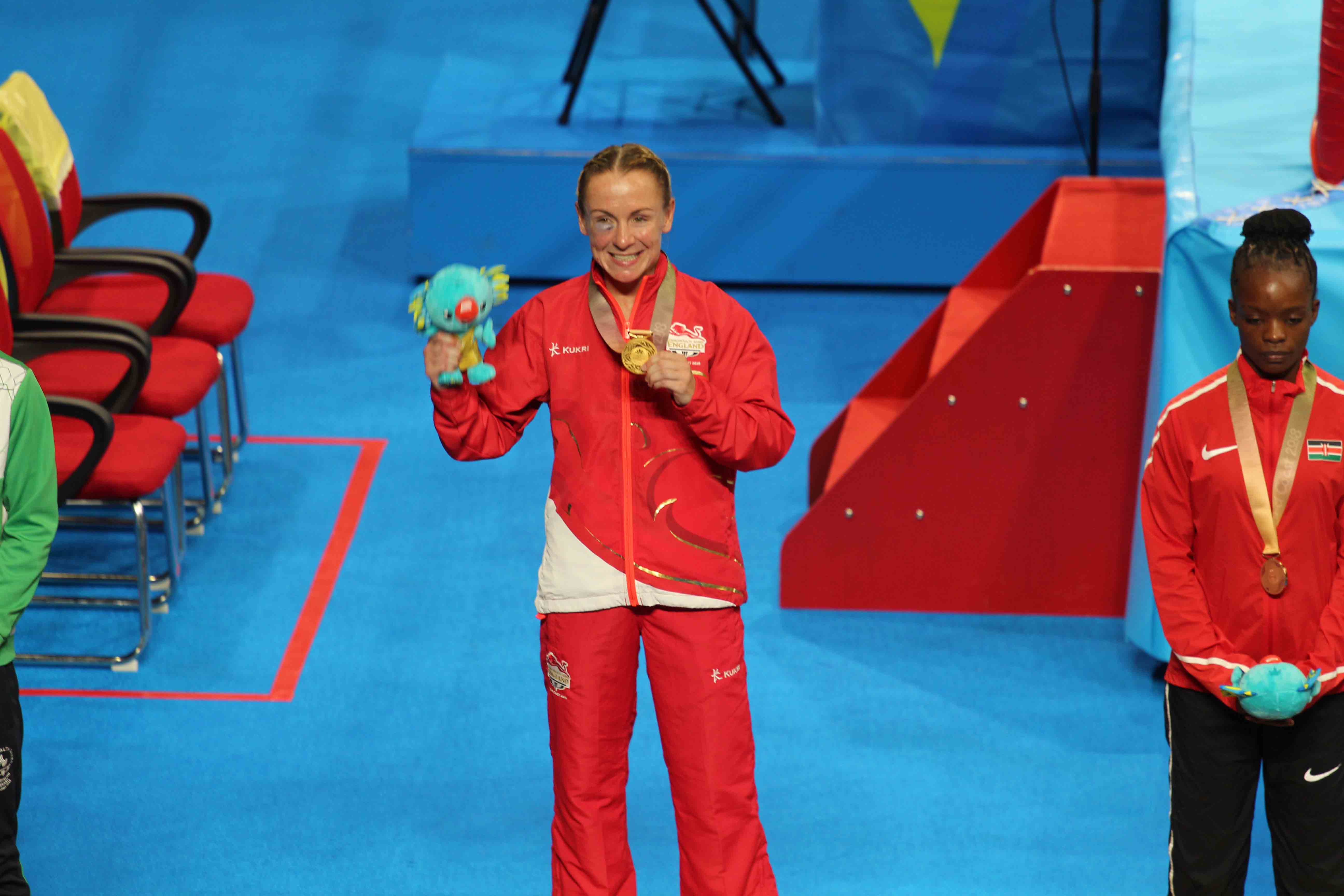 GB Boxing has confirmed that Lisa Whiteside has left the World Class Performance Programme (WCPP) by mutual consent and has been released from her contract with immediate effect.

She will therefore not be a part of the team for the forthcoming AIBA Women’s World Boxing Championships in November and will not be part of the GB Boxing squad for the remainder of the 2017- 21 Tokyo Olympic cycle.

GB Boxing’s Performance Director, Rob McCracken explained: “Lisa has not trained a great deal with the squad since the Commonwealth Games and after much thought and discussion it became clear to both parties that she was not in a position to continue to commit to the obligations required of her as a member of the GB Boxing squad.

“We would like to thank Lisa for her years of excellent service to GB Boxing.  She is world-class boxer that has consistently shown she can win medals at the highest level and we wish her the very best of luck in the future.”

Lisa Whiteside said: “I am sad to be leaving the GB Boxing World Class Programme, but I know it is the right time and I am happy to depart as Commonwealth champion.

“Being on the programme and being part of the GB Boxing family for nearly six years has been an amazing, life-changing experience. What started as a hobby turned into a career as an elite athlete and I hope I have inspired others.

“I want to express my sincere thanks to my family and my club coach, Mick Day, and all of the coaches and support staff of GB Boxing, without whom I could not have achieved what I have. I would like to wish all the boxers the best of success in the coming months and years and for Tokyo 2020.”

Flyweight, Whiteside, 33, joined the GB Boxing squad in 2012 having previously competed for England at featherweight where she had won a silver medal at the 2011 European Championships in Holland and bronze at the 2012 world championships in China.

She went on to win flyweight silver at the 2014 world championships in South Korea, narrowly losing the final on a split decision.

A serious head injury sustained in an accident outside of the ring in April 2015 threatened her career, but she returned to win a bronze medal at the 2016 European Championships in Bulgaria.

Her career highpoint came in April 2018 when she won gold at the Commonwealth Games on the Gold Coast.