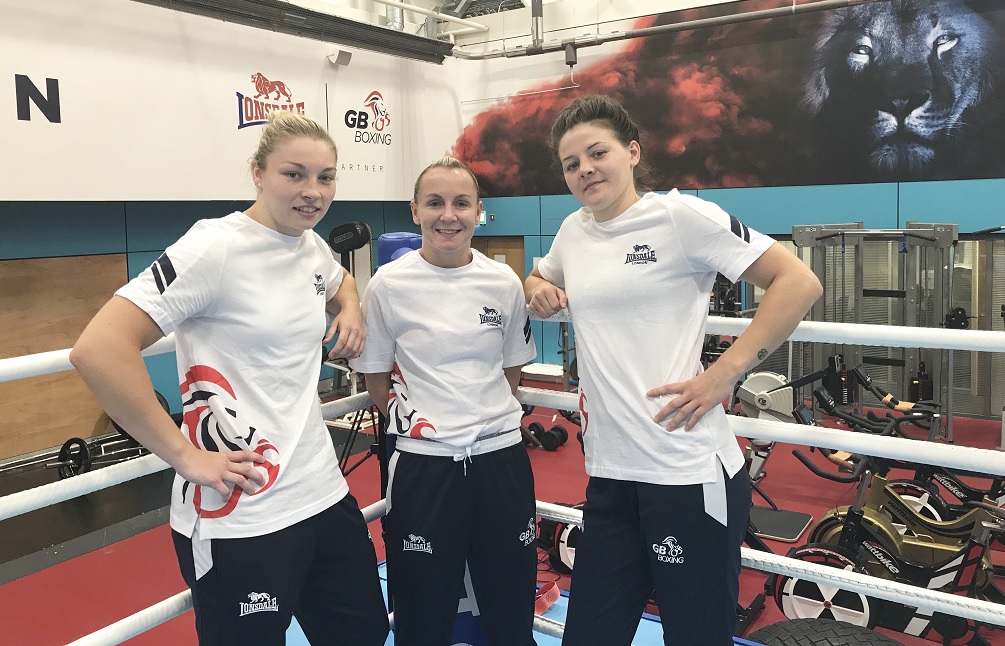 Ryan, Whiteside and Price all secured bronze medals at the last European Championships in 2016, and are hoping to use their gold medal winning exploits on the Gold Coast as a springboard for more success in Sofia.

Price said: “I competed at middleweight (75kg) in the Commonwealth Games and came away with the gold medal.  I think boxing at that weight suits my style more at the minute with my speed and footwork.

“I am really looking forward to going out to Bulgaria and my aim is to win gold and stand on the top of that podium.  I know the competition is a lot tougher at the Europeans with the strength of all the countries that take part so winning gold in Bulgaria will probably mean more to me than the Commonwealths because of who I will be up against.”

Ryan added: “Winning gold at the Commonwealth Games was amazing and the support I have received since, particularly from my local community in Derby, has been amazing.  It will definitely spur me on at the Europeans.

“I was selected for the European Championships back in 2016, where I won bronze in the lightweight (60kg) division. This time I’m entering in the welterweight (69kg) category and I feel a lot better.  This weight class suits me as I do not have to cut weight as much and I feel much stronger and more confident.

“The Europeans is a big tournament and I am looking forward to it.  I feel good and I am not worried who I come up against out there in Bulgaria.”

Newcomer, Paige Murney, was a revelation at the Commonwealth Games winning a silver medal at lightweight in her first senior international tournament.  The 23-year-old from Leicester is looking to build on this success but knows the European championships will be a step-up.

“There was no expectation placed on me at the Commonwealth Games so to win a silver medal was an amazing experience,” explained Murney.

“Travelling to Bulgaria is going to be another new experience however I think the standard at the European Championships will be higher as there are so many strong boxing nations in Europe.  To win a medal will be amazing and will show how far I have come in my career.”

The four Commonwealth Games gold medallists are joined by Ebonie Jones who is a member of GB Boxing’s Podium Potential squad and recently won gold for England at the European U22 Championships.  Jones will compete at bantamweight (54kg).

GB Boxing’s Performance Director, Rob McCracken, added: “This is a very busy year for the women with Commonwealth Games and European and world championships (in September) all happening.

“The boxers did very well at the Commonwealth Games and the challenge now is to build on that success and reproduce that same level of performance at the European Championships, which is always a tough assignment.”

“It will give us a good idea of where the women’s squad is at as we look forward to the world championships later in the year and then the Olympic qualification process which will get underway in 2019.”

The five women in the GB Boxing squad will travel in a group with two home nation boxers that have been selected by England Boxing to compete at the tournament.

Demie-Jade Resztan will compete at light-flyweight and Karriss Artingstall at featherweight.

The full selection is (* member of GB Boxing squad):