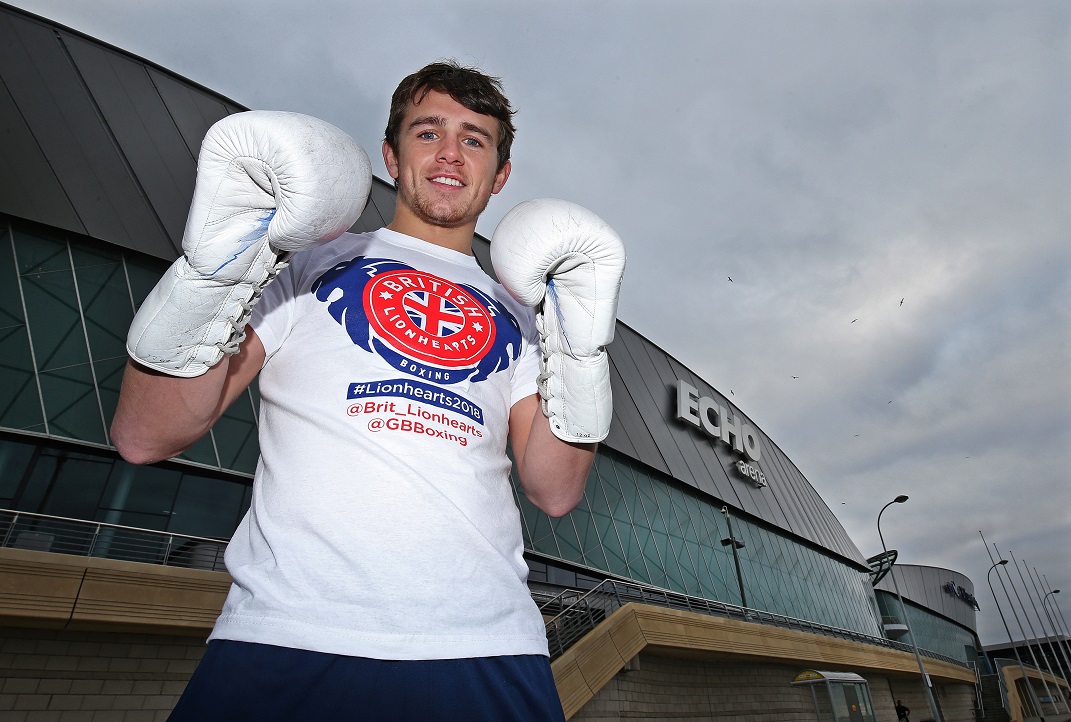 The British Lionhearts has named its team to take on Italia Thunder when the World Series of Boxing (WSB) makes its debut in Liverpool at The Auditorium, Echo Arena on Friday 2 March 2018.

Tickets for British Lionhearts v Italia Thunder in WSB priced £20 are available at www.echoarena.com and www.gboxing.org.uk/tickets.

WSB is a team boxing competition.  It bridges the gap between Olympic and professional boxing and is contested by the world’s leading amateur boxers who compete without vests or headguards over five three-minute rounds. WSB matches are made-up of five bouts and the team which wins three or more is the winner.

The Lionhearts are looking to build-on the 5-0 home win in their most recent fixture against the Croatian Knights, which followed a narrow 3-2 defeat to the France Fighting Roosters in the team’s season opener in Paris.

Luke McCormack, won his bout in the match against France and is looking forward to making his second appearance of the season as the British Lionhearts, take their home fixtures around the country.

McCormack explained: “My twin brother, Pat, and clubmate, Calum French, were in the team for the last home match in Gateshead so I went to watch it and the atmosphere was absolutely brilliant.  I am hoping it is going to be the same in Liverpool.  It’s great that we have a local lad in the team, in Peter McGrail, but hopefully the fans will really get behind all of the Lionhearts boxers and create a great atmosphere on the night.”

European Champion, McGrail added: “In the last week I have had a lot more people contact me about the WSB match so it seems to be creating a real buzz now.  Liverpool is a sport mad city and the people here know their boxing, so I reckon they are going to love WSB.  My preparations are going well and I can’t wait for the 2nd March.

“WSB is much more like professional boxing with more rounds and all of the extra bits of show, like the ringwalk and the weigh-in the day before.   The matches feature five good quality bouts between top-class boxers so it is not like some pro-show undercards where you know who is going to win the fight before the boxers get in the ring.”

The Lionhearts Head Coach for the match will be Liverpool’s Paul Walmsley who has more than 30 years’ experience in the sport and has coached at Stockbridge ABC and Rotunda ABC.

Walmsley has been a full-time Senior GB Boxing Podium Coach since 2010 and coached at the Olympic Games in Rio 2016 and London 2012, where he was in the corner when the current IBF and WBA World Heavyweight Champion, Anthony Joshua, won gold for Team GB.

Walmsley said: “At GB Boxing we usually compete overseas, so to have the opportunity to lead out the team in my home city in a WSB match is absolutely fantastic and I am sure I will be very proud on the night.

“To have a local lad like Peter – who is extremely talented – in the side is fantastic, however all of the boxers in our team are very good.  I think boxing fans in Liverpool will get behind all of the lads and will really enjoy the WSB.”