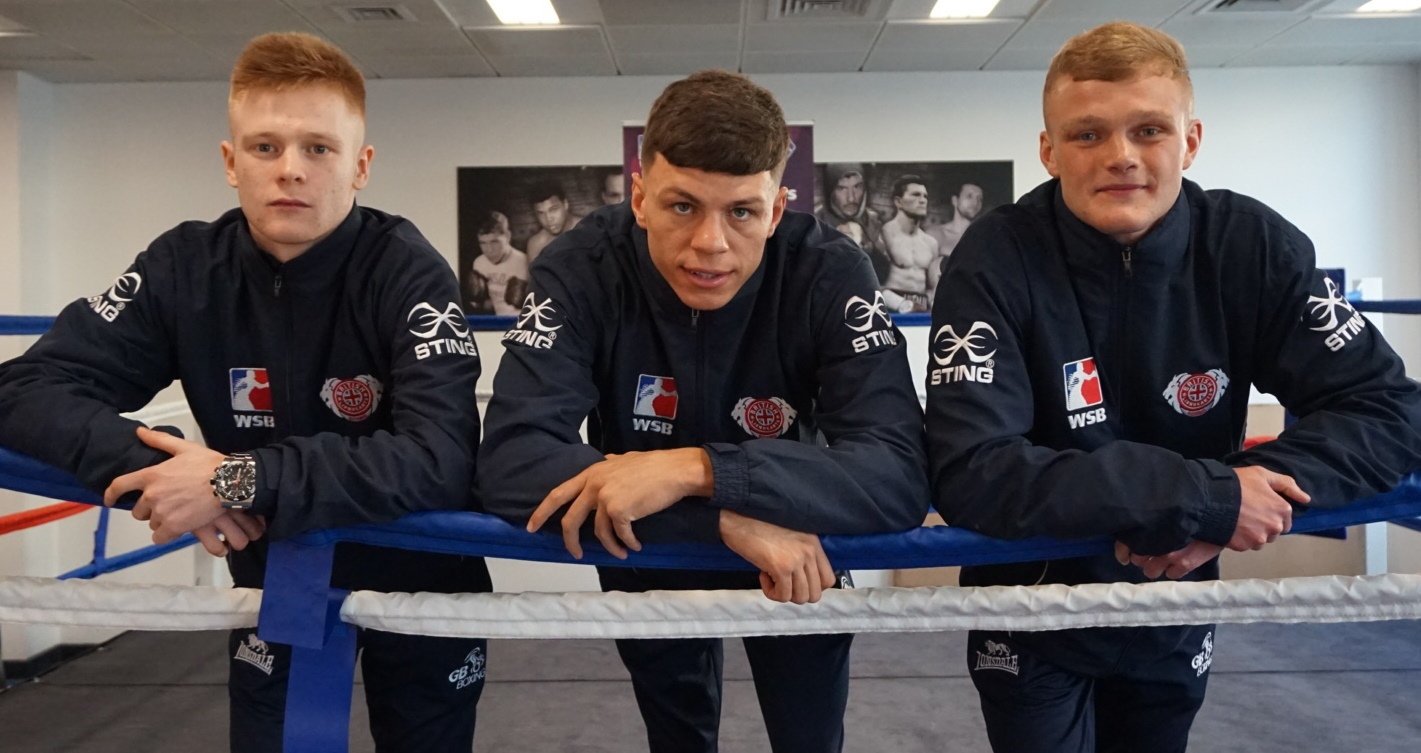 RIO 2016 Olympian, Pat McCormack has vowed to put on a show for the fans when the British Lionhearts take on the Croatian Knights in the World Series of Boxing at Gateshead Leisure Centre on Friday night (16 February 2018).

The match is the first time a WSB event has been held in the North East and the first time that Birtley ABC’s two-time European Championship silver medallist, McCormack, will have boxed in the region for more than six years.

The 22-year-old is unbeaten in WSB and aiming to add to his record of five straight wins when he tops the bill for the Lionhearts against Mate Rudan in the light-welterweight contest on Friday night.

Speaking at a community event where members of the British Lionhearts team linked-up with sports scholars from Gateshead College and boxers from clubs in the region, McCormack said: “The last time I boxed in the north east was a long time ago in a small club show so to be coming back to box in a WSB event is going to be amazing.

“I have lot of family, friends and people from my boxing club (Birtley ABC) coming along so I am determined to put on a show and enjoy myself.

“The WSB events are much more like a pro-boxing show with a ring walk, face-offs and lots more noise, so the fact we have three north east boxers on the bill is great for the fans and should make for a brilliant atmosphere on the night.

“I have not boxed my opponent before (on the international circuit) but the coaches and I have watched him on video so have a good idea of his strengths and weaknesses.  He looks like a game lad, but I am not phased by anyone and there is no way I am going to let anyone get the better of me in my own backyard.”

The event is nearly sold-out though a small number of tickets are still available at www.gbboxing.org.uk/tickets.

The Lionhearts line-up features a strong North East contingent with McCormack being joined in the team by clubmate, Calum French, 22, and Sunderland ABC’s Kiaran MacDonald, 20.

French (3,0) is unbeaten in WSB and will take on Matteo Komadina at lightweight.  MacDonald is making his first appearance in the five round format against fellow debutant, David Alaverdian from Israel who is one of the Croatian team’s overseas picks.

The British Lionhearts team is overseen by GB Boxing which manages the Olympic boxing programme.  GB Boxing’s Performance Director, Rob McCracken, who also trains IBF and WBA World Heavyweight Boxing Champion, Anthony Joshua, explained the reasons why the North East had been chosen as the location for the Lionhearts’ first appearance outside of London.

He said: “The North East is one of the country’s boxing heartlands.  It has a great tradition of producing good boxers and in recent years as had a really big impact on the make-up of the GB Boxing squad and the Olympic programme.

“A quarter of the squad that competed in Rio were from the north east and right now we have more boxers (8) in our Podium and Potential squads from the North East than any other part of the UK.

“One of the reasons we decided to bring the British Lionhearts and WSB to the North east was because we knew it would be well received by the fans and we also wanted to provide an opportunity for young boxers to come and see talents like Pat, Calum and Kiaran, and be inspired by them.

“The WSB shows are much more like a pro show and have a bit more showbiz than traditional amateur shows.  We want young boxers in the North East to come and see Pat, Calum and Kiaran boxing in WSB and think ‘I want to do what they are doing’ and be inspired by seeing what they are achieving in the sport.”

WSB is a global team boxing competition contested by the world’s leading amateur boxers.  It bridges the gap between Olympic and professional boxing and boxers compete without vests or headguards over five three-minute rounds.  A WSB match is contested over five bouts and the team that wins three or more is the winner.