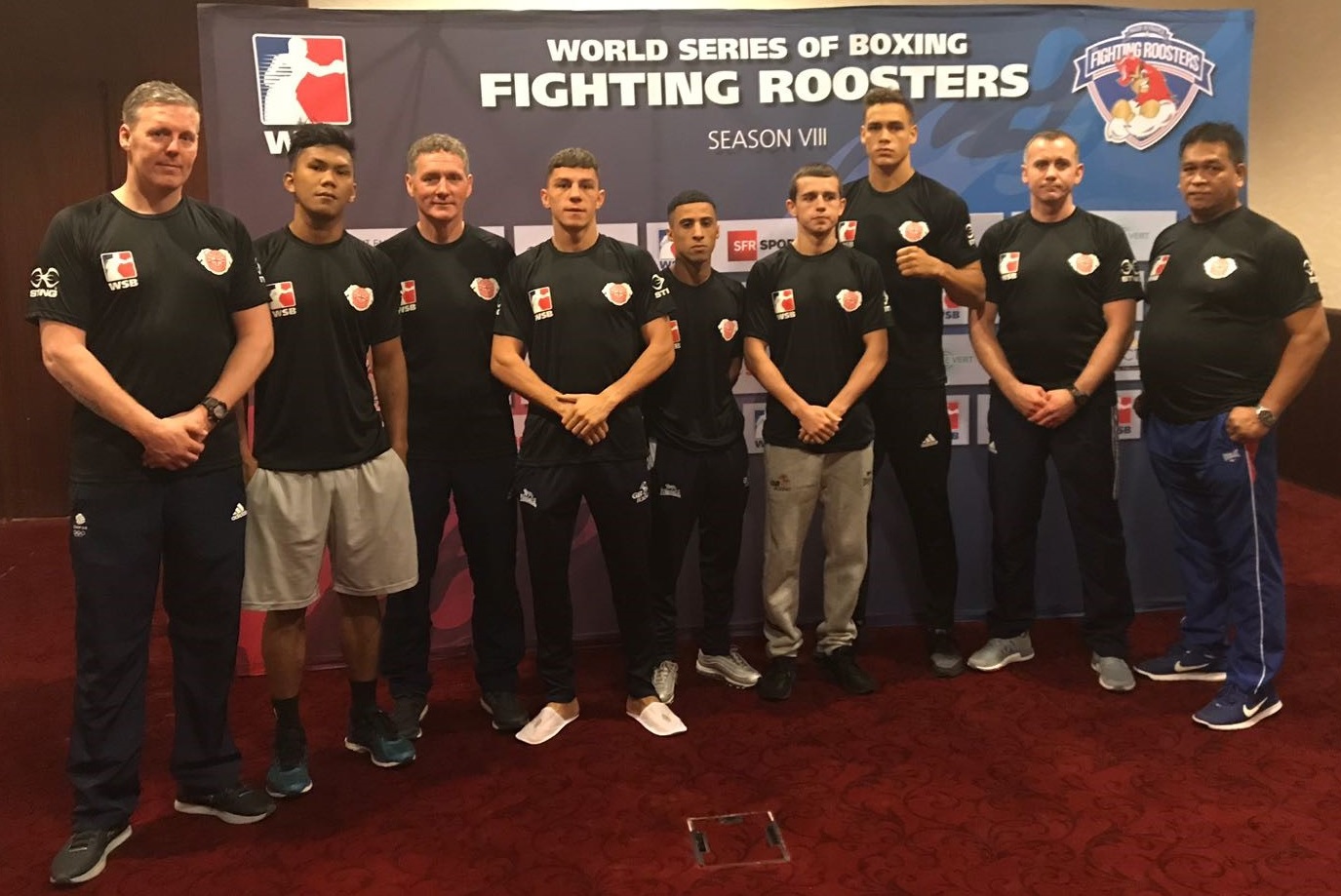 The British Lionhearts had a difficult start to the new season of World Series Boxing (WSB) as the team lost its opening fixture last night, 3-2 to the France Fighting Roosters in Paris.

Shock defeats for Galal Yafai and Peter McGrail, got the Lionhearts off to the worst possible start.

Yafai looked to have the upper hand in his light-flyweight contest with Samuel Carmona and it was a surprise when the judges awarded the bout to the Frenchman.

European champion, McGrail did not reach his usual high standards in the bantamweight bout and, although one judge saw the bout as a draw, the other two gave it to his opponent Samuel Kistohurry.

Birtley ABC’s Luke McCormack got the British team back in the match with a unanimous win over Massi Tachour in the light-welterweight match.

But a defeat for one of the Lionhearts’ overseas selections Eumir Marcial in his middleweight contest with Nizar Trimech gave the French team an unassailable 3-1 lead and victory on the night.

A debut win for the Lionhearts second overseas pick, David Nyika of New Zealand, in his heavyweight bout with Krystian Dimitrov restored some pride but was not enough to prevent the British team leaving France without a point.

British Lionhearts, Senior Coach, Lee Pullen said: “It is disappointing to lose the match, but we are happy with the way the boxers acquitted themselves.  This was the first contest of a new season and there was a bit of ring rust at times, but I am confident the boxers will all push-on from here.

“We have a run of home fixtures coming-up now and I am sure the boxers will be back to their best for those and that the crowds in Gateshead, Liverpool and Newport, are going to see some top performances.”

Peter McGrail added: “I know I was not at my best tonight, but the loss is just going to spur me on and I am 100% confident that I will be back to my best for my next bout which will be against Italia Thunder at home in Liverpool.

“No-one likes to lose but you always learn from a defeat and I will come back stronger from this.

“I am back in camp next week and will be totally focused on preparing for the next match in Liverpool.  It is going to be completely different boxing in front of my home crowd and I have no doubts at all that, come the 2nd of March,  I will be ready to deliver and put on a performance for the fans.”

Full details and scores of the match are available at https://www.worldseriesboxing.com/matches/wsb-season-viii-week-1-france-fighting-roosters-vs-british-lionhearts/.

The British Lionhearts now have two consecutive home matches as the team moves out of London for the first time to tour around some of Great Britain’s boxing heartlands.

They will face the Croatian Knights on Friday 16 February 2018 at Gateshead Leisure Centre when local favourites Pat McCormack, Calum French and Kiaran MacDonald will be in the team.

It will be followed by a clash with Italia Thunder at The Auditorium, Echo Arena Liverpool on Friday 2 March 2018, when European Champion Peter McGrail will box in front of his home crowd.

Tickets for both matches are on sale now at www.gbboxing.org.uk/tickets.