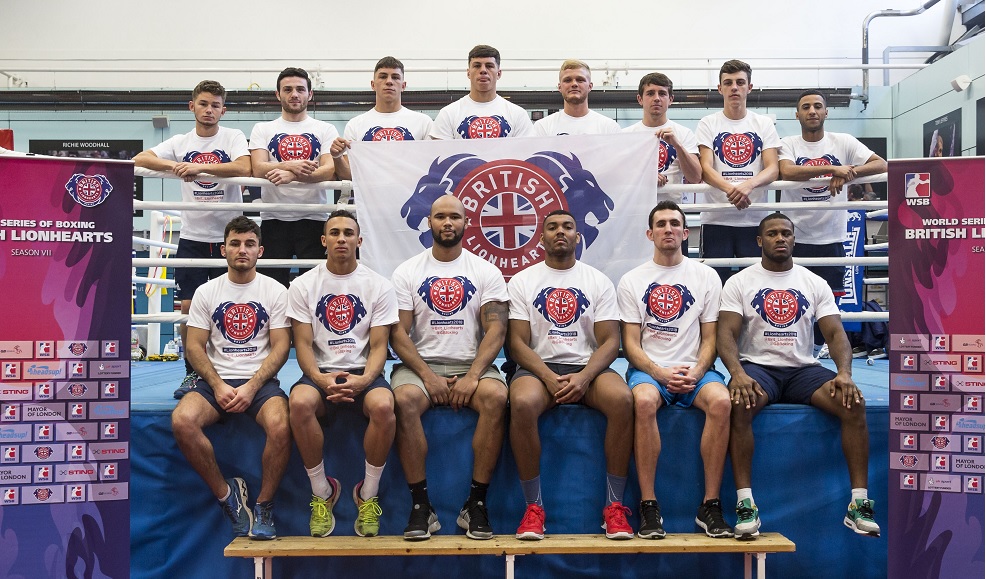 TOP class international boxing is coming to Wales this spring when the British Lionhearts take-on the French Fighting Roosters in the World Series of Boxing (WSB) on Saturday 14 April 2018 at the Newport Centre.

The British Lionhearts squad that competes in WSB is made-up of boxers from the GB Boxing Olympic squad along with a number of overseas selections, including Ward.

WSB is a global team boxing competition contested by the world’s leading amateur boxers.  It bridges the gap between Olympic and professional boxing and boxers compete without vests or headguards over five three-minute rounds.  A WSB match is contested over five bouts and the team that wins three or more is the winner.

Early bird discount tickets for British Lionhearts vs France Fighting Roosters at the Newport Centre on Saturday 14 April 2018 are on sale now, priced £16.50 (including booking fee), at www.gbboxing.org.uk/tickets.

Welterweight, Cyrus Pattinson, said: “I love competing in WSB and am really looking forward to boxing in Newport.  The WSB events are much more like a professional show with a weigh-in the day before, face-offs and a ringwalk on the night so it creates a really great atmosphere.  As a member of the GB Boxing squad I usually compete overseas so to be able to box in the UK is going to be brilliant.”

The British Lionhearts’ Head Coach, Rob McCracken – who is also the Performance Director of GB Boxing and the coach of IBF, WBA and IBO world heavyweight boxing champion, Anthony Joshua – said: “WSB is a top class competition.  All of the leading nations and the best boxers take part in it and WSB shows feature five, evenly matched, high quality bouts.

“Wales has consistently produced boxers that are part of the GB Boxing squad so it is great that we are able to bring this match to Newport and put on a show for the fans.”

Hosting a WSB match in Newport is part of a decision by the British Lionhearts to move the team out of London and around the country for the group stages of the 2018 season.  The other matches will be in Gateshead in February and Liverpool in March.

Councillor Debbie Wilcox, Leader of Newport City Council, said: “This promises to be a great event with the chance to watch top class athletes in action. With the support of our leisure partners Newport Live, local people will have the opportunity to experience the atmosphere of the World Series Boxing on their door step. This is the latest in a series of high profile events we’re hosting in Newport – really putting us on the sporting map.”

Matt Holt, Chief Executive of GB Boxing, which oversees the British Lionhearts team, explained: “We have made the decision to move the team around the country so that more boxing fans will have the opportunity to experience WSB and see boxers from their hometown competing in this format.

“We are very pleased to be taking WSB to such strong boxing areas as Liverpool, South Wales and the North East of England.  The local authorities in each of these three areas have been extremely enthusiastic about hosting the Lionhearts and we are looking forward to working with them on these events and putting on a great show for boxing fans in the area.”

Esther Britten, Head of Major Events of UK Sport, said: “It is fantastic that the World Series of Boxing will be staged across the UK so that sport fans will get the chance to see their local heroes from the GB Boxing team compete in their hometowns. Through the funding commitment from partners, including UK Sport, GB Boxing and The National Lottery, we are confident the great sporting cities of Gateshead, Liverpool and Newport will provide fantastic events and continue the momentum of hosting world class major events across the UK.”