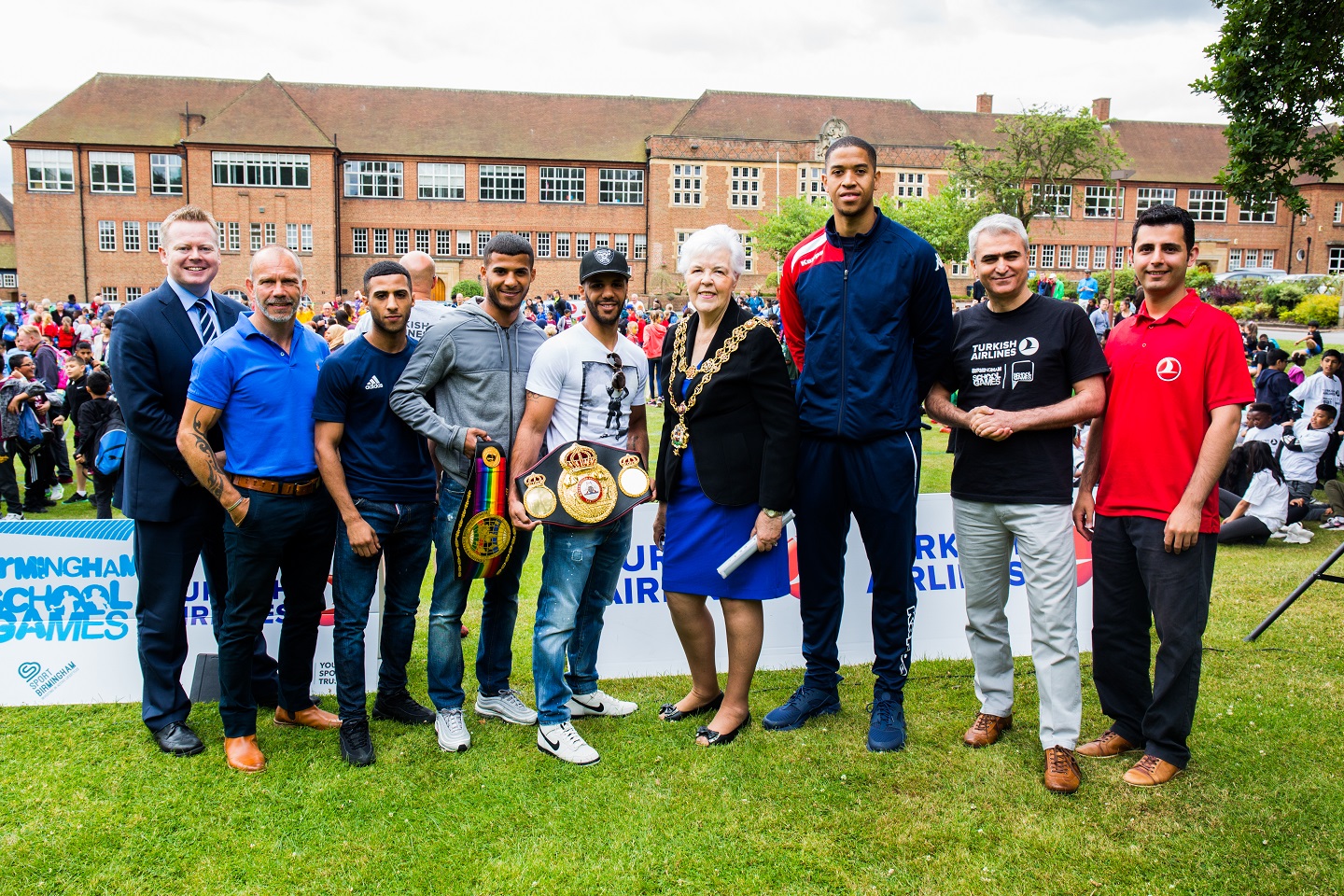 He was joined by his brothers, and previous GB Boxing squad members Khalid and Gamal Yafai.

The School Games looks to carry on the legacy from the London 2012 Olympic Games, encouraging children aged from 3 to 13 years to get involved within school sport.

The three brothers presented medals to school children from all over Birmingham and got involved in the boxing sessions that were taking place in the mobile boxing arena throughout the event.

The event saw over 1000 primary and junior sporting hopefuls get involved across a range of different sports.

Speaking of the event, Galal said: “It’s been great to be here and build these kids’ confidence in sport and we just really enjoyed the whole day.”

Sport Birmingham’s CEO, Mike Chamberlain said: “They’ve been a real hit both in the winter and summer Games. It’s fantastic this band of brothers have chosen to give back so early in their careers.”