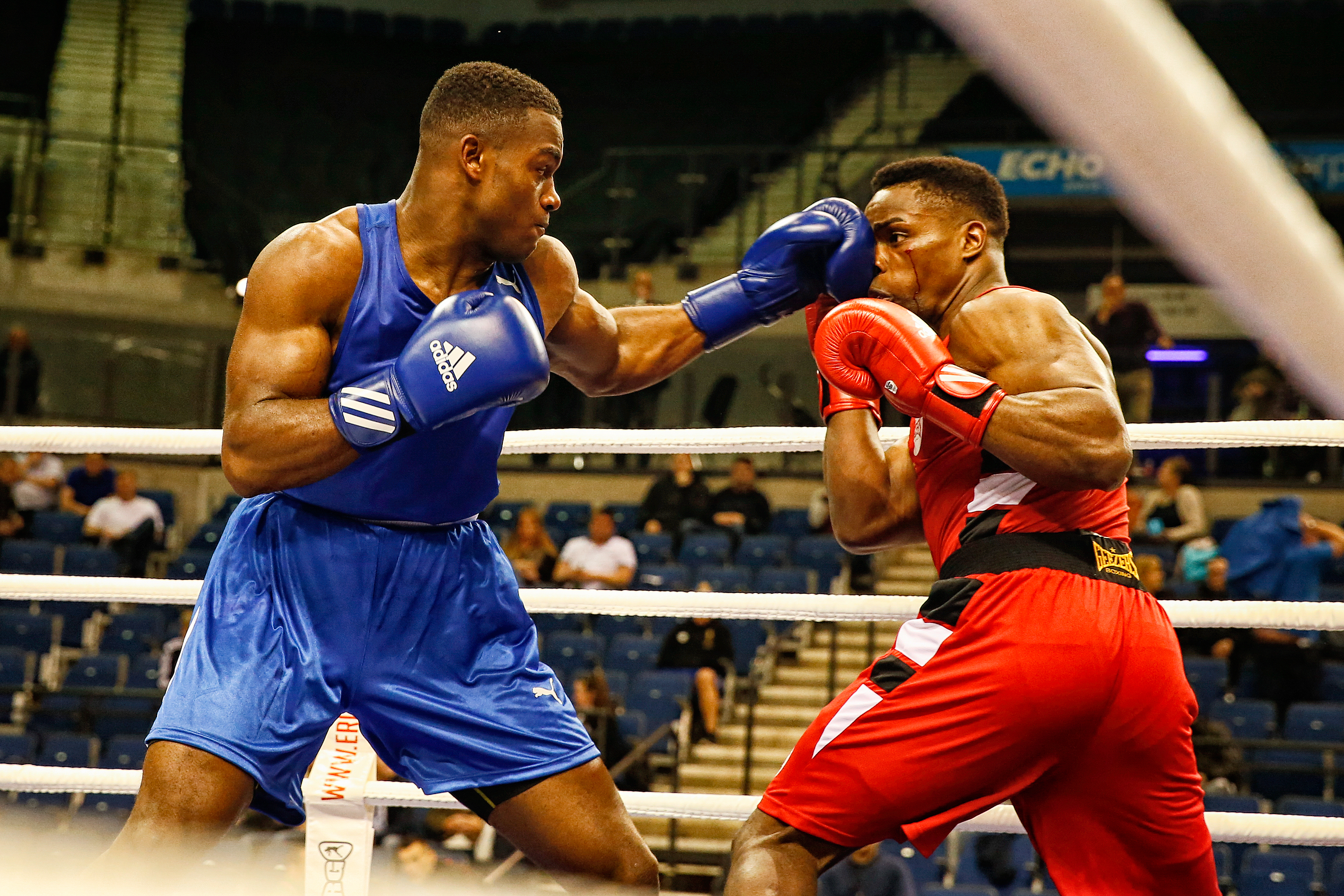 GB Boxing’s Cheavon Clarke (Gravesham ABC), is aiming to become a two-time national champion when the final stages of the England Boxing Elite National Championships 2017 get underway tomorrow (21-23 April 2017) at the Magna Centre in Rotherham.

The 26-year-old heavyweight from Gravesham is defending the title he won in 2016 and aims to cap a successful year that has seen him earn selection for GB Boxing’s elite Podium squad based in Sheffield where he now trains full-time as a funded athlete.

Clarke said: “Last year it was all very hectic as my nan had just died so I had to fit-in competing with going to the funeral in Jamaica.  This year I am feeling more confident.  I am training fulltime with GB Boxing (at the English Institute of Sport in Sheffield) where I have been sparring with the 2016 Olympic bronze medallist, Joshua Buatsi. Just being in the GB environment makes me a better boxer.  It is a fantastic set-up and has a great record of breeding champions.”

A second consecutive title would enhance Clarke’s chances of competing at next year’s Commonwealth Games in Australia, particularly as he is now the only heavyweight in GB Boxing’s Podium squad after Lawrence Okolie chose to turn professional after competing at Rio 2016.

Clarke explained: “As the defending champion I know that everybody wants my head so I have to be ready.  I am feeling confident thought and there is no-one I fear, so my aim is to win the Elites again which will then put me in the frame to be selected for next year’s Commonwealth Games where I want to win a medal.”

Clarke’s success, at the relatively late age of 26 having only taken up boxing aged 19, is also providing a boost for his club, Gravesham ABC and boxing in Kent.

He added: “Out of all the boxers from Kent, I am only the second ever person to have won the Elite Finals. My coach tells me that we are the only club in Kent to have a female and male England National Champion, so it would mean a lot to my club for me to retain my national title.”

A list of all the male and female boxers that are due to take part in this weekend’s Elite National Championships is available here.

On Friday 21 April, the quarter-final bouts will be held from 1300 onwards with two rings in the Arena.  The semi-finals will take place on Saturday from 1400.

The finals on Sunday 23 April will start at 1400.  Tickets are available on the door for all three days.