YAFAI, LOFTUS AND MCGRAIL IN LIONHEARTS LINE-UP FOR ‘LE BOXING CRUNCH’ WITH FRANCE 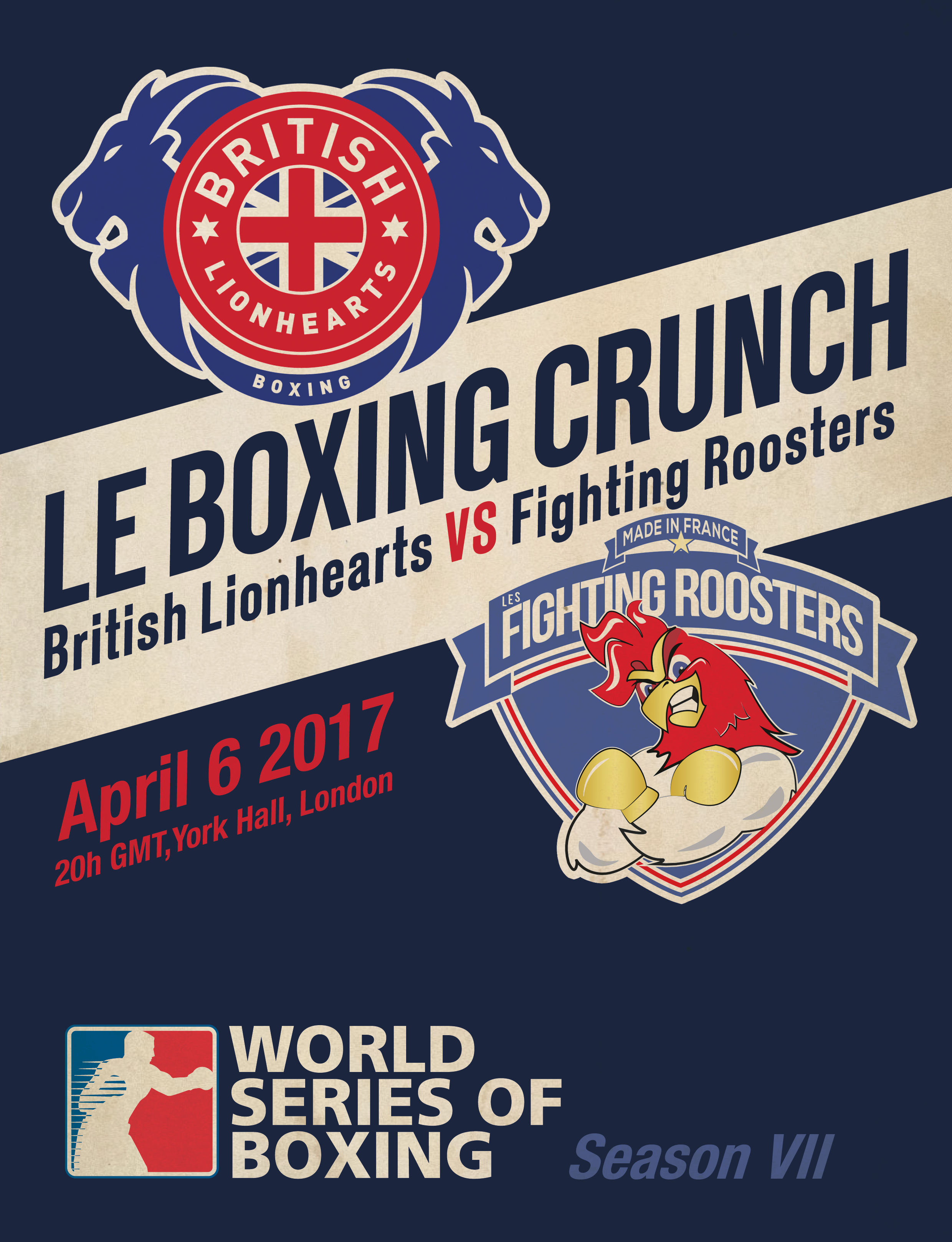 Galal Yafai, Peter McGrail and Conor Loftus have all been named in the British Lionhearts team for next week’s home match in the World Series of Boxing (WSB) against the France Fighting Roosters at York Hall (Thursday 6 April 2017).

The trio are unbeaten this season and starred in the team’s recent 5-0 victory against the Morocco Atlas Lions.

They will be joined in the Lionhearts line-up by overseas selections, Zoltan Harcsa of Hungary and Croatian heavyweight Joesp-Bepo Filip.

Tickets for the match, labelled ‘Le Boxing Crunch’, are available at www.theticketfactory.com.

The Lionhearts go into the fixture on a three-match winning streak after a 3-2 victory away to France in the reverse fixture in February and consecutive 5-0 home wins against Morocco and Italy.

Both teams currently have 10 points and the result of Thursday’s fixture will go a long way towards deciding which team finishes the regular season top of Group B in the WSB.

Light-flyweight, Yafai, who represented Team GB in Rio last summer, said: “We are in good form and looking to get another win against France and hopefully finishing top of the table in our group.  I love boxing at York Hall.  There is always a good home crowd and I will make sure I put on another great performance, as both my brothers (Gamal and Khalid) will be there along with friends and family.”

Leeds-born light-welterweight, Conor Loftus will be making his second appearance in WSB after impressing on his debut with a unanimous win.

He said: “I had a great experience against Morocco last time and just want to get out there again and make sure I get that win.  My WSB debut was a bit worrying for me as it was my first bout at light-welterweight, however, I will be a lot more confident going in to the ring this time, as I know I can make the weight and perform well at it.”

Rising star, Peter McGrail, completes the trio of boxers from the GB Boxing squad in the Lionhearts team and comes into the fixture after earning a silver medal in the recent U22 European Championships in Romania.

The bantamweight from Liverpool said: “I am feeling confident and I am ready for whoever they put in front of me. I have just been away and won a silver medal at the Under 22 European Championships where I put in some good performances against some tough opponents, so I can’t wait to get back out there at York Hall in front of the home crowd.  My mum, dad and brothers will all be there plus I know there will be loads of people watching at home on TV.

“I love boxing at York Hall.  The atmosphere is boss and it gives you confidence going into the ring when you can hear everyone cheering for you. You know that everyone is behind you and you get cheered every time you land a shot.”