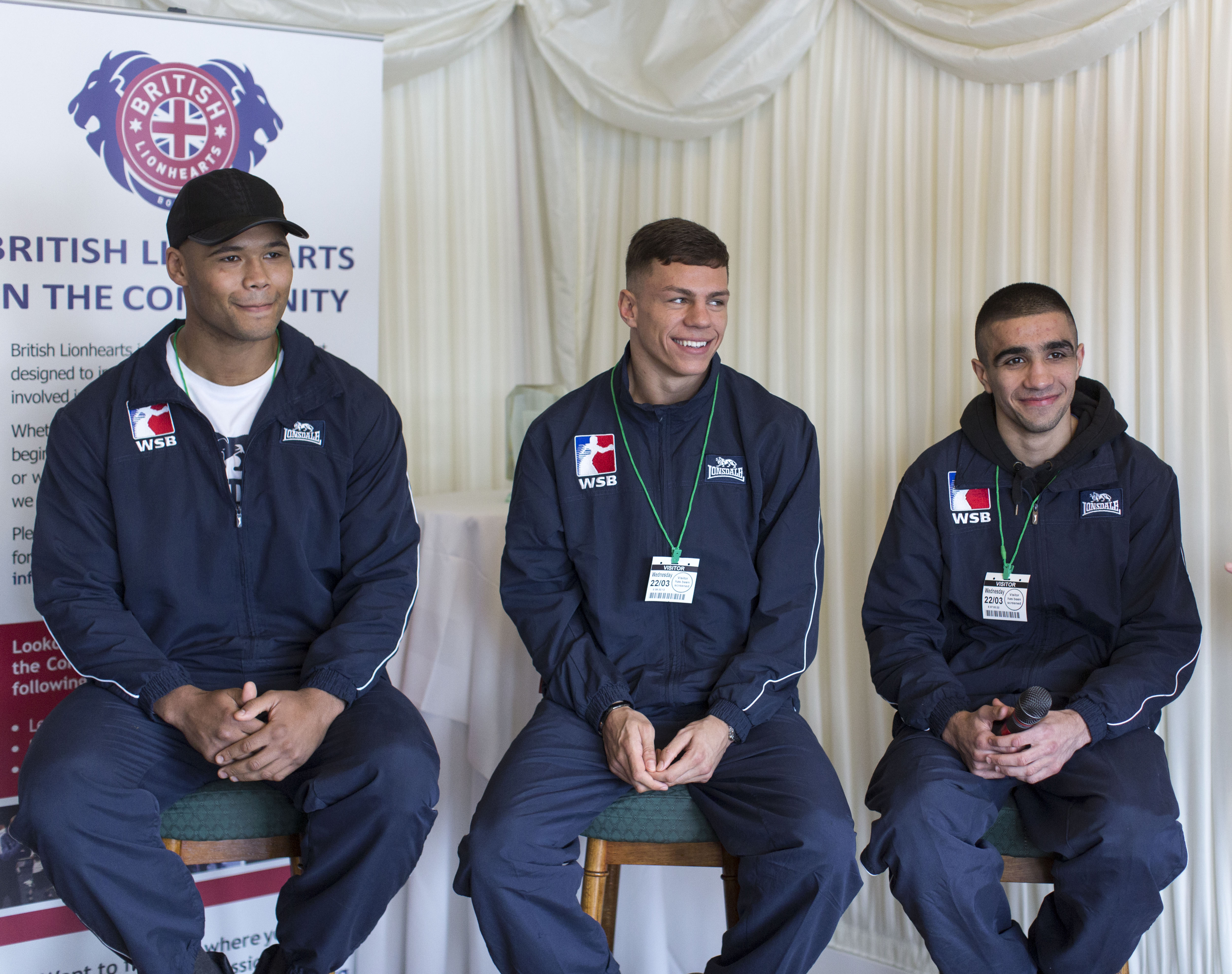 BOXERS and coaches from the GB Boxing squad were at the Houses of Parliament last week to speak at an event hosted by the All Party Parliamentary Group (APPG) for boxing to review the first year of British Lionhearts in the Community (BLITC) and launch year two.

BLITC is the grassroots, community project linked to the British Lionhearts team that competes in the World Series of Boxing (WSB) and has created 12 new community boxing hubs in London and engaged with 2,321 people in the capital in its first year.

The event, which was held on the Pavilion of the House of Commons was attended by the Ministers for Sport, Tracey Crouch MP and featured participants from BLITC, Marques Sobande-Stone and Keera Sweeney as well as Lionhearts boxers, Frazer Clarke, Muhammad Ali, Pat McCormack and Calum French.

Muhammad Ali said: “I got into boxing because I wanted to do something with myself and not just be one of those kids that hang around the street, so it is great that through the Lionhearts we are able to inspire other people to take-up the sport.”

Figures for the first year of BLITC showed that from February to December 2016, the project:

Marques Sobande-Stone, who has taken-up boxing, after initially trying the sport at a community engagement day in Kensington and Chelsea, said: “I could not believe my luck when I came across the British Lionhearts in the community tour in Kensington & Chelsea.  The project gave me the opportunity to take part in free boxing courses and signposted me to my local boxing club (Hammersmith Boxing Academy), where I am now a volunteer and competitive boxer.  It has given me confidence and direction and I am now attending college and studying for an NVQ in sport and boxing.  I have stayed in touch with the project and volunteer at the community days.  I also got to be a flag bearer at one of the Lionhearts WSB shows at York Hall, so I a lot of good things have happened to me as a result of getting involved with the sport.”

Matthew Ryder, Deputy Mayor for Social Integration, Social Mobility and Community Engagement in the Office of the Mayor of London said: “It is fantastic news that British Lionhearts in the Community continues to expand across London, offering more opportunities for young Londoners to get involved in this great sport.

“Boxing helps to bring people from different faiths, backgrounds and genders together. One of the Mayor’s biggest priorities is to create a more integrated London where communities don’t just live side by side, but interact both professionally and socially. That is happening in boxing gyms right across our city, with trainers, coaches and fighters doing an incredible job in breaking down barriers to make our diverse communities stronger, safer and more tolerant places.”

Charlotte Leslie, Chair of the APPG for Boxing added:  “This is Britain and boxing at its very best, bringing the benefits of this unique sport to our community spaces and to people who may never have had the chance to try boxing or may never even have considered it. The extraordinarily successful statistics on participation, especially for women and people who were previously inactive, speak for themselves. But behind every statistic and number, is a life that has been enriched by boxing and the amazing boxers, community groups and boxing clubs around the city who make this sport great. I look forward to supporting British Lionhearts in the Community and seeing them go from strength to strength. ”

BLITC aims to increase participation in boxing and help tackle the issue of inactivity.  It is designed around a four corners approach and aims to provide positive benefits in the areas of: participation and inactivity; health and wellbeing; education and training; and citizenship and community.

The programme is delivered through a series of community engagement days held in busy public spaces and features a mobile boxing ring managed by trained England Boxing coaches.

Members of the public are given the opportunity to try boxing training, learn basic skills and sample aspects of the sport such as hitting a punchbag or punching pads with a coach.

Those who show an interest in learning more about the sport are directed to their local boxing club.  There are also opportunities for people to learn about coaching and volunteering opportunities in boxing in their local area.

The programme is funded by Sport England and the Mayor of London and delivered by a network of boxing clubs and community groups overseen by the national governing body for the sport, England Boxing.  Community groups that will be working with BLITC in year two of the programme include housing associations, apprenticeship schemes, NHS colleges, local authorities and the Metropolitan Police.

BLITC is linked to the British Lionhearts team that competes in the World Series of Boxing (WSB).  More than 120 people from five boxing clubs that have taken part in BLITC have delivered community showcase events at Lionhearts’ home fixtures at York Hall and more than 500 free tickets for the team’s matches have been given out to community projects, boxing clubs and participants from the BLITC project.

In January of this year, BLITC won the award for ‘Harnessing the Power of Elite Sport’ in the London Sports Awards for 2016.

The Chairman of England Boxing, Caspar Hobbs, added: “It is fantastic to see that BLITC has achieved so much in a short space of time.  It is making a great contribution to the growth of boxing in London and having a positive impact on the lives of people that participate in it.”

The British Lionhearts boxing team is a partnership between GB Boxing, which manages the Olympic boxing programme, and the International Boxing Association (AIBA) which operates WSB.  The franchise is supported by funding from UK Sport’s major events budget.

The event at the House of Commons was attended by MPs, participants recruited into the sport in first year of BLITC and members of the British Lionhearts Boxing team, including Pat McCormack and Muhammad Ali, who both competed for Team GB in Rio 2016.

CK Wu, President of the International Boxing Association (AIBA) said: “This programme represents the very essence of WSB values and why AIBA has created this league. By successfully engaging the community around boxing in a collective spirit, the British Lionhearts and all its partners have created a reference for other Franchises to follow. WSB is about teamwork in what is usually considered an individual sport, and the success of this award-winning initiative shows just what can be achieved when we pursue common goals and promote boxing’s core values.” 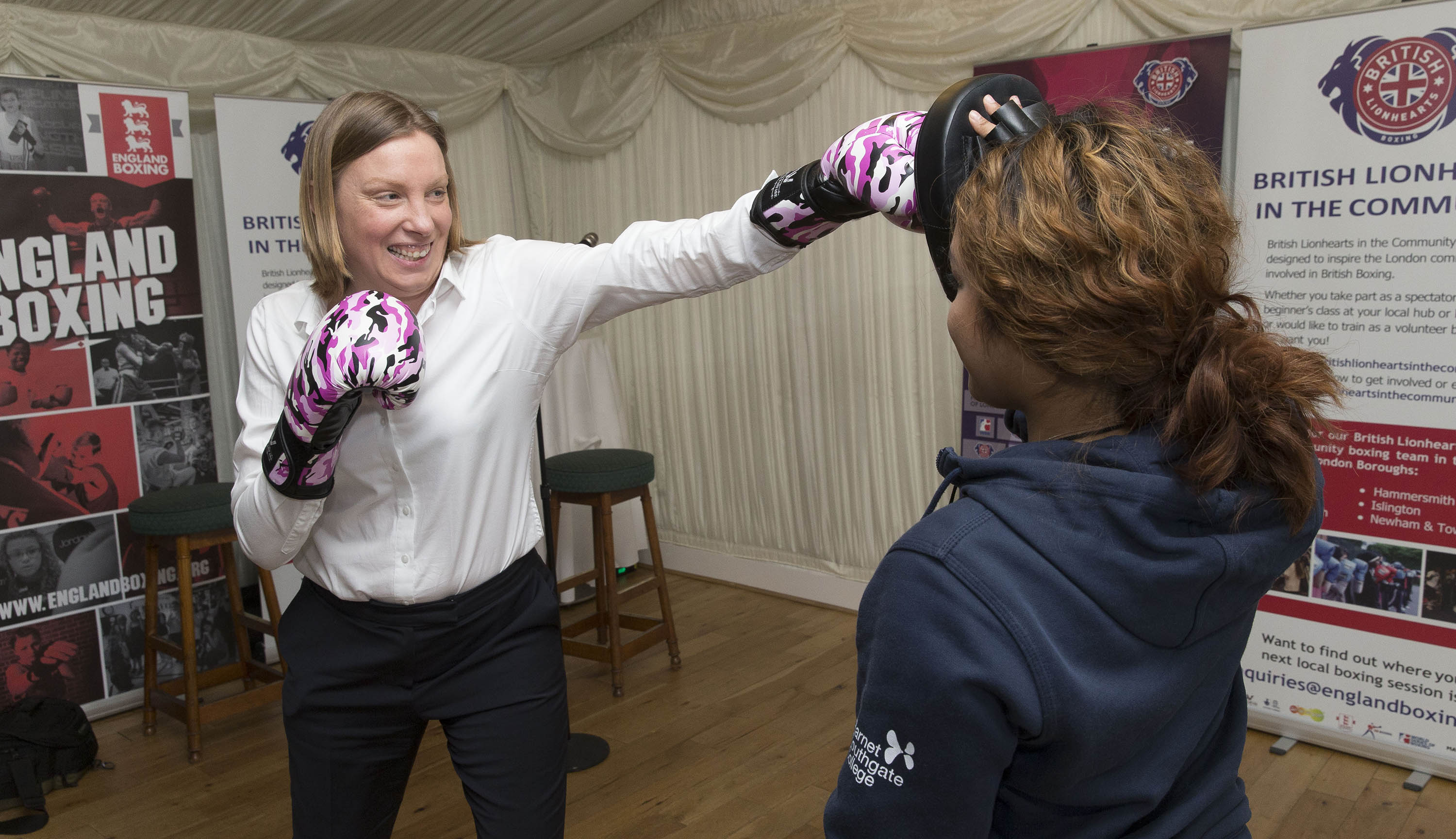 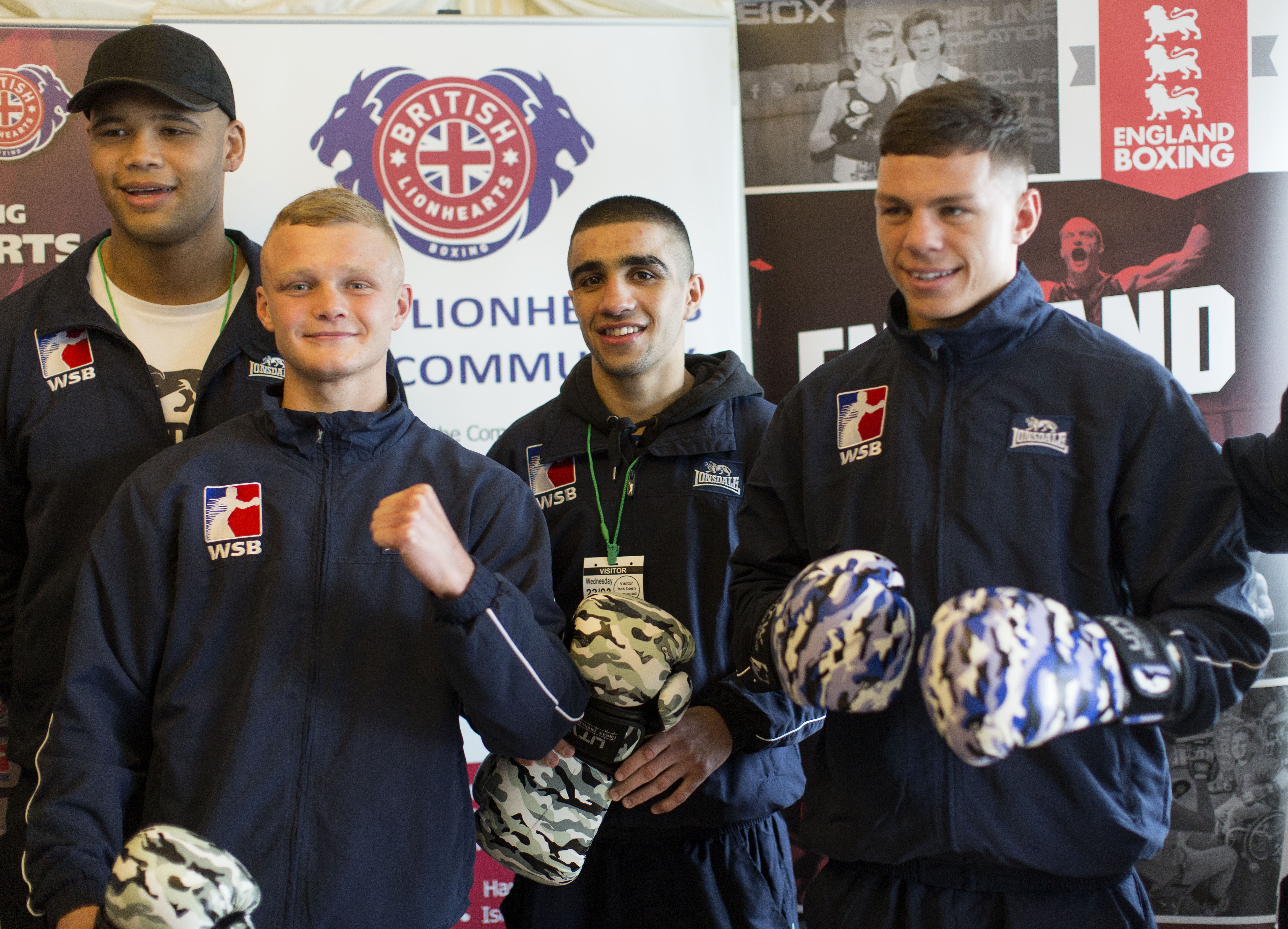 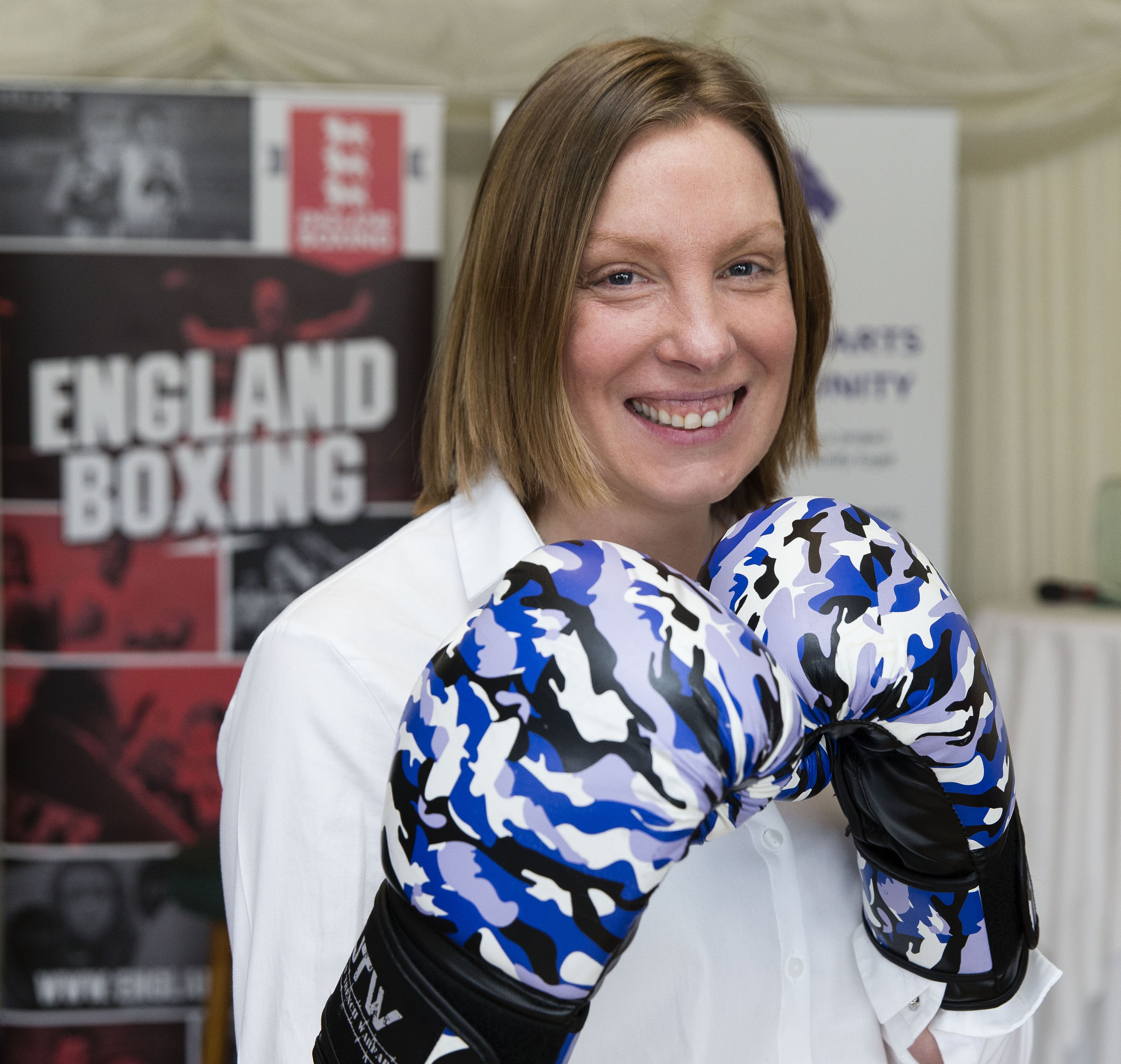