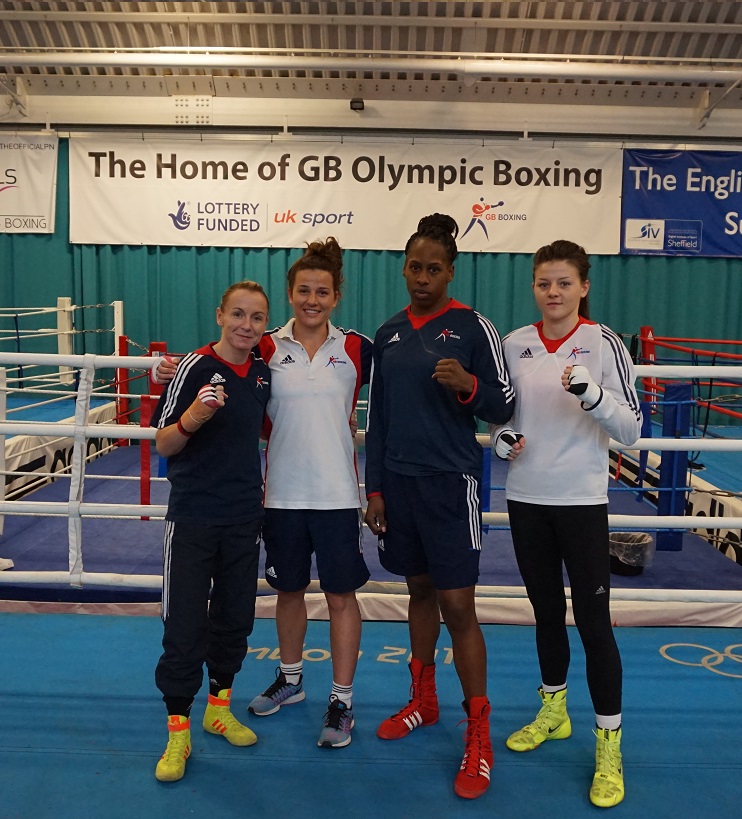 The team includes 2014 World Championship silver medallists, Lisa Whiteside at flyweight (51kg) and Sandy Ryan at lightweight (60kg).   The pair will be joined by Chantelle Cameron at light-welterweight (64kg) and Natasha Gale who will compete at middleweight (75kg).

Olympic flyweight champion, Nicola Adams, and middleweight, Savannah Marshall, who both competed for Team GB in Rio, were not considered for selection and are having a break from full-time training following the Olympic Games.

GB Boxing’s Performance Director, Rob McCracken, said: “The European Championships is always a tough assignment however our boxers have a good record in this tournament so we are approaching it in a positive frame of mind.

“As we head into the next Olympic cycle, it is a good opportunity for the boxers that did not feature at Rio to show what they can do and press their claim for selection at the Olympic weights as we look towards Toyko 2020.”

For Derby’s Sandy Ryan the European Championships will be her first major tournament competing in the Olympic lightweight (60kg) category, having previously won a silver medal at the 2014 World Championships and a bronze at the 2015 European Games at light-welterweight (64kg).

The 23-year-old heads to Sofia in good form, having won gold on her last two outings at the Balkan Tournament in Bulgaria and most recently at the Feliks Stamm in Poland where she was named Best Technical Boxer of the Tournament.

Ryan said: “I am in a good run of form and am looking forward to competing in a major tournament in the lightweight category.  It is a confidence boost to be selected in the Olympic weight class and an opportunity for me to really establish myself as the number one lightweight in the GB squad and show that I have the ability to be successful in this weight division.”

All four of the women from the GB Boxing squad will compete for England at the European Championships.  They will travel in a party with three other boxers that have been selected by England Boxing to compete at the tournament.  Demie-Jade Resztan wil compete at light-flyweight (48kg), Ramla Ali at bantamweight (54kg) and Raven Chapman at featherweight (57kg).

The full selection is (* member of GB Boxing squad):