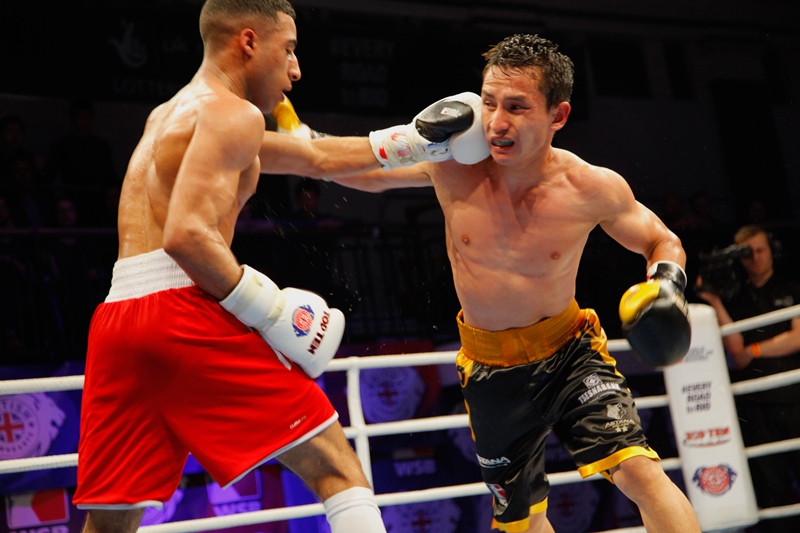 The British Lionhearts edged closer to making the final of this year’s World Series of Boxing last night (Thursday 26 May), with a 3-2 win over the Astana Arlans of Kazakhstan in the first leg of their semi-final at York Hall.

It could have been an even better night for the Lionhearts against the reigning WSB champions as both of the team’s defeats were by split decision as bantamweight, Peter McGrail and middleweight, Troy Williamosn were denied victory by the finest of margins.

The Lionhearts need to win three bouts to secure victory and a place in the final.  If the scores are tied at 5-5 there will be a box-off at flyweight.

The match will also be shown live on BoxNation at 8.00pm.

Results of Thursday’s bouts are below: