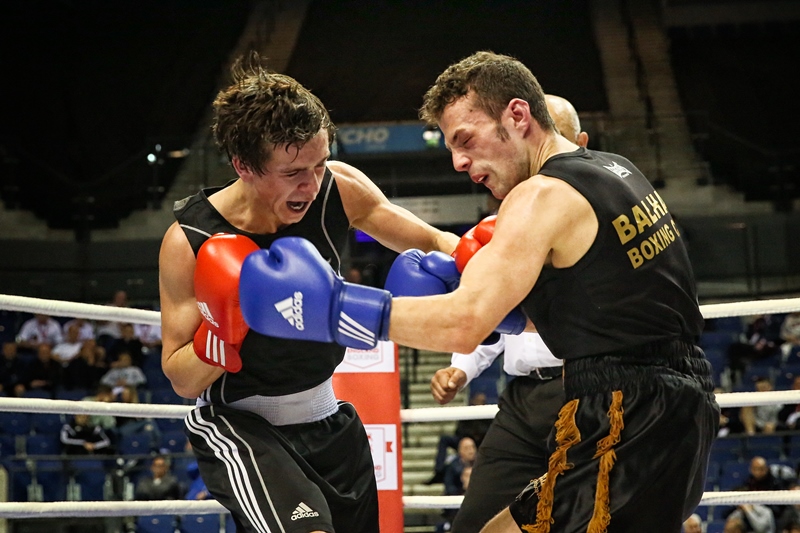 SEVEN members of the GB Boxing Podium squad will be among the 76 men and 39 women that will compete in this weekend’s England Boxing Elite National Championships 2016 at the Echo Arena Liverpool, 29 April – 1 May 2016

They include 2014 World Championship silver medallists, Lisa Whiteside and Sandy Ryan who will compete at flyweight and lightweight respectively.   GB Boxing’s female contingent is completed by Sheffield’s Natasha Gale who will be defending the middleweight crown she won last year.

Lisa Whiteside said: “The National Finals weekend is always very special.   Being part of the GB Boxing squad, I usually compete abroad so this is one of the few times when my family and friends get to watch me so I am really looking forward to it and hoping to bring quite a few supporters.  It will be great to be back in Liverpool and I am looking forward to defending my title.”

The men’s competition will include GB Boxing’s exciting super-heavyweight, Daniel Dubois, who will be competing in the National Finals for the first time and hoping to follow in the footsteps of previous winners.

The other members of the Podium squad joining Dubois are light-flyweight, Sunny Edwards, welterweight, Ekow Essuman, and bantamweight, Peter McGrail, who will be hoping to go one better than last year’s second place.

McGrail said: “I am looking to right the wrong of last year’s final.  I don’t think I boxed my best that day, but after watching it back I think I did enough to win.  My coaches have all said the same but these things happen in boxing and the good thing is that I have an opportunity to put it right.”

Landing a first national title would cap a superb year for the Everton Red Triangle boxer that has seen him fast-tracked into GB Boxing’s Podium Squad where he now trains four days per week at the English Institute of Sport (EIS) in Sheffield.

He has also competed for the British Lionhearts in the World Series of Boxing (WSB) and comes into the National Finals in good form after a sparkling performance in the team’s quarter-final victory over the Ukraine Otamans when he totally outclassed Vladyslav Vyetoshkin over five rounds at York Hall.

A fill list of the 115 competitors in this year’s National Finals is here: http://www.abae.co.uk/aba/index.cfm/news/elite-championships-2016-quarter-finalists-and-weigh-in-times/.

England Boxing board member and Chair of the Technical Rules and Championships Sub-Committee, Giorgio Brugnoli, said: “The finals weekend of the Elite National Championships is one of the highlights of the boxing calendar.  It is steeped in history and an opportunity for boxers to make a name for themselves and show they are the best at their weight in England.

“Previous winners include big names like Anthony Joshua, Carl Froch, Frank Bruno, David Haye, Nigel Benn and, in the women’s competition, Nicola Adams, and I am sure that this weekend we will see some boxers that go on to become major stars of the future.”

On Friday 29 April, the quarter-final bouts will be held from 12.00 noon onwards with two rings in the Arena.  On Saturday 30 April, there will be one ring in the Arena for the semi-finals, which will run from 12.00 noon.  The finals on Sunday 1 May will start at 2.00pm.

Tickets are on sale now for the England Boxing Elite National Championships 2016 and can be purchased in advance by calling the Echo Arena Box Office on 0844 8000 400 or online at http://www.echoarena.com/englandboxing.