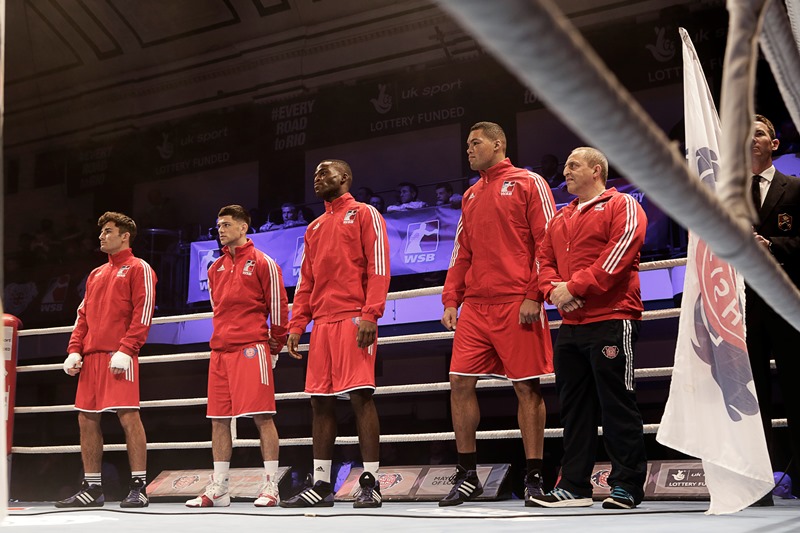 The British Lionhearts has announced its line-up for this this week’s quarter-final against the Ukraine Otamans in the World Series Boxing (WSB) at York Hall on Thursday 21st and Friday 22nd April 2016 (doors at 6.30pm, boxing from 8.00pm)
The team contains six members of GB Boxing’s podium squad and will feature a third outing for super-heavyweight Frazer Clarke who has been in explosive form this season, dispatching both of his previous opponents in the first round.

Great Britain’s Troy Williamson will compete in the tie-break if the match finishes all-square with five wins each.

Tickets for both nights are on sale now at http://tickets.sky.com/Boxing/World-Series-of-Boxing.

None of the boxers from the GB Boxing squad that competed in last week’s European Qualification event in Samsun, Turkey, were considered for selection by the British Lionhearts, however they will be eligible if the team makes it past the Otamans and into the semi-final.

The match will be the third time the Lionhearts and the Otamans have met in WSB following clashes in the group stages in 2013 and 2015.   The Ukranians have won on every occasion and hold an aggregate 14-6 advantage, which the Lionhearts will be looking to challenge, having recently been named the Team of the Regular Season for 2016.

The full British Lionhearts line-up is:

The match will be shown live on BoxNation on Thursday 21st April and Friday 22nd April from 8.00pm.