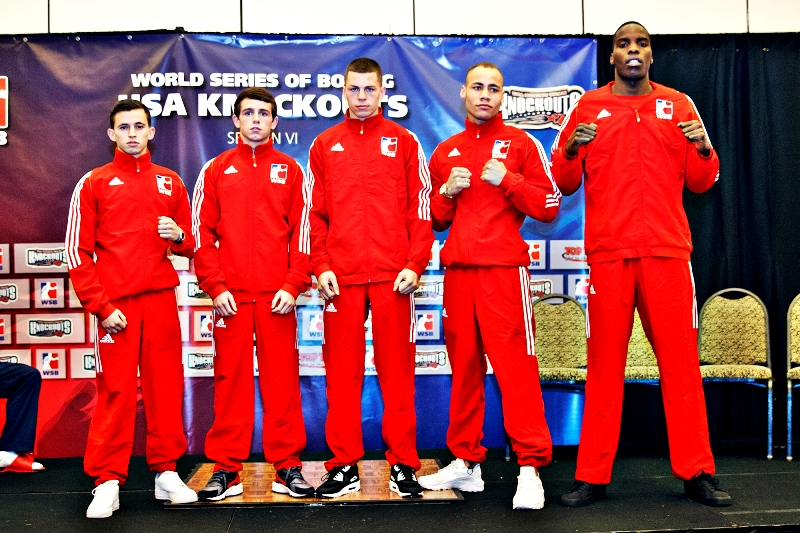 The British Lionhearts made a winning start to Season VI of the World Series Boxing (WSB) last night with a tense 3-2 victory over the USA Knockouts at the Miccosukee Sports & Entertainment Dome in Miami.

Wins for Harvey Horn, Pat McCormack and Lawrence Okolie gave the British team victory in a nailbiting, see-saw contest that was decided by a split decision in the final bout of the evening in-favour of the British heavyweight making his debut in the competition.

It was the second time the Lionhearts have won in America and follows the British team’s 4-1 victory against the USA Knockouts in Season III of WSB.

Light-flyweight, Harvey Horn, got the Lionhearts off to the best possible start with a unanimous 3-0 win over Nico Hernandez to chalk-up his first victory in WSB.

The USA levelled the scores when the former Youth World and Olympic Champion and rising star of American boxing, Shakur Stevenson, defeated Peter McGrail in the bantamweight match.

2015 European Championship silver medallist, Pat McCormack put the Lionhearts back in front with a win on his WSB debut to secure a hard fought unanimous victory over Gary Russell in a competitive light-welterweight contest.

Victory for the Knockouts’ Charles Conwell over Great Britain’s Troy Williamson in a fierce middleweight contest squared the match at 2-2 to set-up a nailbiting finale in the heavyweight bout.

The decider pitted WSB debutant, Lawrence Okolie against the USA’s highly experienced Cam Awesome who has recently dropped down from super-heavy to the heavyweight division.

Undeterred by the gap in experience between the pair, Okolie took control of the contest from the first bell and as the bout progressed, he found his range to land the more eye-catching shots and secure victory for himself and the team on a split decision.

British Lionhearts Coach, Lee Pullen, said: “Away victories in WSB are always hard fought so the team has done superbly to secure the win tonight. To come here with such an inexperienced team, including two WSB debutants, and leave with the win is a tremendous performance.  All of the boxers acquitted themselves very well and even those that did not win tonight will have learnt a lot from the experience.”

The British Lionhearts next match is away to the Morocco Atlas Lions on 5 February 2016 in Casablanca.

The team’s first home fixture will be against the Mexico Guerreros at York Hall on 18 February 2016.

Advance tickets are £15 per fixture or a season ticket for all three home matches is available priced £30.